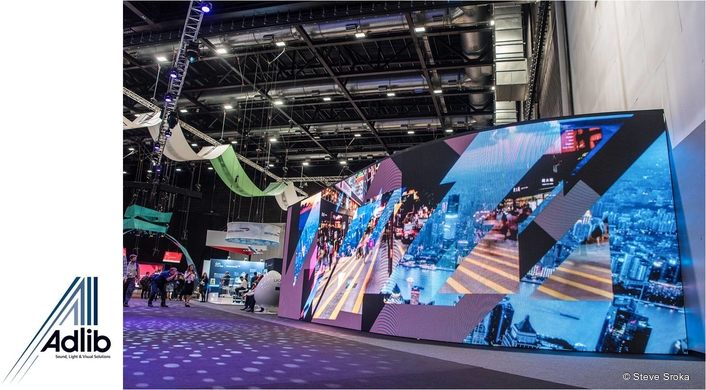 Adlib has had a busy summer after making substantial investments in touring and rental video in the first half of 2018.
The major purchase has been the addition of Unilumin’s UpadIII H5 5mm indoor / outdoor LED screen, which has been designed for quick and safe assembly with the demands of touring and concert style events in mind.

Other new purchases include new broadcast quality camera channels, PPUs and Green Hippo KARST media servers, allowing Adlib to offer large scale video production options to all its clients, as well as versatile single solution technical packages for those wanting to source video lighting and sound equipment and expertise from one supplier.

BBC Music's Biggest Weekend
The event which generally kicks off the UK festival season in great style was expanded to multiple sites this year, Adlib supplied sound and lighting to both stages at Scone Palace in Perth, Scotland, plus video to the main stage, utilising the new Unilumin UpadIII H5 LED screen.

The BBC provided camera feeds which came into Adlib’s PPU, together with Adlib’s own custom media servers running Watchout – capable of three outputs at 4K and 12 at HD resolution - which were used to manage the ‘house’ video content including ‘holding graphics’ and artist video content. 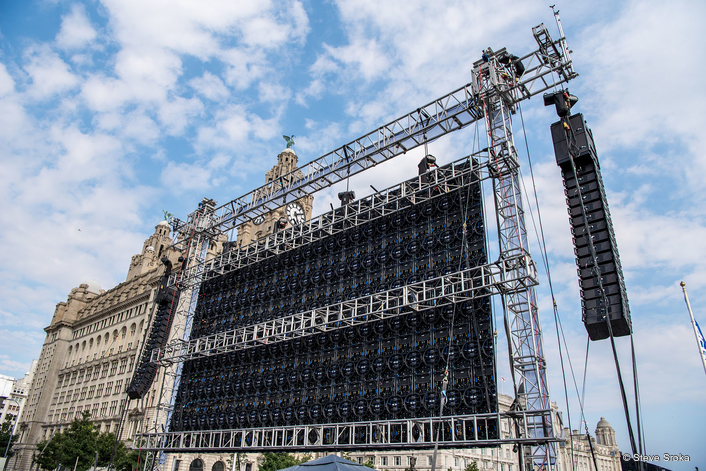 Left and right of stage the two IMAG screens measured 6 metres wide by 8m high in portrait format, and onstage there was an impressive 15 metre wide by 8 metre high surface made up from the same 5mm LED.

The screen was rigged directly onto header trusses with direct connection to hoists utilising Adlib’s spreader bars. This allows the screen to be picked up on a single point every 3 metres, an efficient build process which seriously speeds up get-ins and outs. “The spreader bar also allows us to achieve greater trim heights which gives us more flexibility and an overall neater look.” says Adlib’s head of video, Tom Edwards 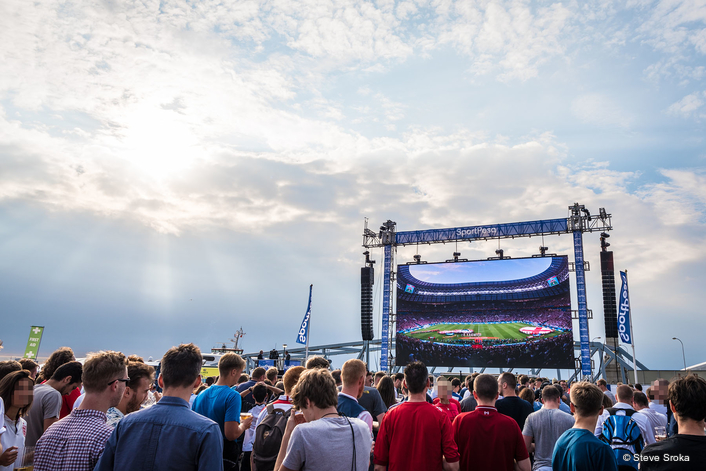 New investments have been made in all areas of video infrastructure, and that includes Lightware fibre connection boxes which enable 4K signals to run at 60Hz over distances more than 150 metres.
All of this shows that Adlib is committing to having some of the best and most innovative technologies onboard and at the disposal of all its clients.

Liverpool Fanzone
With the sizzling heat, intense sunshine and excitement and buzz of the 2018 FIFA World Cup in Russia, it’s been an unprecedented summer.

Adlib became embroiled in the football action when asked, - at short notice due to the seat-edge developments and progress of England’s amazing performance in the tournament - to supply LED screens for a large Fanzone accommodating 8,000 supporters at the Pier Head on Liverpool’s iconic waterfront.

This was for the semi-final against Croatia … allowing fans to enjoy the thrills and spills of the game on a 17 metre wide by 7 metre high screen.
This was the same UpadIII-H5 5mm surface, which proved its versatility once again in this very different but equally visible context. 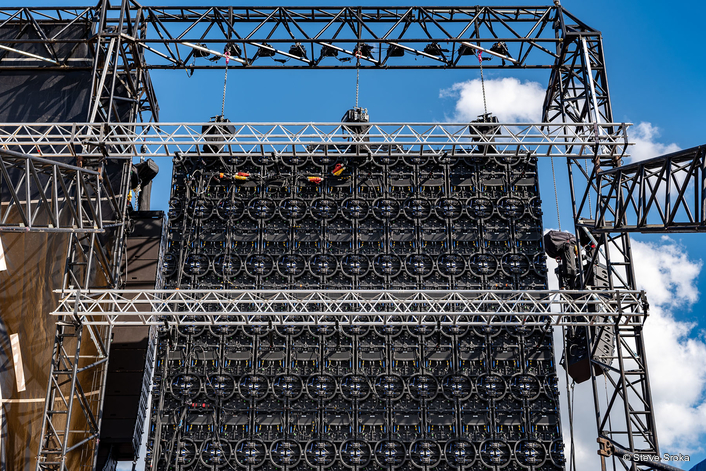 Back of Unilumin UpadIIIH5 LED video wall at Rewind North

The screen was rigged on a ground support structure supplied by Adlib’s friends at Prism Lighting, and wind-proofed by the crew utilising the UpadIII H5 rear bracing points, all of which enabled the screen to handle wind speeds of up to 20 metres a second / 45 m.p.h.

This was essential to ensure the safest operating conditions at the Pier Head which is a notoriously windy and blustery spot!
Adlib also supplied an L-Acoustics KARA sound system including a DiGiCo console to deal with all audio needs.

Rewind 2018
Adlib supplied a full production package – sound, lighting, video and rigging - to all three sites of this popular event which features a wealth of old skool artists and is heralded as the greatest 80’s festival in the world ! The first in Scotland at Scone Palace, was followed by the North event at Capesthorn Hall in Cheshire, then the Southern site in leafy green Temple Island Meadows, Henley on Thames.

The complete video package included LED screens, media servers, a full camera system and PPU, and the set up was identical at each site.
The screens comprised a rear upstage surface of 12 metres wide by four metres high flanked by two side IMAGs 8 metres tall by 6 metre wide portrait format … all made up from the Unilumen UpadIII H5.

Adlib’s Green Hippo KARST media servers were supplied – with hot backup – to deal with the various artist / guest footage, and Adlib took care of all the content management and co-ordination and produced the ‘house’ content including holding graphics and logos. 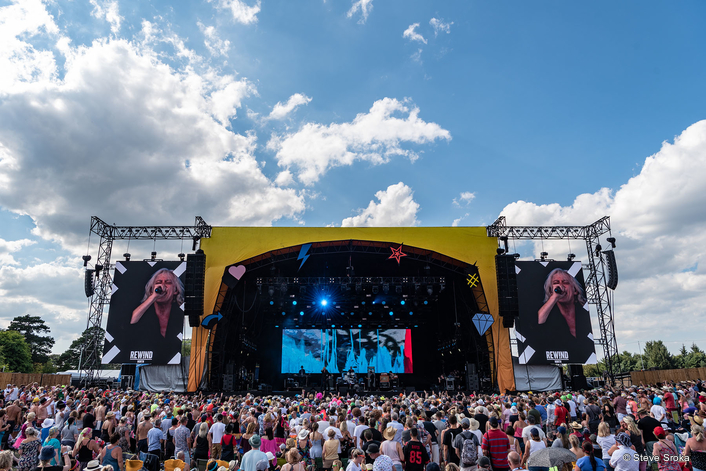 The camera system consisted of four operated Sony HXC-100s, two stationed at FOH with two onstage, one on a fixed pedestal at the side and one hand-held and mobile.
These were all fed back to a new engineers’ rack which houses four Camera Control Units (CCUs) plus assorted OTHER control elements including Marshall scope monitors, Green-Go digital comms channels and a Glensound Talkback Matrix Mixer.

These are just three diverse shows and events serviced by Adlib’s video department this summer, others include multiple venues at the 2018 International Business Festival (IBF) in Liverpool and the Summer Sessions in both Edinburgh and Glasgow.