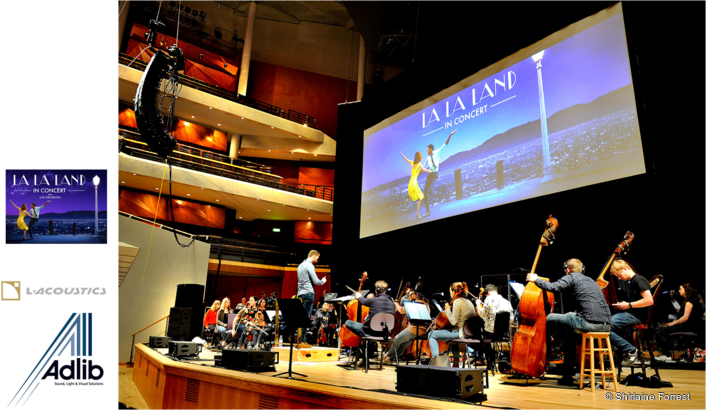 The orchestra rehearse before the show.

Adlib was working for Senbla’s Harvey Leslie as production manager & Kitty Stafford-Clark as producer, with a crew of four chiefed by Alan Harrison who was also the system tech, joined by Laurie Binns and Steph Fleming looking after the patch and monitor engineer Max Taylor. Also on the audio team was FOH engineer Arne Bock (working directly for the production.) 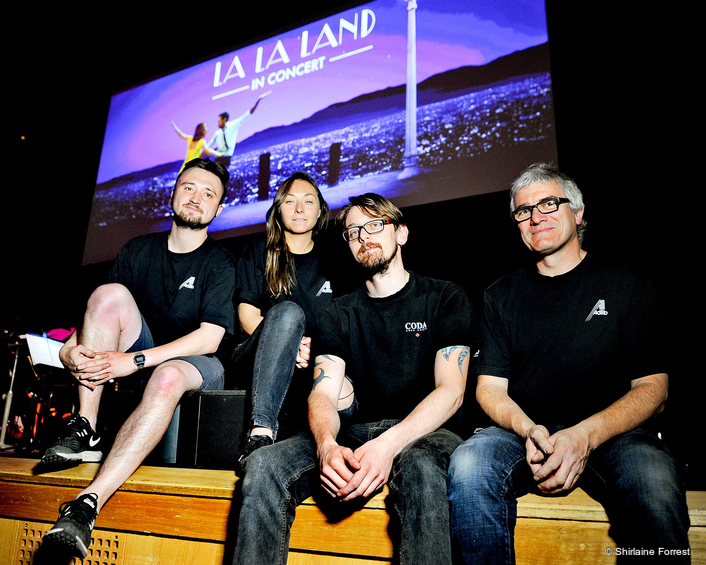 The tour played a selection of high profile concert halls all around the UK over a period of 10 days … and was a massive success.
As with any orchestral scenario, precision and detail were key to getting both the acoustic & aesthetics spot-on, and this is the reason why KARA was selected. Other factors included the compact size and low weight of the speakers, which allowed all eyes to be focused on the massive cinema screen upstage. 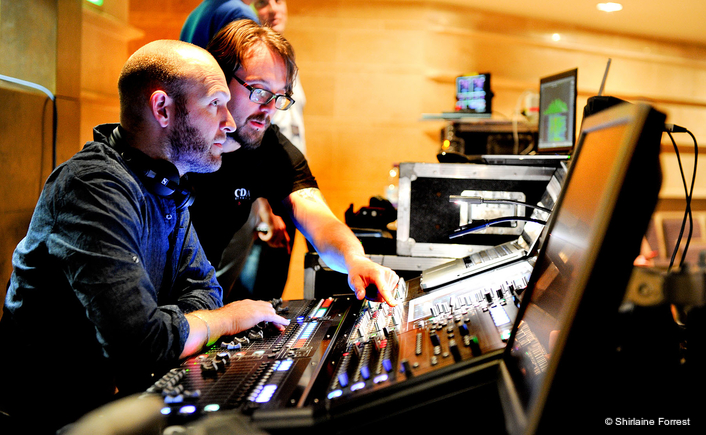 In addition to that, the exceptionally predictable frequency response of the KARA meant the system design for each room could optimise the audience experience and deliver maximum clarity and even tonality for both orchestra and the spoken dialogue from the movie soundtrack, despite some compromises that were necessary due to the screen position.
The two main PA hangs were 12 x KARA, with four ARCS II a-side for in/out fills, four KARA for stage lip fills and two KS28 subs per side. 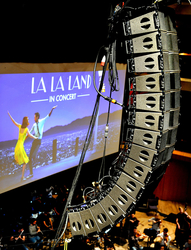 Having a central focus for the dialogue was vital and the front fills were fed by a separate mix from the DiGiCo SD10 FOH console to allow extra dialogue to the front half of the audience to counter the acoustic sound of the orchestra as well as to boost their ability to focus sound in relation to the screen.
The system was powered by L-Acoustics LA12X amplifiers, complete with a standard Adlib Lake processing, EQ and system management.

Four Adlib new AAFD3P mid-highs made up the side fills running in conjunction with AA215HLv2 subs – also from Adlib’s proprietary range - and conductor David Mahoney utilized a self-powered ‘hot-spot’ style personal monitor. A DiGiCo SD12 console was the monitor console of choice for Max.
The Adlib team worked closely with David Mahoney explained Laurie. They ensured that he was happy with everything monitor related and the levels of ADR (automated dialogue replacement) coming from the film which enabled him and the musicians to sync to the onscreen characters and action. 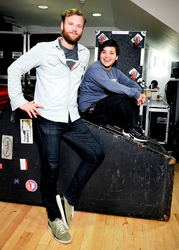 They also made sure he was comfortable with the levels and proportions of special effects and ADR tracks from the film in his personal monitor.
All the other monitoring was achieved using hard-wired IEMs and Adlib’s custom headphone split system which allowed the provision of independent level-controlled mix to each member of the orchestra, apart from the percussion, pianists and jazz trio who had their own IEM mixes.

The mics were primarily DPA 4099s for the strings and brass and DPA 4011s for the percussion, with Neumann KM184s for the woodwind and overheads.
Adlib really enjoyed working in this different environment and watching the orchestra and soloists harmonise with the film during the show, bringing it to life with a new richness, vibrancy and multi-dimensionality that is so much more immersive than watching in a standard movie theatre. 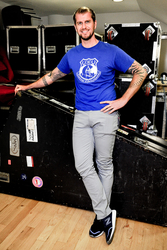 Adlib had worked on its first orchestral project for Senbla’s Harvey Leslie and Kitty Stafford-Clark earlier in the year, with an arena tour of “Harry Potter & the Philosopher’s Stone TM” which was also extremely popular.
Adlib Account Manager Phil Kielty comments, “As a lot of us are movie geeks, it was a real thrill for us to work with Harvey, Kitty and all at Senbla again, who are as passionate about their productions as we are! Presenting this type of entertainment is now becoming a well-oiled process for us and we are extremely excited to be involved at the heart of a new & ground-breaking live entertainment concept”.