The show included a tumultuous ‘homecoming’ show at Liverpool Echo Arena, where the band welcomed surgeon Dr. David Lawson - after whom they are named - to the stage and thanked him again in front of an ecstatic crowd, six years after his work saved the life of lead singer Andy Brown. 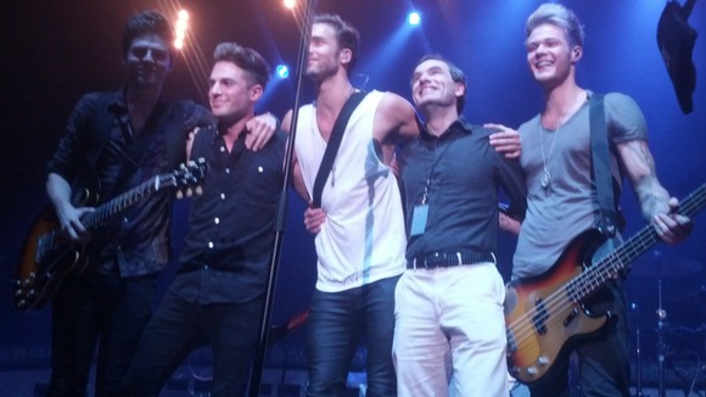 Adlib were chosen as technical supplier under the wing of James Sharpe,  Andrew Thornton and John Pryer for 24/7 Productions Ltd.

Adlib Client manager Phil Kielty commented, "We were really pleased to be working with Lawson. It’s been brilliant to watch the band’s live career evolve over the last two years and Adlib is proud to be part of the team.

Kielty continued …’Everyone on the crew was a pleasure to work with and the Coda ViRAY system proved a perfect choice for the varying sized venues, being compact yet delivering fantastic results every day…. the perfect complement to Vince Foster's vibrant lighting design”.

Lighting
The design was created by Vince Foster - who needs no introduction and has some of the highest profile artists in the world on his CV. His work is known for its imagination and invention and this was no exception, with a rig that was designed from the outset to be infinitely scale-able and look good whatever the size of the performance space day-to-day.

Lighting Director George Hill ran the show on the road and the rig - based around two flown trusses - was tech'd by Adlib’s Chris Neary and Chris Richardson.

On the back truss were eight Clay Paky Sharpies, eight Martin Atomic strobes and nine Martin MAC Aura LED washes, together with eight 4-lite Moles, all of them spaced evenly across the length of the truss. 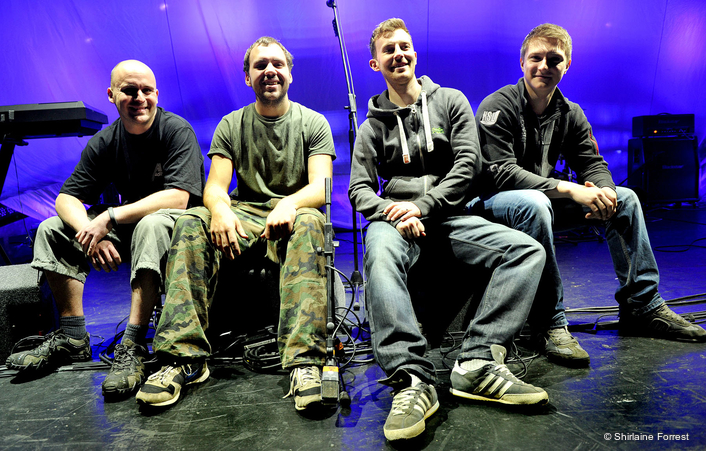 Rigged to drop bars of varying heights hanging below that truss, starting at 10ft long on the outside edges and decreasing in variants of  eight, six and four feet to the onstage ones, were eight MAC 700 Washes. On each of the three outside pairs of drop bars was a linear 4-lite Mole. This configuration introduced dynamics and architecture to the space.

The stage set consisted of a series of ramps and runways which the band used fully during their energetic performance.

On the floor directly underneath the back truss was a row of flightcases and on top of these were nine MAC Auras plus eight CP Sharpies and Atomics, all mirroring the fixture layout on the truss above.

The Auras were used to highlight the backdrop as well as to blast powerful beams forward, silhouetting the band.

Once the set was installed each day, additional lights were positioned on the floor, with 12 x CK ColorBlaze LED floods on the downstage edge of the ramps giving an LED strip effect along the back of the runway.

The set fascias were finished in brushed aluminium which reflected and bounced light around the space very effectively and these were also cross lit with three more MAC 700 Washes a side.

On the front truss there were another six MAC 700 Washes for band front light plus another eight 4-lite Moles, the latter focused into the audience. 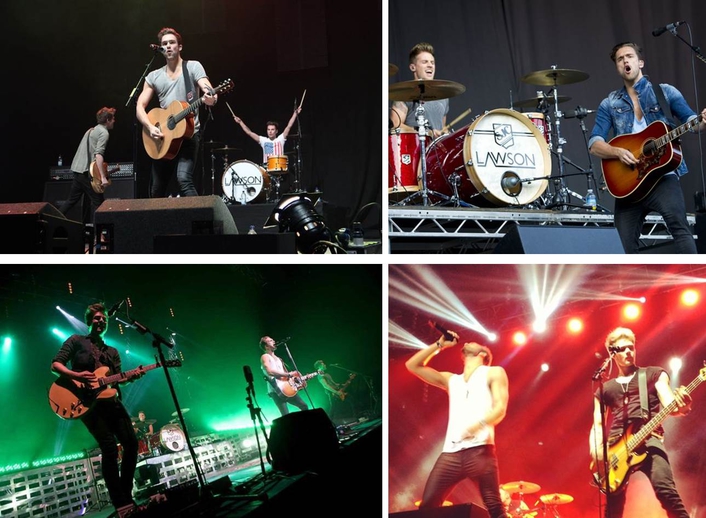 There was plenty of scope in the rig to cover the range of music - from the big bold bright poppy numbers through to ballads and some serious rock-out moments, culminating in one of their top 10 singles, 'Standing in the Dark', which brought the house down each night!

Just downstage of the set front line, a mid-truss was flown each night specifically to rig a white kabuki drop in front of which the opening acts played.

Chris Neary reports that all went very smoothly, with the main challenges being the variety in size of the venues and different stages. At some places they also had to use the house overhead rigs due to weight restrictions on what could be flown, which is when the flexibility of Foster's design really excelled.

Sound
ADLIB's intrepid Kenny Perrin was PA tech for the tour... dealing both with getting the PA system up and running and tech'ing the monitors. Due to the light weight, versatility and great manoeuvrability of the Coda ViRAY system, it was no problem for him to handle the set-up each day, with the assistance of the band's engineers Andrew Williamson (FOH) and Craig Pryde (Monitors).

In the larger rooms the PA hangs comprised 12 x ViRAY speakers a side with four Coda SCPF subs ground-stacked each side and, where possible, another four in the middle to spread the low end nicely and evenly around the space. Additional ViRAY speakers were used for the lip fills along the front of stage. 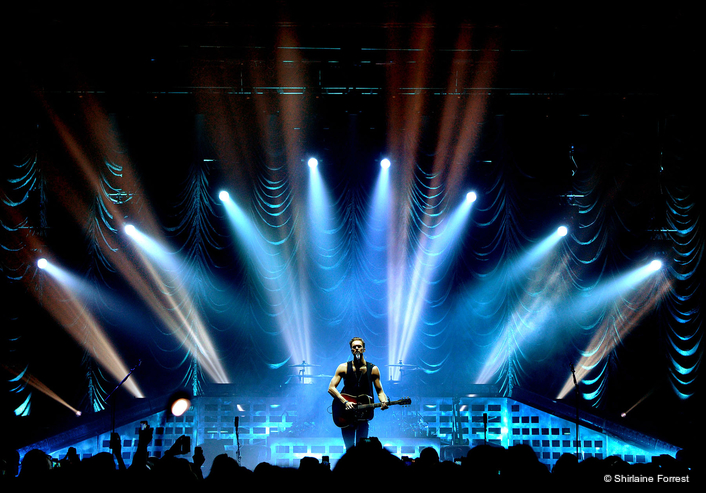 Both engineers chose to use Avid Profile consoles on this leg of the tour.

At monitor world Lawson used Sennheiser IEMs supplied by Adlib combined with their own custom moulds and Adlib’s new MP4 wedges were supplied for the support acts.

This neat and compact monitor system worked well with the stage set, leaving the space clear and uncluttered.

Adlib Supplies Coda Sound...oulding Halcyon Days Tour
ADLIB Gets in the Mix At Creamfields 2013
ADLIB is Top Of The Pops With Radio City Live