“It gets bigger and bigger”: grandMA2 joins CMT Music Awards

grandMA2 consoles proved to be country strong when they turned out in force for the 2013 CMT Music Awards at the Bridgestone Arena in Nashville. Lighting designer Tom Kenny used 6 x grandMA2 full-size for the gala special, which was hosted by Kristen Bell and Jason Aldean.

“The CMT Music Awards is a huge event on the music calendar and gets bigger and bigger every year. It outshines every other awards show,” says Kenny.

Kenny partnered with production designer Ann Brahic, who marked her fifth year with the show. “She designed a set that was a very modern scape. It went along with the theme of the show: a cross-cultural look at country music,” he explains. “People loved it. Ann really understands lighting, and we have a great relationship.”

VER supplied Kenny with 140 Clay Paky Sharpys for inside and outside the arena. Two grandMA2 consoles were on hand to control the show’s video elements and four to handle lighting control. “They are the ‘the’ desk for live event television,” says Kenny. “We never have a problem programming them, their recall is fantastic and their memory is unbelievable. We plugged in the newest software, and they were up and running. And performing fantastic as always.” 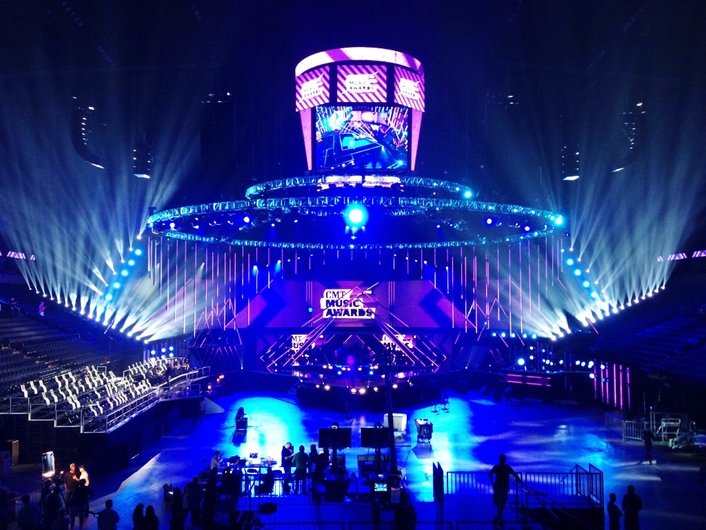 On the Winning Side: gran...ontest Was a Huge Success
Improved: MA VPU Received...ch Praise in South Africa
Romanian Music at its Bes...t the On Air Music Awards