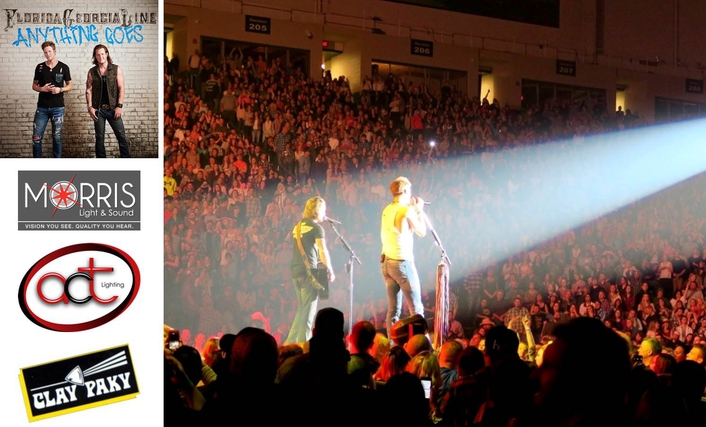 .
Florida Georgia Line has begun their “Anything Goes” 2015 world tour, in support of their latest album, with a large complement of Clay Paky lighting fixtures. 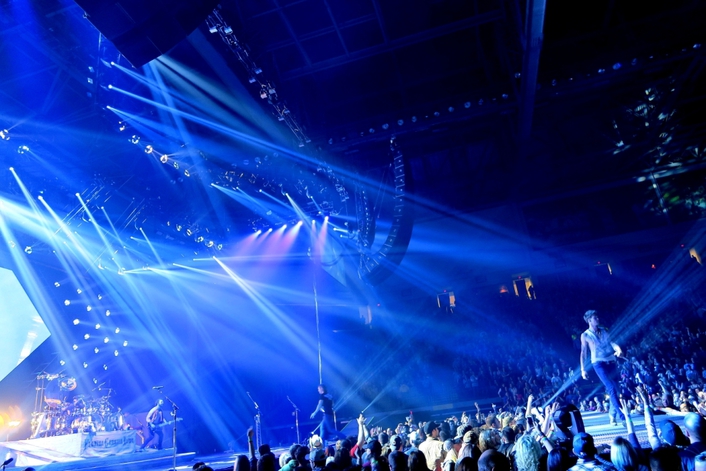 “I’ve been using Sharpys since I started to work with the band,” says Cunningham.  “They love a good bright, poppy show, and Sharpys really make themselves known in clubs and arenas.  And they’re a real workhorse.”

Cunningham surrounds the stage with Sharpys, which act as floor lights to accent the sets; he also positions them on the thrust.  “They fill out the space from ground to ceiling,” he says. 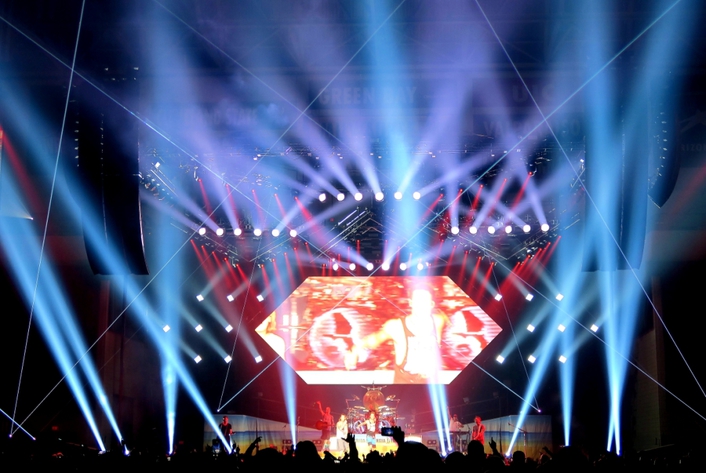 The tour is his first carrying Sharpy Washes, which serve as side and wash lights.  “They’re good and punchy for highlighting the guys,” he reports.

“Anything Goes” also marks Cunningham’s first time out with the K20 fixtures, which he has mounted on truss, three lights per eight feet to create clusters of six in each 16-foot section.  “We love the built-in patterns, and we have programmed in more to accent the show,” he explains.  “They’ve been stellar.” 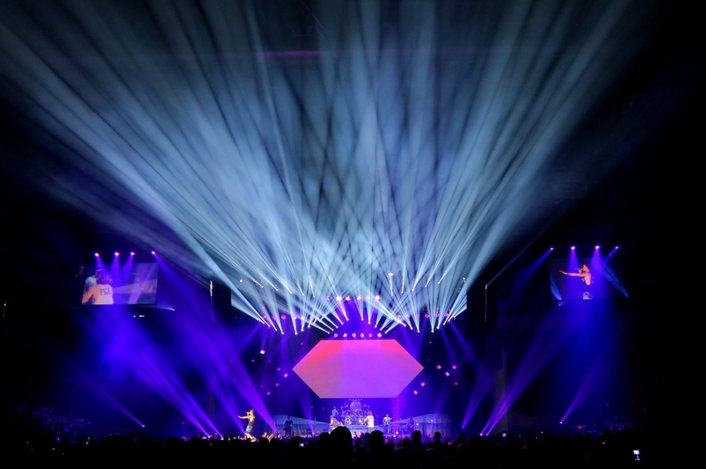 Mythos fixtures are mixed on the truss, too, flying in clusters of five.  It’s believed that “Anything Goes” is the first US tour for the highly-advanced hybrid light which serves as an excellent 470-watt spotlight and an extraordinary beam light.

Morris Light & Sound president David Haskell and tour production designer Mike Swinford urged Cunningham to take a look at Mythos, which A.C.T Lighting had introduced them to.  “A.C.T did a demo for me, and I saw that Mythos was a powerful, multipurpose light with a beam mode and a zoom option,” Cunningham recalls.  “Because of its flexibility and functionality I just had to have it!” 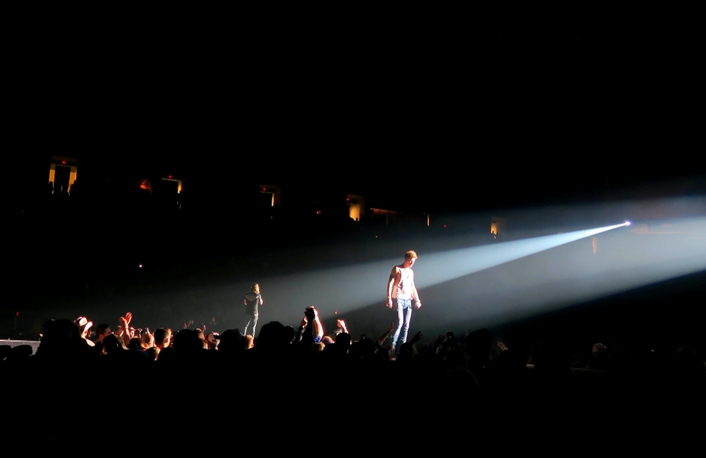 He notes that the tour features “quite a bit of video” from an upstage center videowall and two IMAG side screens and finds that Mythos keeps up with the competing brightness of the video elements.

Cunningham maintains close ties with A.C.T Lighting during the tour.  “They make sure everything is going well at the shows,” he says.  “Their customer service has been great, really top-notch.” 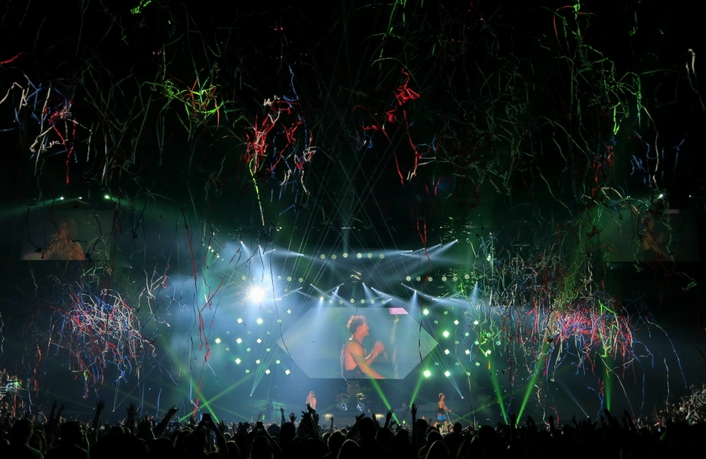 Francesco Romagnoli, Clay Paky Area Manager for North and Latin America, added, “This was one of the first uses of our Mythos on tour and a great project for them to be deployed on.  We’re very proud to be a part of it.”

ACT Lighting is the Clay Paky Distributor for North America.