‘Hoy No Me Puedo Levantar’ Musical Makes A Point in Madrid 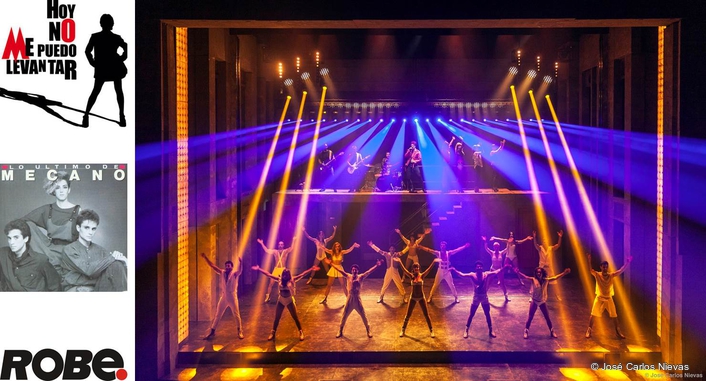 .
“Hoy No Me Puedo Levantar” (HNMPL - Today I Can’t Get Up) is a hugely successful Spanish ‘jukebox musical’ from Drive Productions telling the story of two struggling young musicians surviving in Madrid against a backdrop of drugs, AIDS and other social phenomena and chaos in the 1980s and immediate aftermath of Franco’s collapsed fascist regime.

Based on the music of 32 hits by Spanish supergroup Mecano, this new second version of HNMPL has just opened in Madrid’s Coliseum Theatre, complete with a fantastic lighting design by Carlos Torrijos – featuring among others - 24 Robe Pointes.

This is the first time Torrijos has incorporated Robe products into his work. He states, “I was looking for the best moving head beam light on the market … and after trying and comparing a few options .. I chose the Pointe”. 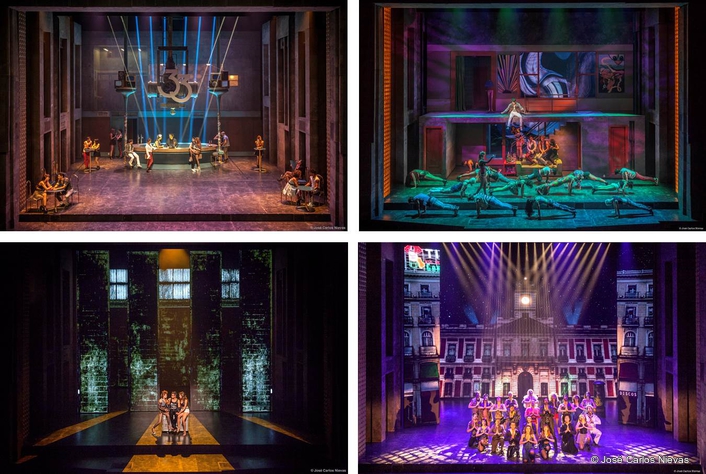 He explains that the first edition of the production played for five years including two touring versions earning massive critical acclaim and commercial success, so the pressure was really on to make this version even better, resulting in a technically complex and ambitious show.

The specific style of lighting he has brought to this production is a real mix of theatre and rock ‘n’ roll.

The show has many subtleties, contrasts and serous messages as well as some glorious ‘rock-out’ moments, and so a full gamut of dynamics not commonly seen in ‘classic’ theatrical musicals have come into play, all needing individual visual treatment.

The 24 Pointes are rigged on LX bar 6, a position specially created for this production using an apex-down triangular truss flown on vari-speed motors and also counterweighted. The Pointes are spread out on the bottom rail of the truss which is clad in Elidy LED panels.

Several other set and LED structures are automated in the show which also features a large quantity of LED screens as well as mapped projection elements. In total there are over 400 moving and conventional lights in the rig.

Using the Pointes has enabled Torrijos to produce many specific effects and lighting environments that would not have been possible using any other lightsource, which has impressed others on the creative team.

The versatility of the Pointe - which can run as a beam, spot, wash or effects  fixture -   has helped save space in the grid and provided a solution for many scenarios.

The Pointes are being supplied to the show by ASL Light Solutions. Lighting was programmed by Fede Diez and is currently being operated at the Coliseum by Javier Lapuerta.

Carlos Torrijos is really happy with the performance of the Pointes and says he is sure he will be using Robe in his future work, “Robe has huge potential – and the compact and reliable Pointes have really proved this”.