Tomorrowland gets Hyperreal with L-ISA 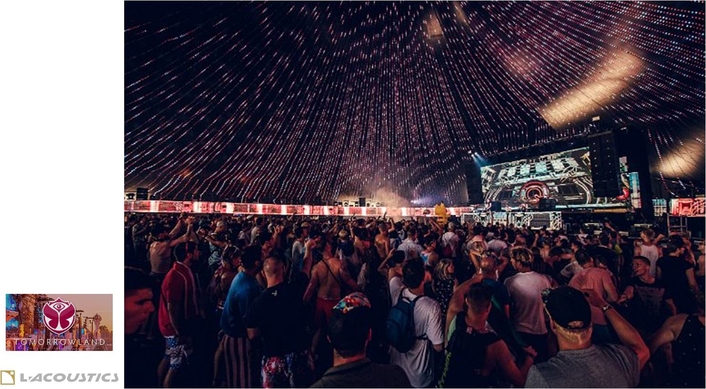 Tomorrowland, held over two scorching weekends this July in the Belgium town of Boom, is one of the world’s foremost music festivals. Its organisers, We Are One World are always on the hunt for imaginative ways to unite hundreds of thousands of fans from around the globe at this unique event. This year, Tomorrowland revealed the brand-new Atmosphere Stage, a futuristic tent where L-ISA Immersive Hyperreal Sound delivered deeply vibrant beats as festival goers bathed in stunning visuals for a completely unprecedented musical experience.

L-Acoustics has a rich history with Tomorrowland, and has collaborated with the festival alongside Noizboyz, designers of Tomorrowland audio systems, since 2011. This year was no different, with over 600 L-Acoustics cabinets supplied by Phlippo Productions deployed on six stages, including the massive 115m wide Story of Planaxis Main Stage, across the vast festival site.

With the Atmosphere Stage, We Are One World set out to elevate the concert experience with a festival tent stage like no other. Recognising the impact of L-ISA in creating powerful shared connections between artists and audiences, Tomorrowland worked with L-Acoustics and Noizboyz to make it a reality.

“When discussions began about creating an L-ISA area at Tomorrowland,” says Noizboyz Pieter Doms, “we were instantly excited to explore this cutting-edge technology with them, to learn new techniques and new ways of experiencing music.” 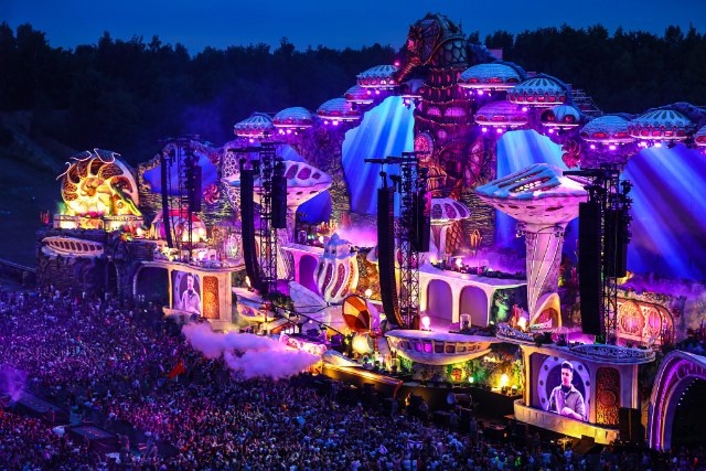 Described by EDM.com, as ‘breath-taking and perfectly made for Techno’, Atmosphere was housed in a huge, 32-metre high tent suspended from a gigantic, custom-built crane. With an all-star line-up, a ceiling glittering with thousands of lights, a 2km long video net containing 120,000 LEDs stretched around its circumference, and a mammoth 20.1 L-ISA design, Tomorrowland was about to deliver a full-on, mind-blowing, 360-degree dance experience. 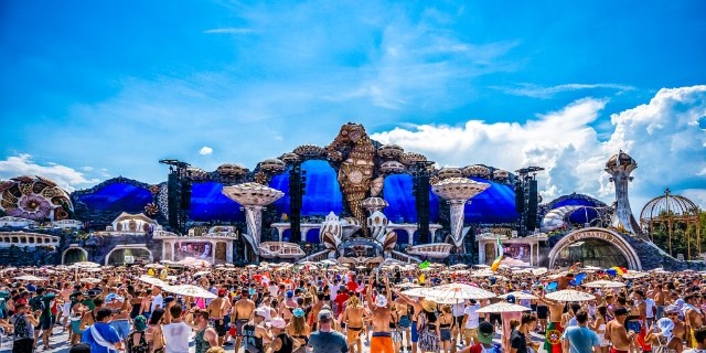 To accommodate the production team’s wish for the LED wall to be the visual focal point of the Atmosphere Stage, the L-ISA configuration comprised 18 arrays of four Kara each, stacked on a truss above the screen and filling 270 degrees of a carefully configured circle. An additional flown system of eight K1 per side, plus 24 KS28 subs completed the 360° panorama and provided the full on, low-end kick that is the hallmark of EDM.

This highly flexible and modular configuration allowed for delivery of both conventional stereo and immersive content. The K1 system provided left/right delivery with L-ISA Immersive Hyperreal Sound adding extra detail, dynamics and effects to the mix. Multichannel content was specifically created for the L-ISA system by Jelle Neijs and Bart Revier of 3AM Media for Dutch company Q-Dance, who have hosted stages at Tomorrowland since 2005. 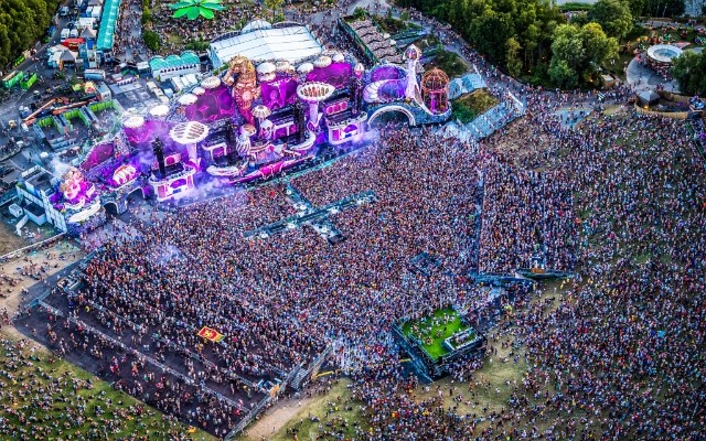 Sold out in a matter of minutes, an incredible 400,000 people attended the festival over its two weekends.

"We create a lot of custom music for festivals to expand the experience of the visitors,” says Revier. “We felt like kids in an undiscovered world with endless possibilities when we created the custom-made audio for L-ISA at Tomorrowland’s Atmosphere Stage. The collaboration with L-ISA takes the Tomorrowland experience a step further; together with L-Acoustics we discovered new ways to give the visitors a sound experience they’ve never heard before."

“L-ISA works incredibly well with the selection of music curated for The Atmosphere Stage and it was great to be able to play around with the technology during instrumental sections,” adds Joost Machiels, Business Development Manager for Phlippo Productions. “At Phlippo, we are convinced that L-ISA gives added value and, as more specific content is prepared for it, it will continue to gain traction. I think there is a lot more to discover and that’s really exciting.”

“The L-ISA system was a huge success,” Doms concludes. “The smiles on the faces of the festival’s organisers said everything. Mission accomplished!” 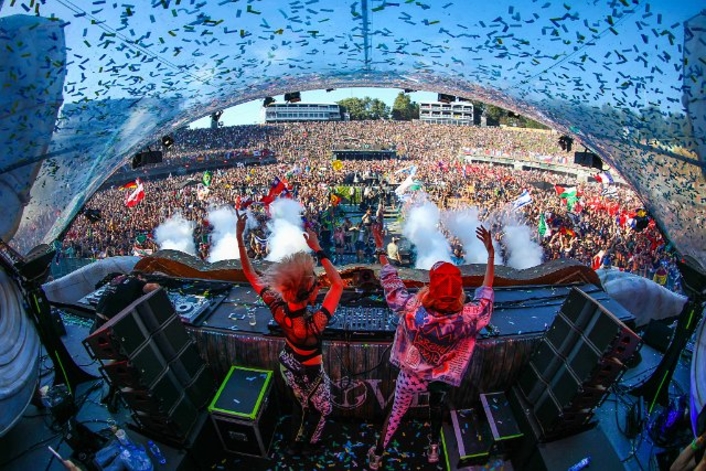 Seen here on the Planaxis Main Stagestage,Kara monitoring systems are a signature of EDM events worldwide.

About L-Acoustics
Founded in 1984 near Paris, France, L-Acoustics is the market leader in professional sound reinforcement technologies. With over 400 team members worldwide and offices in Paris, London, Los Angeles, and New York, L-Acoustics is present in over 80 countries via our network of Certified Providers. Focused on solutions that elevate the audience experience, more than 20% of L-Acoustics’ talent is devoted to R&D in the areas of acoustics, applications, mechanics, electronics, signal processing, and software development.
Recognized for pioneering the line source array, L-Acoustics continues to shape the future of the professional audio industry with L-ISA Immersive Hyperreal Sound technology, a multidimensional, object-based approach to designing, mixing, and processing sound that results in extremely natural and intelligible audio and a more vibrant, and authentic connection between artists and their fans.
L-Acoustics technologies can be heard in places like the Hollywood Bowl, the NFL Cardinals State Farm Stadium or the Philharmonie de Paris, as well as the world’s top-grossing festivals, the London, Sochi and Rio Olympics, and on tour with world-class artists such as Adele, Pearl Jam, Lorde, and Depeche Mode.

About Tomorrowland
Tomorrowland is a large music festival held in Belgium. It is organized and owned by the original founders, the brothers Beers. It's located in a beautiful natural place, recreation area de Schorre, in the town of Boom, Belgium (16 kilometers / 10 miles south of Antwerp and 32 kilometers / 20 miles north of Brussels). Tomorrowland has been organized since 2005 and has become one of the most notable global music festivals.

It is a fairy tale world situated in beautiful natural surroundings. With a strong eye for detail and extras such as an enchanting decor, fascinating acts and peripheral animations, cosy cocktail bars, summery beaches, spectacular fireworks, this is a totally unforgettable and incomparable show. Visitors can enjoy using all their senses: good music, enchanting decor and not to forget: tasty and healthy food at the festival ground.