.
Portable production specialist Zest4.TV has unlocked its communications with the purchase of a Trilogy Orator intercom. This new addition enhances production efficiency for the company in two ways: by making it easy to connect directly to other production systems in use at the event; and by providing comprehensive and easy to use functionality ensuring everyone who needs it, has the right communication tools for the job in hand.

“We work across the live event, AV and small OB markets so every day is different for us,” explained Simon Roe, managing director of Zest4.TV. “We needed to replace our ageing talkback equipment with something that would give us all the functionality we could ever need regardless of the application. Now installed, Trilogy’s Orator system gives us exactly what we want...stress free communication.”

Orator is a compact digital matrix system, providing for up to 36 ports in a 2U cabinet, including as many as 18 cameras. Panels allow users to determine who they are going to talk and listen to, and every user has individual level controls to ensure their comfort. This is particularly important for camera operators who may be working in different parts of the production and in different noise environments. Anyone on the camera ring can listen to the separate AV production ring.

Replacing an old four-wire system with the Orator digital matrix also saves significantly on weight and rigging time, as the panels and units are connected with standard Cat 5 cable. Interfaces in the modular frame allow it to be connected to other intercom networks, and to telephone and wireless circuits. System set-up is a simple process using the supplied Pathfinder Lite software, which is intuitive and easily understood by freelance engineers running projects. 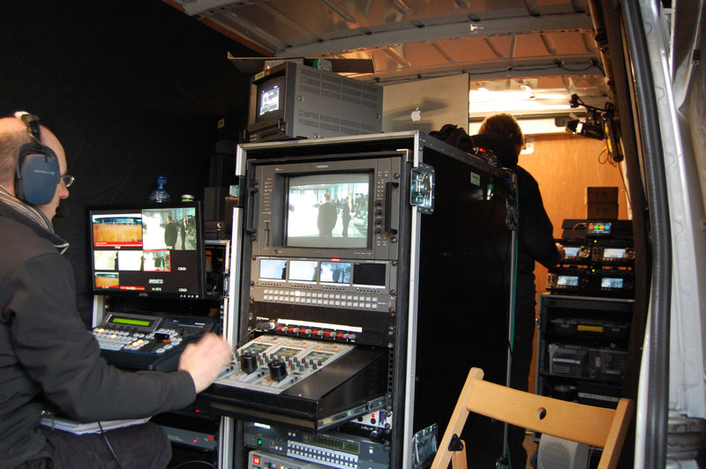 “This is a great application of our Orator digital intercom,” said Mark Ellis of Trilogy. “The matrix itself is a compact 2U, so it takes up very little rack space, a vital consideration for portable production units like Zest4.TV. Most important, the compact form factor does not compromise any of the functionality required. In the busy working lives of a production team an intercom should deliver clear and precise communications with no fuss…and that is exactly what Orator does.”

About Zest4.TV
Zest4.TV provides camera and post-production services to more than 100 events annually, from large business to business events to awards ceremonies, gala dinners and smaller niche events. Applications range from live speaker coverage on large screens to online transmission and recording for future post and packaging. These range from single camera shoots to multi-camera productions using its flight-cased portable SD/HD production units. These blend seamlessly with the equipment from most audiovisual and broadcast companies for a no-hassle camera service. Multiple cameras and streams can be recorded on site using just:in from Tools On Air.