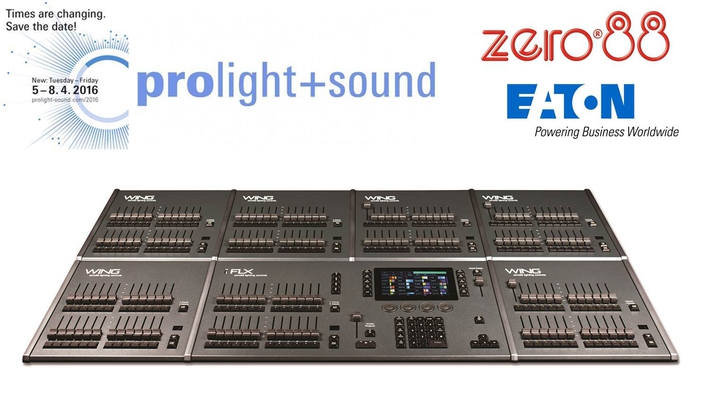 FLX and FLX8 will be shown with our demonstrators highlighting the latest software release – ZerOS 7.9 - and the online universe upgrade program for FLX.

This continues the planned FLX programme of feature and capability enhancements … all continuing to making FLX an even more powerful, durable, portable and extendable lighting control console package.

ZerOS 7.9 also brings significant advancements to the whole ZerOS console line-up, as we combine the software’s feature set across consoles.

Our demonstrators will be on hand to take you through the new features of ORB XF, Solution and FLX before you upgrade!

Sitting alongside the FLX will be the new ZerOS Wing, allowing the expansion of FLX to increase the number of playback faders.

A number of configurations will be shown to demonstrate the versatility of the ZerOS Wing package. The Wing also brings new standards of flexibility to all ZerOS consoles - either used alone with a PC, or connected to ZerOS consoles like ORB XF and Solution.

Also showcased will be new Remote and Monitor apps for all ZerOS consoles on iOS and Android. These new free apps deliver more accessible remote operation of ZerOS consoles via mobile devices, with each app having a specific function.

Alphapack 3 will be on display – an update to our industry standard portable dimmer. Improvements include new mounting options and improved DMX control – making Alphapack 3 an affordable choice for a distributed dimmer within a modern ‘hot power’ rig.

Our team of demonstrators and product specialists will be on the stand to answer all your technical questions and advise on projects and potential applications.

We look forward to seeing everyone there!