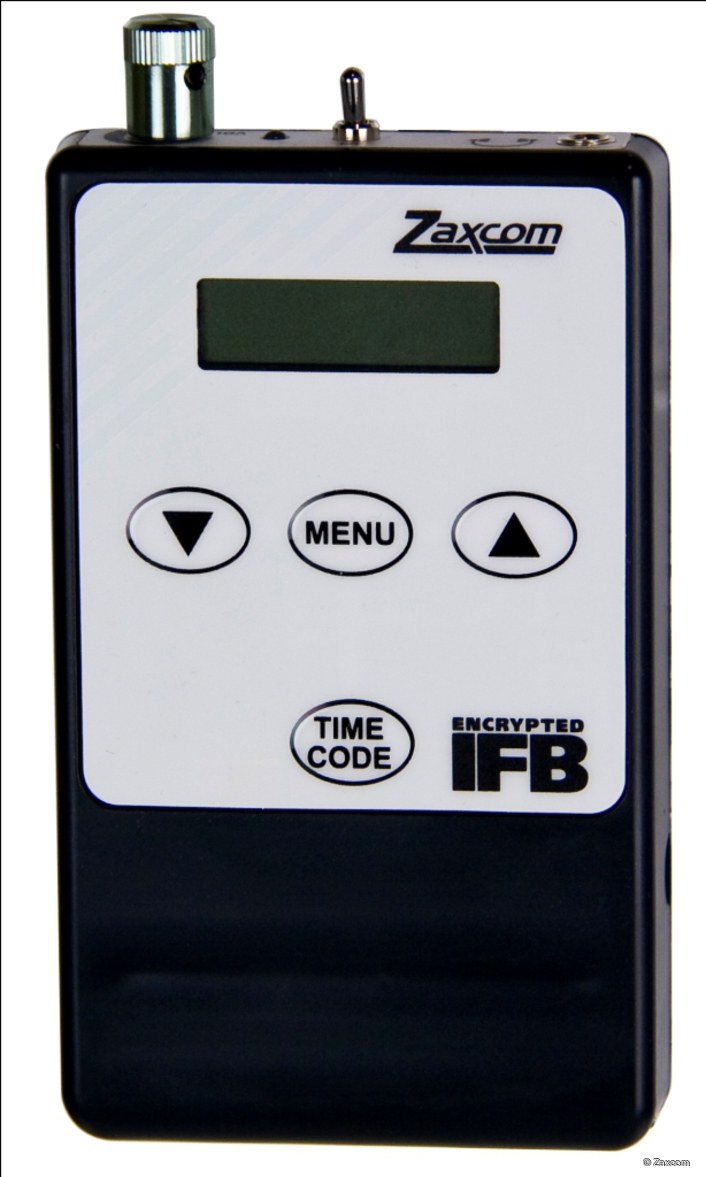 The richest feature set for managing and receiving IFB transmissions

Both the ERX1 and EXR1TCD feature an LCD display for showing timecode and current scene-and-take metadata in real time, and offer a hold button that enables script supervisors to record timecode-based events. The ERX1TCD model builds on this feature set by including an integrated timecode reader/generator and an output to continuously jam digital slates. This feature prevents timecode drift between Zaxcom's Deva or Fusion audio recorders/mixers and the slate, ensuring that the timecode stays accurate even in the case of an extended RF dropout. The ERX1TCD additionally has the capability to delay received audio signals by up to 300 milliseconds or 10 video frames, allowing producers to precisely match viewing of the scene on different monitors to the audio, and compensate for varying video delays introduced by each monitor's video signal processing.

"Our new ERX1 and ERX1TCD offer television and film production crews the richest feature set available today for managing and receiving IFB transmissions," said Glenn Sanders, Zaxcom's president. "Whether production teams select the ERX1 or the ERX1TCD, they'll receive a cost-effective, powerful, and accurate solution for synchronizing audio and video or film on set. We are looking forward to demonstrating the systems' advanced functionality at the 2010 NAB Show."