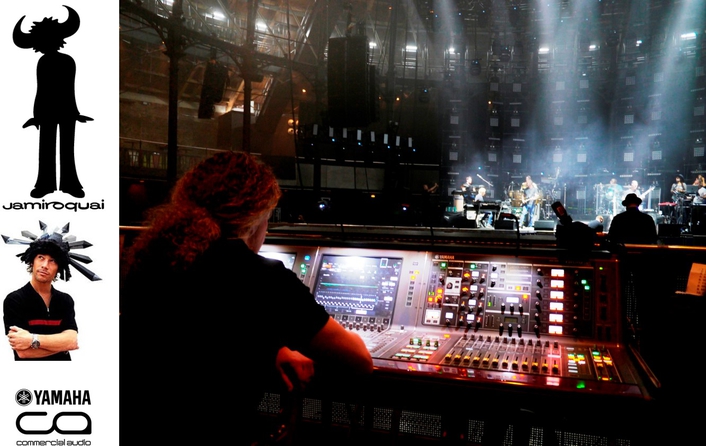 Having released Automaton - the band’s first album in seven years - at the end of March, Jamiroquai are soon to embark on a world tour of arenas and festivals. A Yamaha RIVAGE PM10 console will be mixing the front of house sound at every show, beneath the experienced fingers of engineer Rick Pope.

Rick has worked with the band and it’s frontman Jay Kay for 23 years, both live and in the studio, and with Yamaha digital consoles for almost as long. So he jumped at the chance to show the world what the company’s new flagship console can do.

“I grew up on the Yamaha PM1D and then the PM5D,” he says. “I have always liked the workflow and the way that Yamaha digital consoles have their own operating system from the ground up. It makes them incredibly stable - I’ve never had a single fault in the 20-odd years I’ve been using Yamaha digital boards, which you can’t always say about other consoles.”

With the album having gone to No.1 in the iTunes chart in 24 countries and Top Ten in several more, ticket demand for the tour is extremely high. And with the inherent challenges of festivals to add into the mix, Rick is happy that the RIVAGE PM10 will have almost everything he needs.

“The first thing about the PM10 is that it’s very user-friendly. I haven’t had to look at the manual once, which I think is always a really good sign,” he says. “It really is the easiest console I’ve ever used and I’ve used them all over the years.”

Alongside the reliability, user-friendliness and flexibility of the platform, it’s the audio quality and processing of the RIVAGE PM10 that many engineers have been extremely impressed by. Rick is no exception.

“Firstly the clarity on the top end is amazing, it’s got the clearest imagery that I’ve ever heard on a board,” he says. “Being able to put eight inserts on to a channel is insane, you can’t do that on most other desks. And you can EQ for days! 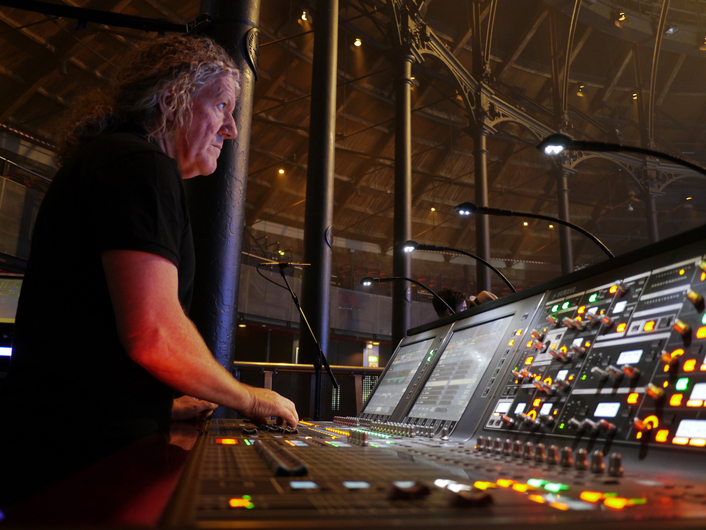 “On top of that, the effects really are the best available. Previously I have always have to have at least some outboard, but the onboard processing on the PM10 is absolutely stunning. For example I always used to take a tc6000 out with me, but the emulation of it on the RIVAGE PM10 is spot on. I also really like the Open Deck circuitry emulation - I put it on the left/right busses and it sounds amazing at 96kHz. I even put it on Jay Kay’s vocals. It gives the sound real depth and adds a certain warmth.”

He continues, “I also love the Rupert Neve Silk emulation, which I am starting to blend on the drums, while the reverbs are absolutely stunning. With the quick keys you can quickly get to everything you need and I really like the USB recorder, which allows me to record the show in different formats/sample rates and I don’t need to use any external equipment.”

It’s not just Rick who has been impressed with the new console - unusually the band members have also commented on it.

“Normally bands don’t say anything, but they all came into rehearsals and went ‘Wow, this sounds amazing’. They were over the moon with it; the first gig we did with it (in Paris) was absolutely stunning. We are all very happy and I’m really pleased to be taking it everywhere with me this year,” he says.

“It’s got everything you need. When the update to include the onboard Eventide H3000 comes along later in the year, I won’t have any outboard equipment whatsoever. I will be able to turn up, switch the desk on, load the show from a USB stick and I’ll be ready.”