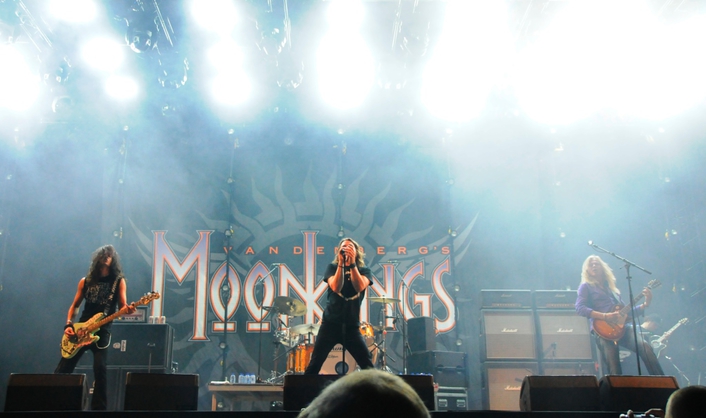 .
Dutch guitarist Adrian Vandenberg has kept a low profile since gracing the 1980s biggest stages with Whitesnake. But that is all changing now, as he hits the road with a new band, aided by a Yamaha QL5 digital console.

Since leaving Whitesnake in 1991, Vandenberg has spent most of the intervening years concentrating on his family and a burgeoning career as an artist. But the end of 2013 saw him return to rock’n’roll with Vandenberg’s MoonKings.

Having played a European club tour, the band is currently playing a raft of European festivals, with monitor engineer Joost Muller manning a Yamaha QL5.

Joost is the son of Jos, owner of rental company Decilux, and lighting designer Marja Muller, both of whom were closely involved with the guitarist’s pre-Whitesnake band, Vandenberg. With MoonKings again renting equipment from Decilux, Joost was keen to use the Yamaha QL5.

“I was using a mixer by another manufacturer on the earlier shows in the Spring, but my father and I were really impressed by the QL5 when we saw it at ProLight+Sound. Decilux has recently invested in several Yamaha consoles, including a CL3, CL5 and QL5 and we thought using a QL5 for MoonKing’s monitor console would be a wise choice,” says Joost. 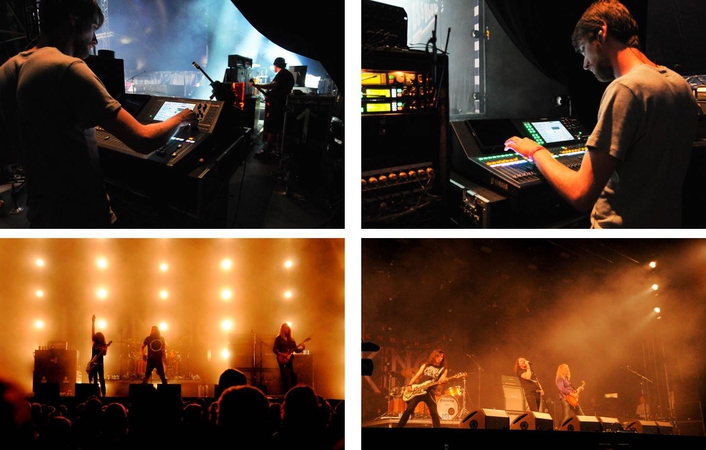 On their festival run, the band is only travelling with backline, microphones, the QL5 and in-ear monitors for the four-piece band. The choice of the Yamaha console has quickly proved to be a wise one.

“We did many shows with the other digital mixer but, as soon as we used the QL5 on monitors, the band immediately noticed a significant improvement in sound quality,” he says. “At festivals the QL5 is really easy to hook up, using the analogue microphone inputs and analogue outputs for the in-ears, floor monitors and sidefills (if available). Obviously, where a Dante network is available, we can easily link into it.”

After the 15 festival appearances, MoonKings will embark on US and Japanese tours, with the QL5’s small size meaning that it can travel with them.

“The QL5 is the ideal mixing console for the shows we are doing,” says Joost. “It is a small size, very reliable, has all the input and output connectivity we need for every eventuality and of course has very powerful facilities, all with the excellent audio quality that is essential for a monitor console.”