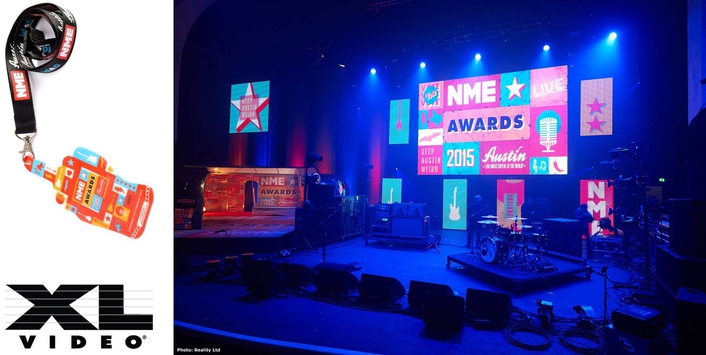 The ceremony was held at London’s O2 Brixton Academy, and featured live performances by The Vaccines, Run the Jewels, award-winners Royal Blood and Charli XCX, and the recipients of the ‘Godlike Genius’ award, Suede.

Upstage centre, a 35 square metre 16:9 screen formed from XL’s ROE MC-7T LED Screen was flown, and 25m2 of XL’s ROE MC-18 Hybrid LED Screen was used for an additional square LED surface flown to the left of the stage and 6 portrait banner screens arranged around the main screen. 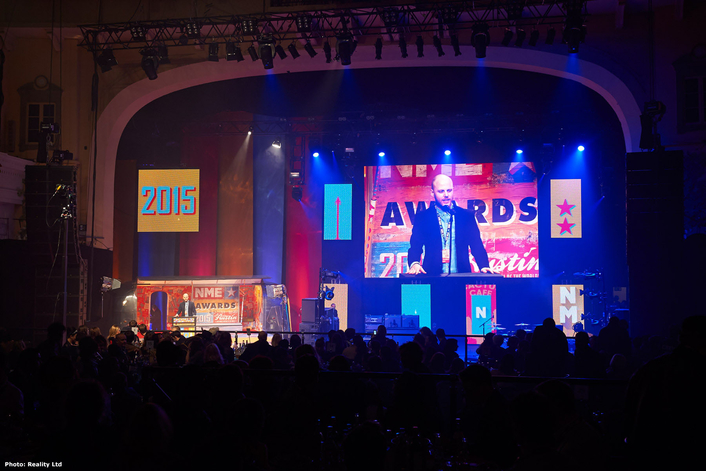 The LED screens displayed a combination of logos, playback content and live awards footage from the cameras.

On either side of the venue at balcony level, two 16’ x 9’ front projection relay screens also displayed the camera mix, ensuring the balcony seats had a good view of proceedings.

XL Video also supplied eight 47” and 60” monitor relay screens backstage throughout the venue for Press, Bar and other rooms to keep up with all the action. 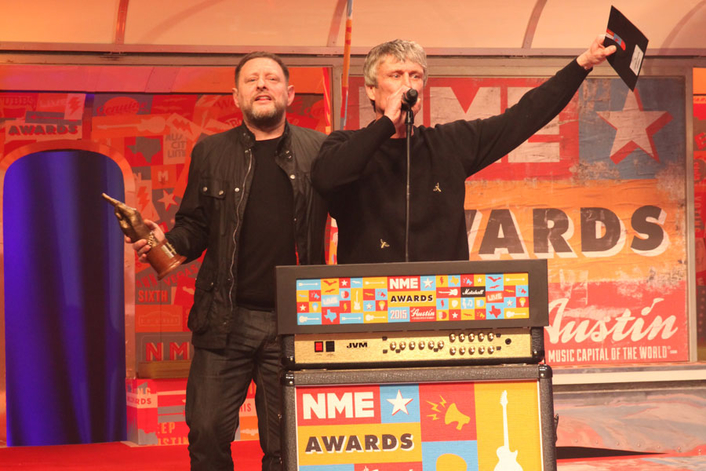 XL’s camera system consisted of six Sony HXC-100 cameras, two with long lenses at front of house for wide shots, and from a stage tower cam for shots from above.

The cameras were mixed via one of XL’s Panasonic AV-HS450 PPUs, engineered by XL’s Broadcast Director, Malcolm Whittall. Full HD records from all six cameras were also captured for post edits and posterity.

XL’s Paul Wood comments: “We’re very pleased to continue our relationship with Reality and the NME Awards. This year’s design was unusual, but the multi-screen set-up worked really well and gave the show a unique look. Congratulations to all the winners and nominees!"