Onstage the majority of the screen sections were made up from Pixled F15
XL Video continued its record breaking summer streak supplying over 2000 square metres of LED screen plus control and crew across eight stages and arenas at the UK’s biggest and highest profile EDM event, Creamfields, staged on Daresbusy Estate near Warrington over the August Bank holiday weekend.

It was the largest amount of screen supplied to date to the festival with which XL has been involved for the last five years via creative and technical production specialists, LarMac LIVE. The production values for this year’s event were significantly increased following excellent results last year and to keep at the forefront of the vibrant European festival scene. 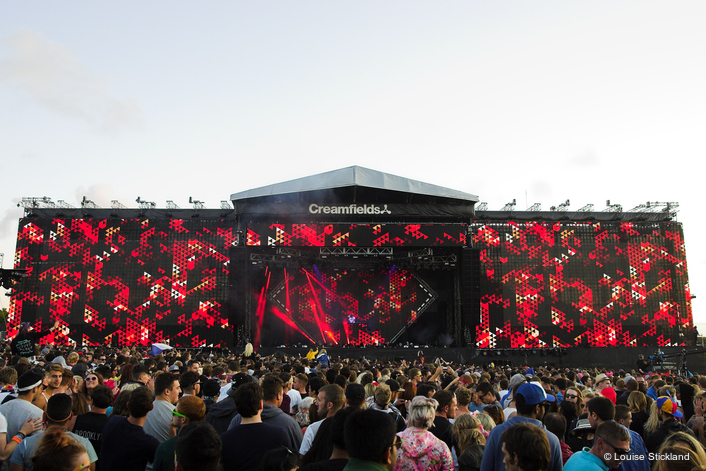 Three XL Project Managers  - Steve Greetham, Paul “Macca” McCauley and Connie Glover – co-ordinated the project on site due to its scale and the tight timescale.

Around 70,000 dance music fans enjoyed an absolutely amazing line-up including North and South Stage headliners Avicii, deadmau5, Calvin Harris and Dimitri Vegas & Like Mike plus other amazing sets from Hardwell, Afrojack, Steve Aoki and Fatboy Slim, Armin Van Buuren in A State of Trance, Steve Angello in Size Matters, Axwell & Ingrosso in Departures and many, many more.

The two main side IMAG screens on the North and South stages were made up from a combination of XL’s robust high brightness Radiant MC-18 and Pixled F12 products. F12 for the centre areas with MC-18 surrounding.

Onstage, the majority of the screen sections were made up from Pixled F15, with the front of the DJ booths clad in Radiant MC-18 Hybrid - a standard medium 18 mm pitch tile with 32 x 32 pixels per panel, and 4 x 4 higher brightness (7700nit) low resolution pixels embedded in the same panel. 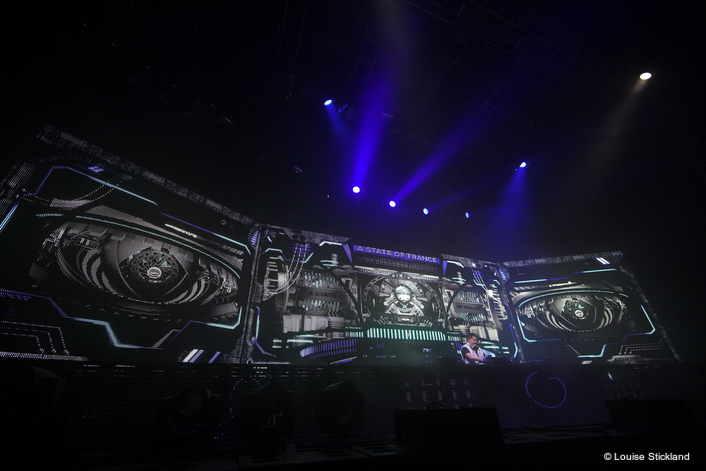 A stage header / border across the top could also be run as high or medium resolution using Radiant MC-7T. The final two DJs playing on each stage also had their own video designs, so the overall set ups on the stages for Saturday and Sunday were based on being able to replicate these as near as possible.

Control on the North and South stages was the latest Catalyst systems run, as mentioned above, in conjunction with Resolume and Barco Encore screen management to output to the different areas. They were operated by James Cooksey and Jack Banks. 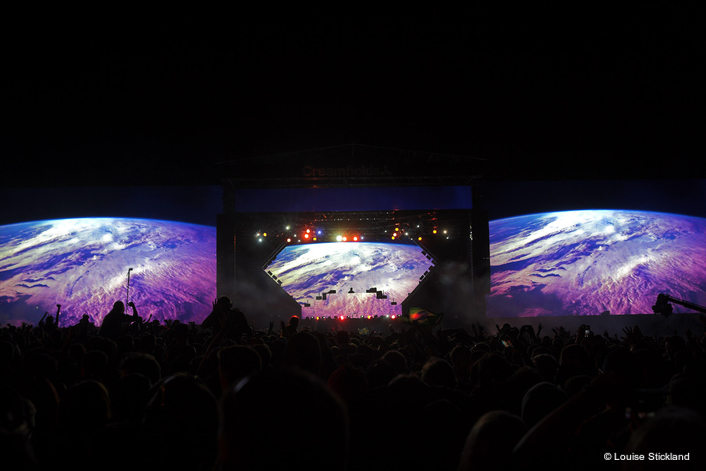 Most of the main artists supplied their own content formatted to a pixel-map of the screen surfaces that was supplied in advance by XL. “The demand for more screens at EDM events like Creamfields reflects the growing importance of visuals to leading DJ sets,” comments Steve Greetham.

As well as delivering more screen to the outdoor stages, XL also deployed more LED around the arenas than ever before this year, with areas 03 – 08 receiving between 80 and 140 square metres each, of which Arena 03 A State of Trance / Departures – was the largest single surface with a 140 square metre screen design. 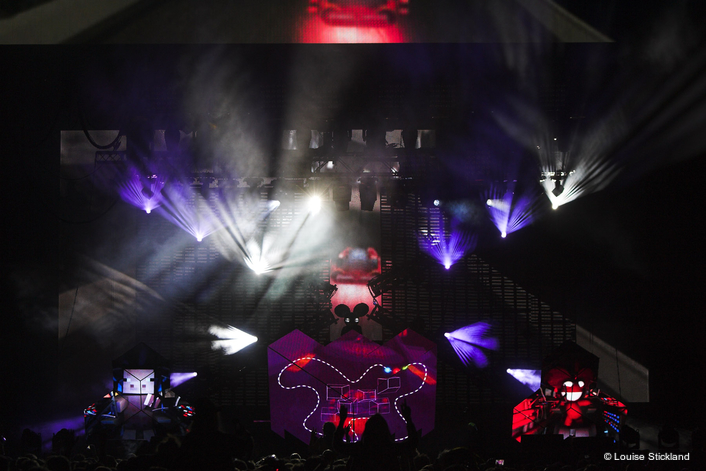 All the arena control systems had Resolume platform at their core – specified for its DJ/LJ friendliness - with a Green Hippo Hippotizer in 07, chosen for its straightforward mapping capabilities to map content onto the set structure. 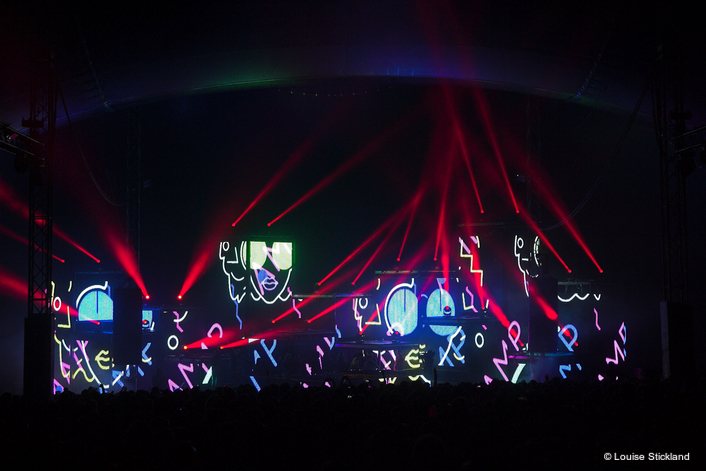 Over 35 XL crew worked in shifts to deal with overnight de-rigs and re-rigs on the North and South Stages and in four out of the six arenas as the hosting clubs swapped venues overnight. The main challenge was the sheer scale and amount of screen onsite.

Creamfields follows soon after XL’s construction of what is believed to be the largest temporary LED screen in Europe for the Opening Ceremony of the 2014 Commonwealth Games in Glasgow, which used 1000 square metres of Radiant.