The familiar ‘Never Mind the Buzzcocks’ set includes a number of video elements that are key to the music-based quiz show, which is hosted by Rhod Gilbert. This series is recorded at Stage 9 of Elstree Television Studios and broadcast on BBC2.

The stage left and right of the set are populated with 12x Panasonic 42” LCD screens. These screens were specified for their built-in videowall capability that is essential to the look of the set. The plasmas are fed as two separate exploded videowall screens and display the iconic Buzzcocks logo. 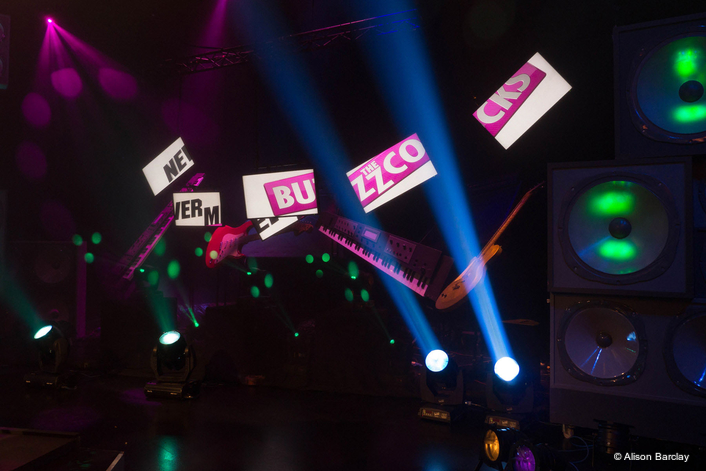 A total of 12 shows were recorded during the 9 week run, with 1 or 2 episodes recorded per week.

Jeff Bailey, XL Video’s Manager for TV & Film commented: “I’ve been incredibly lucky to work with this production since 1998 and I still enjoy the involvement 16 years on. With so many different video elements in the set, XL’s broad inventory ensures we’re able to meet each of the specific requirements.” 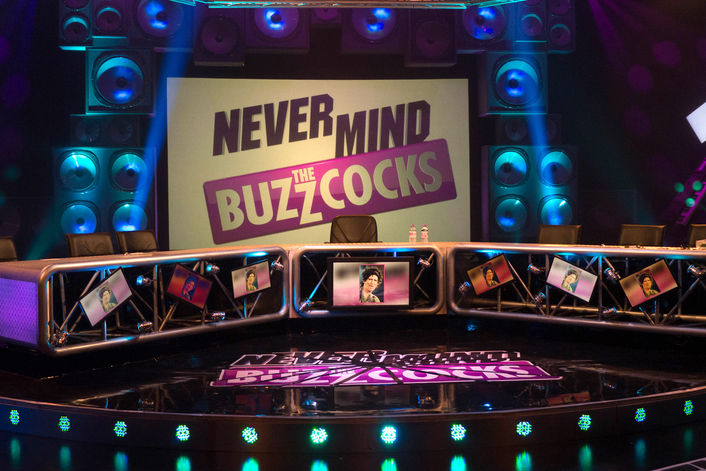