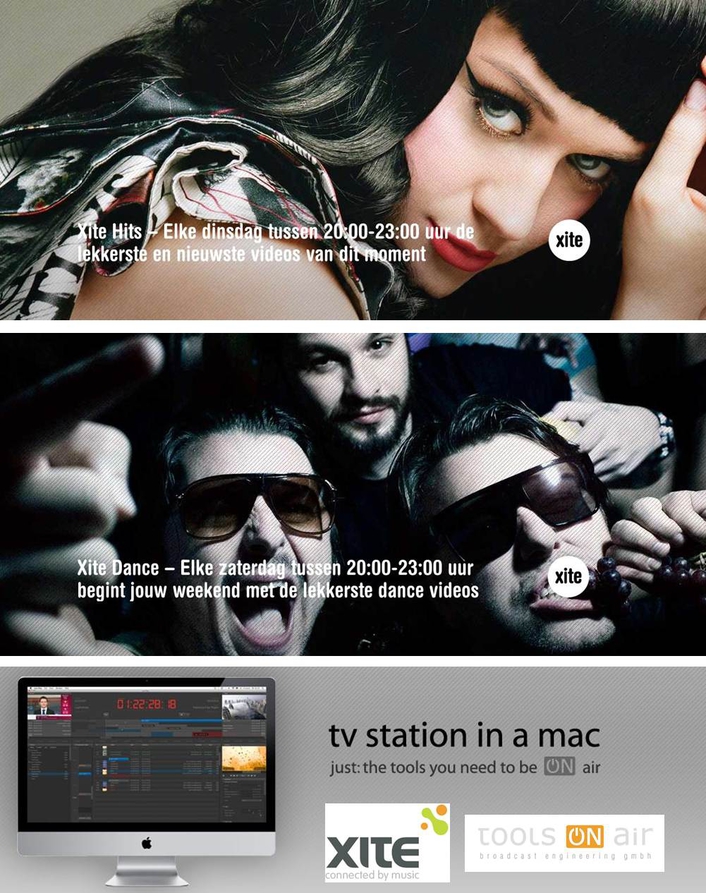 "We replaced our entire proprietary hardware system with a pair of Mac Minis, with two spares for backup," says Luc Vleugels, Xite's Technical Director. "With the ToolsOnAir solution, we have a more flexible and more future-proof solution than we had before, for a fraction of the cost."

Xite presently runs two channels - one covering most of Holland, the other covering the Flanders (Dutch-speaking) region of Belgium. Each channel utilizes a single Mac Mini, with AJA's Video IoXT device connected via Thunderbolt technology.

"Prior to using ToolsOnAir, we were using a large black box system, and no matter how we tried to make it future proof, it was never really possible," says Vleugels. "We finally got to the point where we couldn't go on. Now, with the ToolsOnAir system running on a Mac, we feel like the sky's the limit. It just works."

Presently, Xite broadcasts a 24/7 mix of music videos, as well as a video-on-demand service, and will soon launch it's new product myXite, a personalized TV channel. "We also have plans to schedule in commercials, as well as developing more graphics," says Vleugels. "ToolsOnAir is all we need to schedule everything, and it will even allow us to implement real-time graphics. It really allows us to do everything we want." 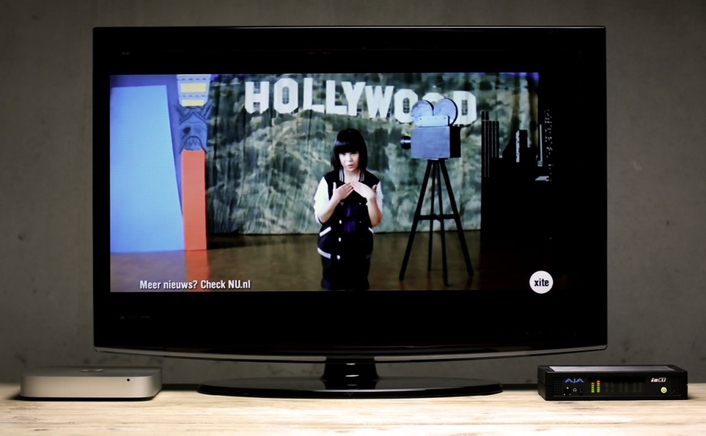