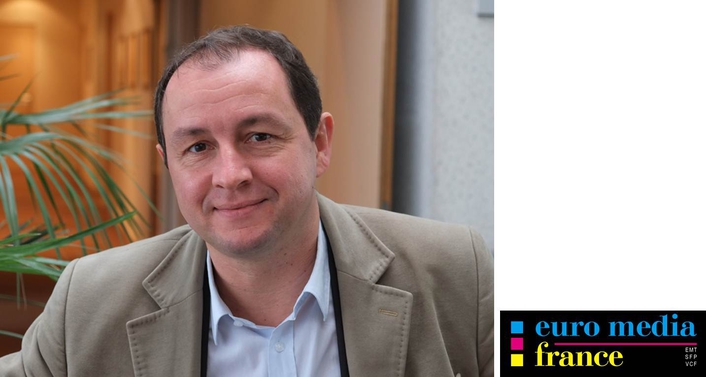 From now on Bruno Gallais will be in charge of the development of international activity in Europe as well as the commercialisation and expansion of the Wireless Production Facilities markets in France and abroad. He will continue to work under the authority of Xavier Marvaldi (DMD for EMF) and of Bernard Chaussegros (Chairman of EMF) and will work in close collaboration with the other Euro Media Group subsidiaries.

About Xavier Devreker
Xavier Devreker, 45 years old, worked as a director for several television channels in Belgium before joining Alfacam in 2002. In 2005 he created Alfacam France and managed this subsidiary for the Belgian group until 2012.

About d’Euro Media France – Leader de la prestation audiovisuelle
Euro Media France (EMF) is a full service company, leader in TV facilities and solutions for media and broadcast organisations. Offering the largest range of studios facilities (70 sets) and mobile video units in France (27 including 22 in HD), EMF has developed innovative and flexible services by mastering every stage of the production cycle, from pre-production to broadcasting solutions. EMF also provides additional and specialised high-tech services such as New media, RF, super slow-motion, graphics, 3D, content management, playout, engineering and integration. EMF is acknowledged for its expertise in the fields of sports, live or recorded shows as well as variety, games or entertainment shows. Thanks to the professionalism, expertise and know-how of its teams, Euro Media France has not only gained the confidence of the major broadcasters, production companies and other industry players, but is also became international as a Euro Media Group (Europe’s leading provider) company.