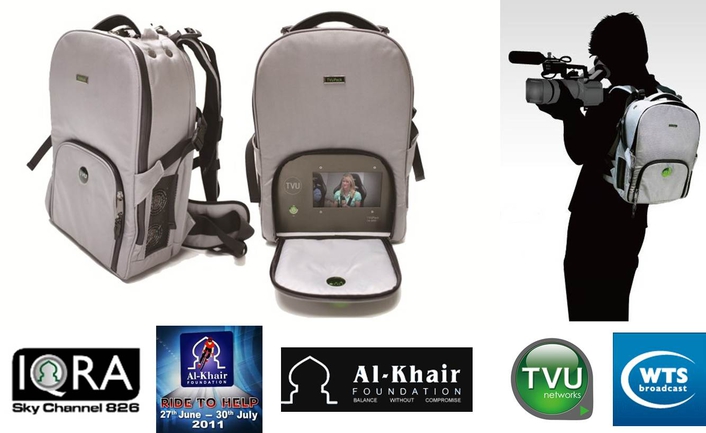 The cycle run, ‘Ride To help’, a charity to raise funds to provide shelter & food for the victims of natural disasters across the world, lasted 32 days with seven to eight hours of telecast per day.

IQRA purchased the TVUPack as an alternative to hiring a DSNG van, which posed both cost and availability issues for the channel at the time. TVUPack provided a cost-effective option, while also allowing for transmission over 3G networks while in motion, which meant that camera operators were able to follow cyclists for much longer stints than would be possible with a DSNG Van.

“We were aware of 3G transmissiontechnology as a cost-effective alternative to DSNG van hire, and decided to invest in the TVUPack because we knew we would need it for on going coverage of a variety of different events - we didn’t want to take our chances with DSNG,” said Shahriar Habib, IQRA’s Head of Studio. “The TVUPack was the only product on the market that met our requirements. We needed to be able to send a live feed to London from anywhere while on the move, and it also needed to be compact, easy to assemble and easy to use. Use and assembly of the TVUPack was easy, and for the most part it was a good low-cost alternative to DSNG.”

The TVUPack has since been used by IQRA TV for coverage of many varying events and telecasts including coverage of Somali drought affected regions in Africa, flood-affected areas of Pakistan, and a US Conference.

About IQRA TV
IQRA TV is a premier broadcaster of Islamically based programmes created to inform and educate. Located in the heart of London, IQRA TV aims to enhance community relations and cohesion at a time when there is a greater need for peace and understanding. As an Islamic educational TV channel on UK SKY Channel 826, IQRA broadcasts in multiple languages ensuring a wider spectrum of viewers benefit from its contents. Reaching out to both Muslims and non-Muslims, IQRA TV promotesprogrammes with a universal appeal, including documentary, community news, technology, education, talk shows, cookery and health.

About the TVUPack
TVU’s award-winning TVUPack is a portable ENG solution that enables broadcasters to capture and broadcast live interviews and events in HD over multiple 3G/4G cellular wireless networks,WiFi, WiMax, and BGAN, giving the functionality of a satellite or microwave TV van in a light weight backpack.  To address the limited bandwidth and instability of 3G/4G wireless networks, TVU Networks developed its proprietary Inverse Stratmux technology, which dynamically segments a live video signal and transmits the segments through multiple independent 3G/4G connections. TVUPack’s intelligent control system monitors bandwidth and performance of each connection in real-time to ensure that each wireless connection is fully utilised, delivering the most stable broadcast-quality live signal available from a portable ENG solution. Hundreds of TVUPacks have already been deployed by major newsgathering organisations and independent video producers around the globe to broadcast live events in both SD and HD.