The 12-tonne truck is part of the rental company’s on-going expansion and update of its OB fleet. Built on a DAF LF210 chassis, the vehicle has been specifically designed around the small footprint required for central London productions.

Aimed predominantly at Video Europe’s existing OB and production clients in the UK, OB5 has already been used on film premieres of Tomorrowland, Entourage and Minions in London’s Leicester Square, coverage of Chelsea FC’s under-21 football matches and Welsh Premier League rugby.

“Our OB department has gone from strength to strength, particularly since we added OB3, our flagship 16-camera truck, to our fleet in May last year,” said Steve Green, Managing Director of Video Europe.

“OB5 was commissioned to evolve our existing vehicle range and adds another great option to our line-up for our sports and light entertainment clients, as well as for other OB clients.”

Ben Murphy, Sales Director of WTS, said: “We are proud to have played a key role in this exciting expansion of Video Europe’s OB facilities. WTS has now provided Video Europe with several market-leading OB solutions built to the highest specifications,, in the shape of a 16-camera, double-expanding HD truck and tender vehicle, a full flyaway kit and now this eight-camera HD vehicle.” 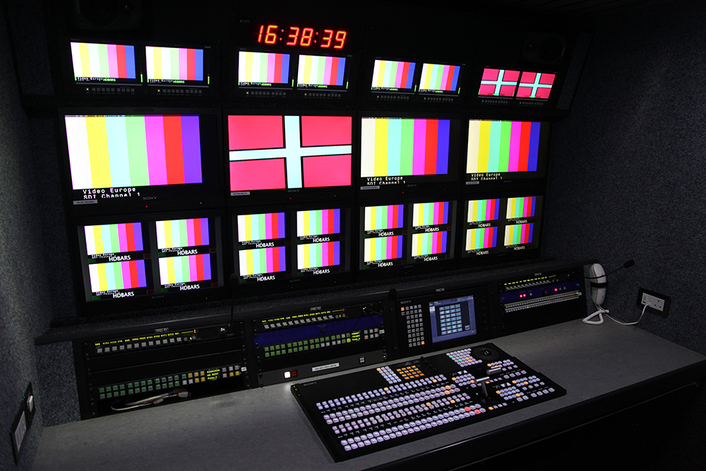 “OB3 needed to match the equipment used across Video Europe’s new fleet of vans and flyaways, using hybrid router technology and a similar design concept to ease the transition between these facilities for engineers and operators,” he explained.

“The build required us to integrate a relatively small vehicle with the level of equipment you’d usually find in a larger OB, whilst maintaining the flexibility of design Video Europe wanted.

“The fact that WTS was able to provide all the requisite services in-house – coach-build, electrical engineering, systems integration and equipment supply – was also a key factor in meeting the quick turnaround Video Europe wanted on the vehicle.”

Despite its comparatively small size, OB5 offers a full array of equipment and is capable of handling complex production requirements.

The vehicle boasts a core based around a Grass Valley NVISION 8500 Series Hybrid router with internal frame synchronising and audio manipulation paths, as well as Grass Valley audio and video glue and Trilogy SPGs. 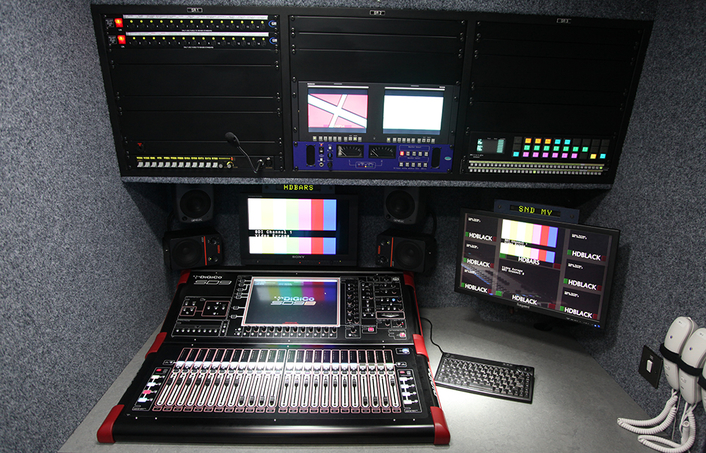 It also incorporates a Sony MVS-3000A 2ME 32-input vision mixer, and can accommodate up to six HD decks or recorders and two eight-channel EVS.

Audio is covered by a DIGICo SD9B 48-input audio mixer with Cat6-based stage boxes and a Snell P125 36x36 audio router. Both are connected via MADI to the NV8500 Hybrid router. This provides 32 SDI embedding paths and 16 de-embedding paths, all of which can be passed back to the router, mixer and external MADI streams. The configuration affords great flexibility for such a compact system. 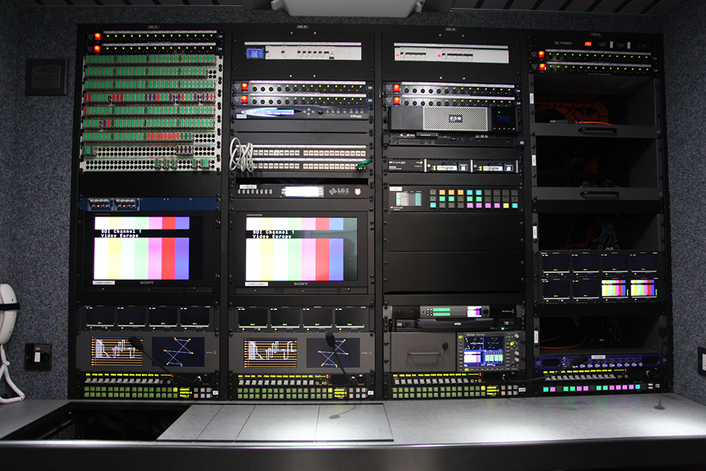 Sony HDCU-2500 CCUs are included for use with the eight HDC-2500 camera channels, along with two RF camera channels. Grass Valley was chosen for the truck’s multi-viewers, while the inclusion of an LGZ-USB recorder allows for real-time recording of content to eight USB drives for immediate distribution to stake-holders at the end of a broadcast.

WTS is also a specialist supplier of broadcast production equipment and technology services to the global broadcast media industry. WTS focuses on expertise and service, providing consultation and guidance to customers, as well as supply, service, support and installation. WTS partners with more than 90 leading manufacturers to supply state-of-the-art professional broadcast equipment to customers all over the world.