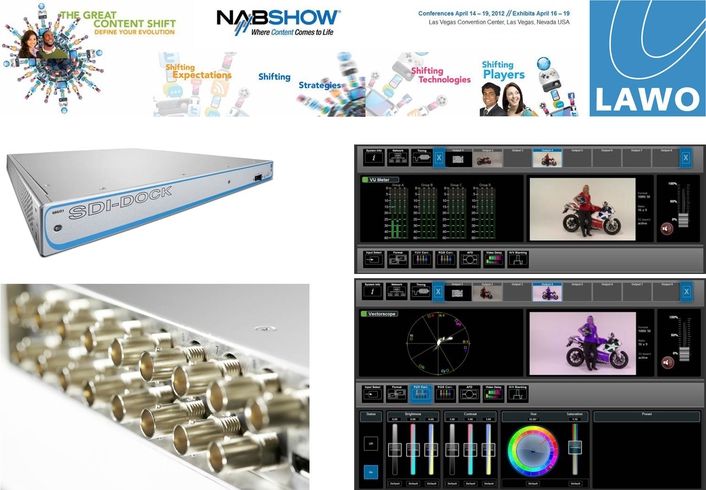 Lawo's SDI-Dock bridges the worlds of audio and video
Lawo will premiere its SDI-Dock at this year’s NAB. This new device is the perfect bridge builder between the audio and video worlds. To accomplish this task, the new product features an impressive channel density of 8 high quality embedders and de-embedders and 128 audio channels through MADI. In the future, a RAVENNA interface will also be available.

Using high quality 3G SDI embedders and de-embedders allows the use of any audio signal from up to 8 video signals, as well as the integration of new audio signals into the video signals. Up to 16 audio channels are supported per stream. Thanks to the simple connection through MADI, the handling of such a great number of audio signals becomes a piece of cake. Even varying reference clocks between video and audio do not present major challenges due to sample rate converters in each embedder.

The SDI-Dock comes with many powerful video processing features such as a frame synchronizer for each video channel that allows the use of different video formats at the same time. Each video channel comes with an integrated color corrector and proc-amp to adapt each incoming signal to individuals color requirements, while high quality algorithms guarantee a perfect video signal.

With such a number of video and audio tools combined into one compact device, the SDI-Dock becomes a powerful production tool able to complete many tasks during daily TV productions.

Thanks to optimized touchscreen control, the SDI-Dock can be easily integrated into any infrastructure without requiring any further control elements. A simple web browser serves as the user interface.

The SDI-Dock is designed for the seamless integration into the world of the mc² series. Thanks to MADI and RAVENNA, the connection of SDI to audio routers is more efficient than ever before. Through the smart separation of video and audio control, the SDI-Dock guarantees smooth workflow during productions at all times.

New master card brings RAVENNA to mc² consoles and Nova73 HD routers
RAVENNA – the technology for real time processing of audio signals in IP-based network environments – forms the basis for the new interface cards for all members of the mc² series and the Nova73 HD routing system.

The implementation of RAVENNA technology into Core technology and DALLIS I/O-systems is of the highest quality and offers an extremely low latency of 1 sample per stream, bringing it on par with the performance of MADI. However, the main advantage lies in the increased bandwidth of 128 channels. This allows twice the packaging density, providing increased efficiency at lower cost. Thanks to exchangeable SFP modules, any cabling options, including CWDM applications, are possible. The resulting flexibility allows, for example, the use of cost-effective CAT cables or optical connections.

The introduction of RAVENNA into the mc² series and the Nova73 HD routing system is consistent with Lawo’s strategy of continuously expanding the AoIP capabilities of its products. This shows that this technology can be applied effectively - even in the most demanding environments such as live broadcast.

Lawo's new Multitrack Editor - re-defining efficiency for audio productions
Lawo extended its product offering under ‘Broadcast Applications’ with a new, attractive application: the Lawo Multitrack Editor. With this software solution, Lawo provides another product to support its customers in overcoming the daily technical challenges in the newsrooms and editing workplaces by increasing workflow efficiency.

Lawo’s Multitrack Editor was developed out of the well-known Multitrack Editor (MTE) that has been a standard tool in radio production primarily in Europe and the US for several years. The new Editor’s intuitive design is particularly convincing. It allows for single as well as multitrack recording for any editing or mixing projects connected to radio productions, both simple and complex.

The focus during the development of the integrated function was the efficient control of the software. Providing a clear arrangement of the most commonly used functions through optimized control elements, the new user interface achieved exactly that: the integrated ‘Reporter Box’ offers scripting and recording functions to accelerate journalistic tasks considerably. 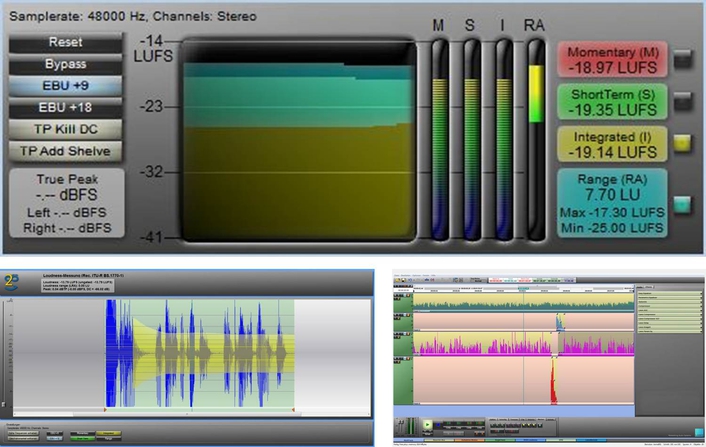 The use of VST plugins allowing individual signal processing is another advantage. The most frequently used processes, such as equalizers, compressors, limiters, and AGC – known from Lawo’s mc² series – have already been integrated into the Lawo Multitrack Editor.

In addition, the Editor offers an integrated loudness function, supporting improved level control during the production process. Aside from metering, archived data can also be analyzed according to EBU R128 regulations using an analysis function.

The Lawo Multitrack Editor will be available soon.