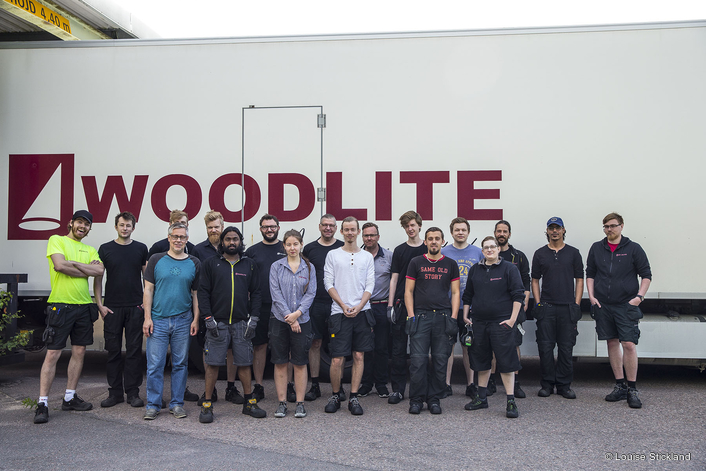 Woodlite is a large, well-stocked and super-efficient dry hire specialist with an HQ just outside the attractive university town of Karlstad, the capital of Värmland county in Sweden, and a facility in Stockholm.

The company is active all over Scandinavia and Europe and has recently invested in over 100 Robe BMFL moving lights bringing their current BMFL total to around 330. They also own nearly 350 Pointes … such is the growing popularity of both these types of Robe fixture.

The company was founded by Magnus Jansson in 1995 and has built its success on having the latest technologies available, in excellent condition … and making the process of getting the kit needed to the client / project quickly, easily and always with a smile.

Woodlite started investing in Robe products in 2010 when the LEDWash series was launched. That was the time, says Magnus, when the demand for Robe really started to grow amongst their clients, especially in the rental and staging sectors.

When the BMFL was launched in September 2014 … Woodlite immediately invested as they could see the massive potential for this high powered signature light. “The demand for BMFLs has been incredible – across all regions, all sectors and all disciplines of lighting – people just want to use them,” he states.

From a rental company perspective what’s important is having good quantities of ‘industry standard’ products on board, and once he perceives that a product is reaching that status … he knows it’s a rock solid investment with a decent lifespan and a guaranteed ROI.

The investment in Pointes followed the same path as they rapidly became the beam / spot luminaire of choice in Europe. “We hear time and again that people love Pointes because of their versatility and functionality equally well as a beam, a spot or an effects unit – it’s great value for everyone!” 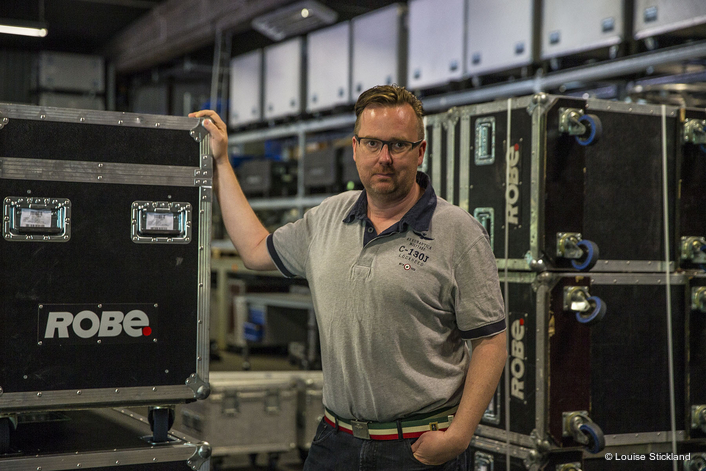 For BMFLs, it’s also the multi-functionality … and more specifically, the brightness and power.

They also have Robe’s LED DLX Spot and DLS Profiles in stock and some CycFX 8s,  which amounts to around 3000 moving lights in total.

The Karlstad warehouse is a 3500 square metre premises and there are currently 18 people working full time for the company, all of whom Magnus values highly as well as the regular freelancers.

There is a big emphasis on the human element of the enterprise and Magnus explains, “The aim is to provide a positive and interesting environment for people in which they can develop. Our industry is a business driven by expressions and personal growth”

Woodlite’s business model of being easy and pleasant to deal with and having well prepped and maintained kit to their own ‘Woodlite standard’ is straightforward on one hand, but a lot more complex to execute on another. It relies on a lot of trust and everyone having the right attitude and personalities.

Magnus’s relationship with Robe’s Swedish distributor Bellalite goes back to the early 1990s and building and sustaining long term relationships - as opposed to benefitting short term gain - is very much integral to Magnus’s commercial philosophy.

Magnus himself started in the industry as a DJ – impressed with one of his sister’s boyfriends … he thought it was a cool thing to do! That led to the purchase of his first sound rig and then a lighting desk and some broken dimmers which he fixed – he’s always had a love for tinkering with electronics!

After finishing college, military service and a few low key jobs  … he landed a contract to light Swedish punk rock band Noice on the road in 1994/95, during which time he got the idea that he could make a business out of renting premium quality kit and providing excellent service … the rest as they say … is history!