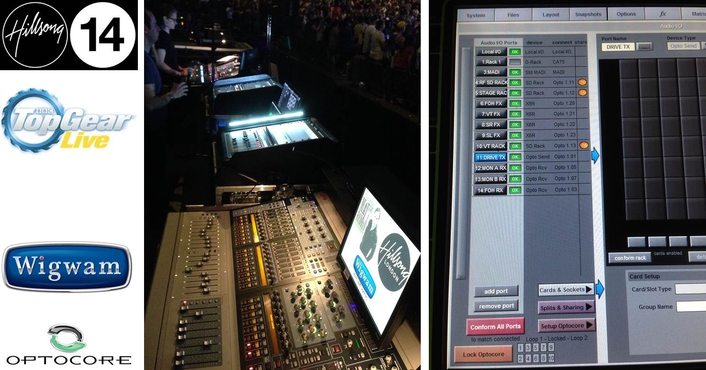 Wigwam installs first ‘live’ Mux22 as part of Optocore/DiGiCo Multiplexed Fibre Ring for Hillsong and Top Gear Live
Wigwam Acoustics has implemented DiGiCo and Optocore’s latest software to build the first Multiplexed DiGiCo Fibre Ring systems for use in the live environment, which in addition to audio, also incorporated video transport. Deployed on Top Gear Live and the annual Hillsong Conference Europe, the systems allowed a range of DiGiCo mixing consoles and Optocore devices to work seamlessly together.

DiGiCo is the only console manufacturer to benefit from OEM Optocore and is running the native 2.21 Optocore protocol. Launched at ProLight+Sound in March, the system allows Optocore devices to seamlessly function on a DiGiCo optical loop. This allows, for example, Optocore X6R and V3R mic preamps to be controlled directly from DiGiCo consoles.

“Being long term associates of both Optocore and DiGiCo, we are keen to embrace the technologies afforded to us as they progress,” says Wigwam’s Alex Hadjigeorgiou. “We work very closely with both companies and had been investigating a way of providing more functionality through our existing DiGiCo Fibre Ring.

“Maciek Janiszewski from Optocore explained what could be achieved and helped sanction an initial design. This led to the development of a full system realisation, which catered fully to the requirements of both Top Gear Live and Hillsong. It sounded great when it was tested in the warehouse — but there’s a massive step between that and putting it on a real world show.”

The two events could not have been more different. Top Gear Live featured motoring stunts, races, car testing and big show numbers, all accompanied by the usual innuendo and schoolboy humour of Jeremy Clarkson, Richard Hammond and James May. In contrast, Hillsong Conference Europe — which took place at London’s O2 Arena — was three days of Pentecostal worship and music.

The systems used on both events included various configurations of DiGiCo consoles, including SD10s, SD8s and an SD-11 System Drive console, with a mixture of I/O units, including three DiGiCo SD-Racks, an Optocore X6R-FX equipped with analogue output boards and a X6R-TP offering additional digital AES I/O over Cat5 based SANE protocol.

A Mux22 interface, from Optocore’s specialist broadcast start-up, BroaMan, was also used for the first time in a live context on Top Gear Live and ran the d&b audiotechnik R1 control system on a point-to-point single-mode fibre. At Hillsong, knowing Mux22 gave Wigwam point-to-point video capability it enabled them to carry out internet streaming provide feeds to God TV and live feeds to the video screens. 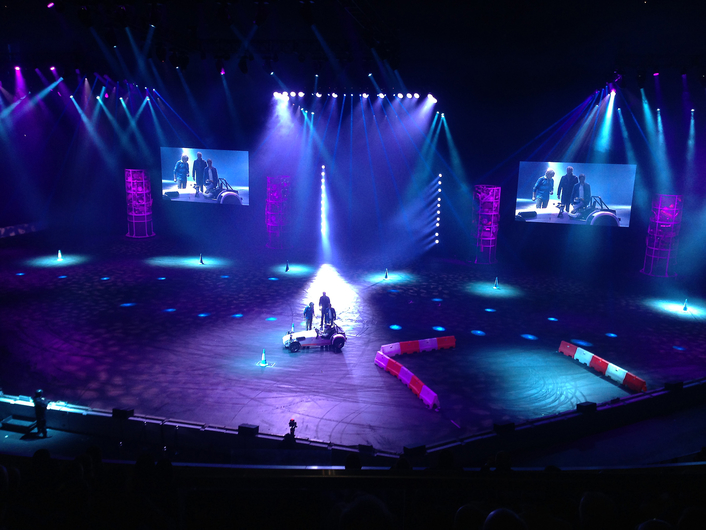 Its expertise helped Wigwam establish the necessary lines of communication for the transfer and management of audio, video and data. A pair of the BroaMan Mux22 units sent audio, video and data streams at different wavelengths along the same piece of fibre optic between the front of house mix position and the stage at each event: 4 bi-directional 3G-SDI video streams, the DiGiCo and Optocore 2Gbit Fibre Ring for audio, as well as gigabit Ethernet control network which included a data to control d&b D-12 amplifiers, located on stage.

“The level of responsiveness in terms of the system’s control cannot be underestimated,” says Wigwam system designer Rob Priddle — the man responsible for proposing this new solution. “When implementing new technologies there’s always an element of leaping into the unknown. But with the support of both DiGiCo and Optocore/BroaMan, the resultant system worked exceptionally well on both events.”

Summing up, Alex Hadjigeorgiou said, “The result of deploying this DiGiCo/Optocore fibre ring was that the control was a lot quicker and although the transmission was complex the set-up time was greatly reduced. Someone had to bite the bullet and this solution would have been impossible without Mux22; because it was made by BroaMan we knew it would be compatible with a DiGiCo ring, that had been made by Optocore.” 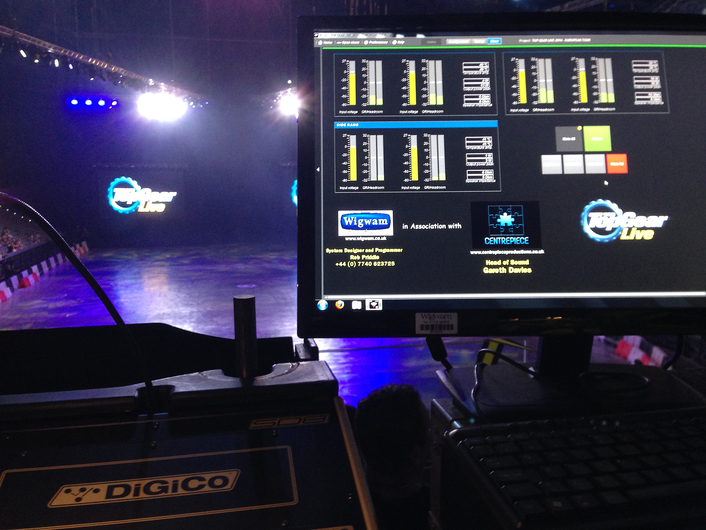