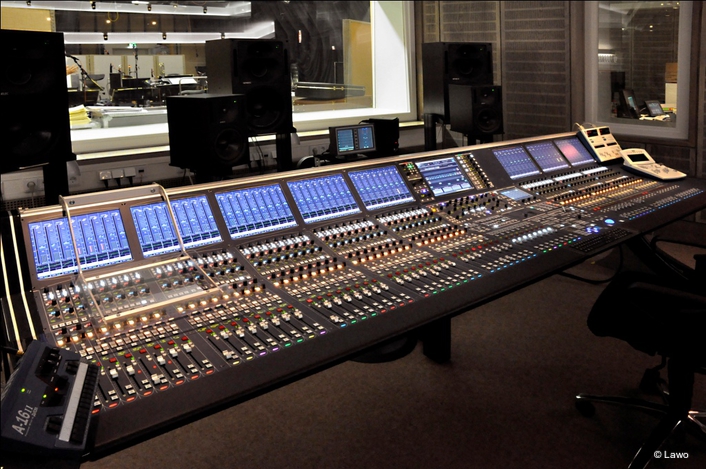 Lawo mc²66 at WDR
Carmen McRae and Jiggs Whigham. Joe Zawinul and Eddie Harris. Many jazz stars have already recorded albums in WDR’s Big Band studio. The works of Patti Austin, Vince Mendoza, as well as Randy and Michael Brecker have even been awarded a Grammy. In the legendary Big Band studio – Studio 4 – WDR have installed new technology, and at the heart of this studio is the latest generation Lawo mc²66.

The console has 72 faders (40+8+24) and offers the possibility of easy extension. It provides 240 DSP channels and an additional 40 DSP channels for redundancy. The routing capacity of the new HD core boasts of 8000 x 8000 crosspoints. “The new mc²66 hit the market just at the right time, as the 72 faders that we required became available, in contrast to the previous mc²66 with only 48+8 faders”, reveals project manager Edgar Thönnissen. “Also, the ‘Touch/Record’ function is a big improvement that, following an automation pass in post production, allows easy changes to be made.”

Studio 4 and its associated control room is used for around 200 days per year by the WDR Big Band – for rehearsals, recordings and mixes. In addition, similar or smaller bands also use this facility, as the studio acoustics are eminently suitable for this type of work. WDR installed the new Lawo mc²66 during the course of technological modernisation and standardisation within their music and outside broadcast production facilities. The previously installed console couldn’t meet current technology standards, and wouldn’t be able to adequately fulfil challenges in the future. “Consistently equipping with Lawo technology allows for flexible staff schedules”, says Thönnissen. “Furthermore, there is now spare parts compatibility between the existing and new facilities”. “Productions from OB van through to a mix in the studio will now be possible using the same sound engineer, thanks to the uniform technology”, adds Sebastian Roth, Group Manager for Music and Outside Broadcast Productions.

In addition to the classical music editing facilities, the edit suite was equipped to handle smaller spoken word productions. WDR wanted to achieve a more efficient use of the production complex in the future, as well as more flexible scheduling. The Lawo crystal console installed for this purpose has, via Lawo’s VisTool facility, access to the GUI and audio channels of the new mc²66 in Studio 4’s control room. “I regard the use of Plug-ins via the Lawo Plug-in Server as an important tool for the future, for example, in post editing with special EQs or compressors.” a further advantage of Lawo consoles as described by Sebastion Roth.

Speedy refurbishment during the summer break 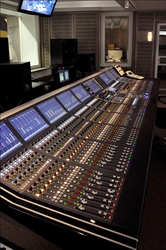 Project planning started in April 2008, followed by an EU-wide tender competition in September 2008. The first project engineering dialogue with Lawo took place in March 2009. From June to August 2009 there were only four weeks available for the construction workers and four weeks for the studio’s technical installation. This schedule had to be completely adhered to, as reconstruction was only possible during WDR Big Band’s summer break. The first WDR Big Band production was successfully recorded and mixed in the modernised Studio 4 on 31st August 2009. “A very important reason to choose Lawo was the good experience we had in previous projects, and the confidence we have in them”. This in reference to Lawo as the supplier and main contractor for WDR’s OB vans. “Also, the support that Lawo provided over many years shows that the company places a high value on long-lasting customer care. After 20 years, our Ü2 OB van will soon be taken out of service. The Lawo PTR console – supplied when Lawo still built analogue desks – has been supported by Lawo right to the very end”, adds Thönnissen.