Free Webcast on June 22 Will Explain the New Standards Suite and How It Will Enable a More Flexible, Efficient, and Creative Broadcast Industry

SMPTE®, the organization whose standards work has supported a century of advances in entertainment technology, today announced that it will host a free webcast — open to the public — explaining the basics of the new SMPTE ST 2110 suite of standards for professional media over IP (internet protocol) networks. Scheduled for June 22 at 1 p.m. EDT, the "SMPTE ST 2110 — Professional Media over IP Networks" webcast will be hosted by John Mailhot, SMPTE Fellow and systems architect for IP convergence at Imagine Communications.

"With its potential to enable a better, more flexible, more efficient, and more creative broadcasting industry, SMPTE ST 2110 represents a seismic shift in how media can be handled, processed, and transmitted," said SMPTE President Matthew Goldman. "The topic has attracted a lot of attention; visitors to the 2017 NAB Show were blocking the aisles to see the IP Showcase, where more than 40 manufacturers utilized the final draft suite of standards to connect their systems. During this webcast, John will offer a closer — and more convenient — look at the new SMPTE ST 2110 suite of standards and how they will affect our industry."

The SMPTE Standards Community has been working diligently to complete and publish the SMPTE ST 2110 suite of standards, which allow for separate routing of video, audio, and ANC data flows over professional IP networks in real-time to support broadcast production and playout applications. The June 22 free webcast will cover the basics of the SMPTE ST 2110 suite of standards; describe how video, audio, and data signals are switched and routed; and explain how the proposed timing model allows users to keep all the parts correctly time-aligned.

Several of the SMPTE ST 2110 standards documents are nearing completion, and publication via the IEEE Xplore® Digital Library is tentatively slated for later this year. 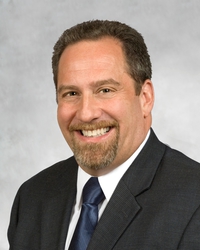 About SMPTE®
For more than a century, the people of SMPTE (pronounced "simp-tee") have sorted out the details of many significant advances in media and entertainment technology, from the introduction of "talkies" and color television to HD and UHD (4K, 8K) TV. Since its founding in 1916, SMPTE has received an Oscar® and multiple Emmy® Awards for its work in advancing moving-imagery engineering across the industry. SMPTE has developed thousands of standards, recommended practices, and engineering guidelines, more than 800 of which are currently in force today. SMPTE Time Code™ and the ubiquitous SMPTE Color Bars™ are just two examples of SMPTE's notable work. As it enters its second century, SMPTE is shaping the next generation of standards and providing education for the industry to ensure interoperability as the industry evolves further into IT- and IP-based workflows.

SMPTE's global membership today includes more than 7,000 members: motion-imaging executives, creatives, technologists, researchers, and students who volunteer their time and expertise to SMPTE's standards development and educational initiatives. A partnership with the Hollywood Professional Association (HPA) connects SMPTE and its membership with the businesses and individuals who support the creation and finishing of media content. Information on joining SMPTE is available at www.smpte.org/join.