The Voice of Switzerland with STAGETEC Round Two 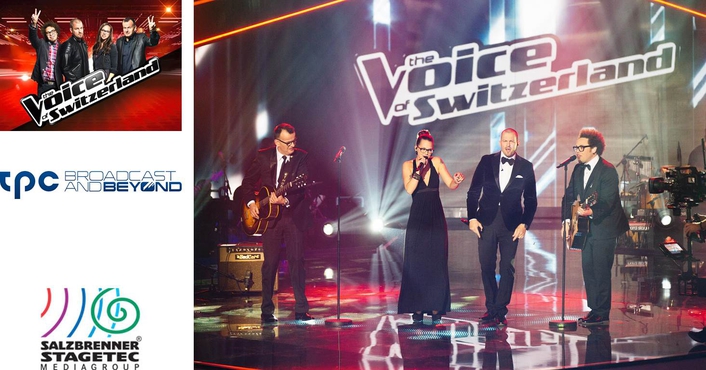 .
Once again, production company tpc – technology and production center switzerland ag – is relying on STAGETEC equipment to produce the second season of The Voice of Switzerland for Swiss Radio and TV broadcaster SRF. The talent show's live broadcasts are produced at the Bodensee Arena in Kreuzlingen, Switzerland, between 27th March and 24th April.

tpc uses its largest OB vehicle, the HD1, which like all big tpc OB vehicles features an AURUS control room with integrated NEXUS network. Three additional NEXUS Base Devices from tpc's own pool of portable stage boxes are added to this audio network especially for The Voice of Switzerland. 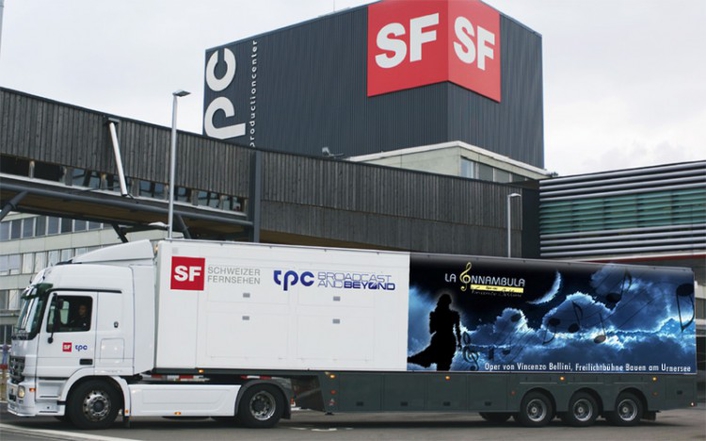 During the live shows and pre-recording a CRESCENDO is used for the live band premixes. The singer's microphone signal is fed to the HD1 control room on a separate line, enabling the sound supervisor to concentrate on the voice.

An interesting aspect of this production is the plug-in server that replaces all external sound processing devices. Its plug-ins are controlled by the CRESCENDO scene automation. This enables the sound engineer to create a plug-in setup for each contestant during the sound check and to recall it later from the console. This intelligent combination supports a rapid succession of contestants and vastly improves the workflow of the seven week-long production marathon.