The next step in studio automation
Vizrt will display the latest version of the powerful Viz Mosart studio automation system.  Including tools for directors to instantly access content from any source and output to any location to help make easy on-the-fly decisions in an automated control room.

At the Broadcast Engineering conference – Monday, April 7th at 4:30pm – Vizrt’s CTO, Petter Ole Jakobsen, and Product Architect for Viz Mosart, Mads Grønbæk, will present the first version of a fully-integrated Vizrt and Mosart studio automation solution that offers broadcasters a new way of solving their TV in A Box needs.

4k, IP, and cloud rendering
Vizrt will display the real-time 4K and Ultra High Definition (UHD) rendering capability of the new 64-bit Viz Engine, Vizrt’s real-time 3D compositing engine, which uses the Matrox DSXLE3/04/4K for both 4K and UHD SDI output. In addition, Vizrt will show its IP-streaming capability, allowing broadcasters to stream multiple formats and resolutions simultaneously, speeding up the creation of online and mobile graphic and video content.
Integration with NVIDIA’s GRID VCA enables up to eight concurrent users to share the same application with workstation performance and Quadro compatibility, removing the need for a high-capacity local workstation and making it possible for a design department to have Viz Artist on every desktop. Viz Engine will run in the IBM cloud enabling editors using Vizrt’s graphics plug-in in their native non-linear editor (NLE) to access graphics without the need for Viz Engine hardware. 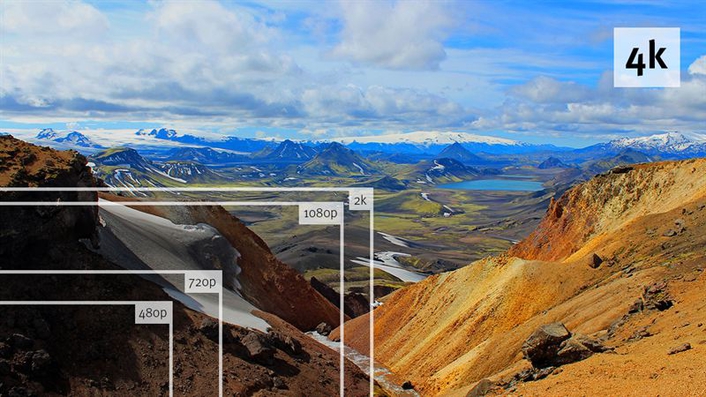 What’s next from Vizrt
The ‘What’s Next’ demo position will feature several new tools for designers to expand their graphics creation capabilities, including integrating Maxon Cinema4D and Adobe® After Effects projects with Viz Artist. ‘What’s Next’ will also feature Vizrt’s new graphical asset management workflow that showcases a comprehensive Order Management solution, a system that tracks asset requests from editorial staff and the delivery of those assets by the creative team. The system will enable journalists to finish stories faster and the creative team to manage the workload throughout the day. It ensures finished media and graphics are automatically available in the newsroom system.
The latest version of Viz Trio will also be demoed, featuring many user interface enhancements and speed improvements for handling large data sets. 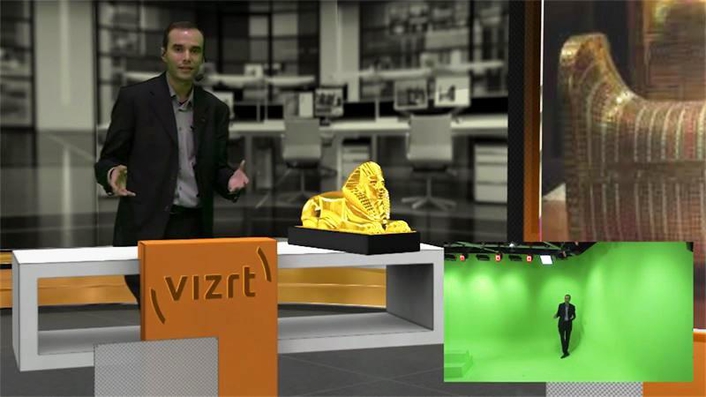 Viz One for smarter media asset management (MAM) & clip store
Vizrt will showcase the new release of the Viz One media management system for ingest, proxy editing, and non-linear editing to combine creative broadcast graphics and video. Integrated with Avid Media Composer, Adobe® Premiere® Pro, Adobe® Anywhere®, and Apple Final Cut Pro X, Viz One connects every system—newsroom, online and playout—in one workflow.
Vizrt will highlight new features including the unique Meta-Graphics workflow which allows the journalist to place graphics on a video timeline without burning in the graphics. The graphics and video are rendered together live on-air and online allowing last-minute changes. Other new features include a logging tool, and the newest generation video player and editor accessible directly in any browser and capable of tackling proxy-editing needs. Graphics can be added to video from within any newsroom control system (NRCS) and stored as metadata that can be viewed and edited in the browser-based Viz One interface.
Graphics and video can be composited in real-time live on air, allowing the journalist to make changes up to the last minute. The new Clip Store package for Viz One provides a central repository of images and video, tightly integrated with Viz Engine.

Sports production and analysis
Vizrt has provided the graphics, video, and analysis for every major sports event this year including the Super Bowl and Sochi Winter Games. At NAB 2014, Vizrt will show what’s planned for the World Cup with an interactive touchscreen tournament solution. Vizrt will also show Viz Libero’s integration with Deltatre Magma Pro for player tracking and viewing statistical data provided live during the tournament. The latest version of Viz Libero includes 4K clip processing, an extended disc recorder that allows for recording and buffering video while processing clips. It also provides generic sports calibration to provide simple telestration for any sport and is ultra-portable so is an ideal sports analysis companion for any production environment.
On show for the first time at NAB will be the image-based tracking version of Viz Arena, Vizrt’s live sports graphics system. The system provides live virtual graphics and branding for live sports without the need for mechanical tracking systems.

Social TV integration
The Vizrt Social TV solution embeds social media content into any broadcast with workflows that engage viewers. The solution allows journalists to moderate and interact with social media content including images and videos. Journalists can interact with viewers through the display of real-time vote results in the newsroom, control room, and studio, as well as automate the distribution of content through Viz Multichannel, Vizrt’s channel branding system. 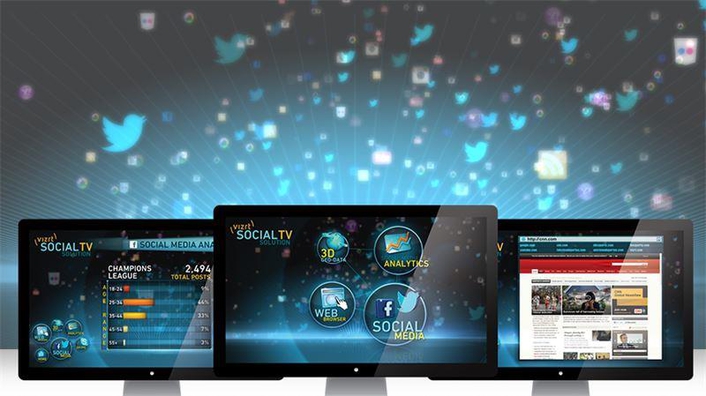 Weather and Maps
Vizrt’s 3D mapping solution Viz World has been released with a new user interface and a suite of new tools that improves journalists’ and designers’ productivity. The features will be demoed within a complete newsroom workflow as well as in Viz Weather, a powerful 3D weather system featuring a simplified user interface and improved graphics displays. Live data for lightning, radar, watches and warnings, and local storm reports and other new enhancements strengthen Viz Weather capabilities.
Vizrt will host social events on their booth Monday, Tuesday and Wednesday between 5pm-6pm. To attend a social event, sign up on the Vizrt NAB page.
Contact your local Vizrt representative today to set an appointment for NAB 2014.  We look forward to showing you our latest developments and innovations at booth SL2419.