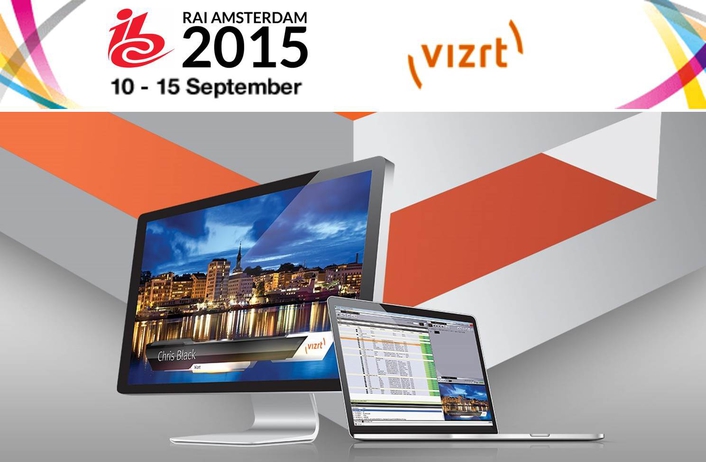 The Vizrt booth (7.A20) at IBC2015 will showcase the latest version of Viz Engine, the 4K multi-channel graphics and video playout server, a cloud-based Graphics Hub and J2K, SMPTE-2022 and Sony LLC streaming services. The latest version of the Viz One media asset management system, combined with Viz Engine, will also be demonstrated at the show with an extremely fast SAN storage and playback production workflow.

Cloud-based graphics production
Premiering at IBC2015 will be the new cloud-based Graphics Hub. It allows easy collaboration between graphics departments and broadcast centres. The cloud-based system allows Viz Engines in multiple locations to playback real-time content from the cloud - a feature ideal for broadcasters with separate production hubs and OB facilities. Disaster recovery operations are also extremely fast to replicate content to new servers once links to the cloud are established.

Live 4K and IP video and graphics production
The latest version of Viz Engine functions as a multichannel graphics and video playout server for HD and 4K while also allowing IP video streaming in and out. It allows Vizrt’s world-class graphics and video to be composited in real-time and output in a wide range of content formats for use online, on mobile devices or live on-air. With the optional centralised SAN clip playback, there’s no need for file transfer - growing clips can be played back live on air. The system remains expandable - multiple GPUs can be added for more complex productions. Viz Engine supports end-to-end J2K and SMPTE 2022 production which allows Vizrt to lead the the transition to IP-based or SDI/IP hybrid infrastructures.

The latest in asset management
The latest version of Vizrt’s market leading media asset management system Viz One - which is now certified to handle AS-11 DPP MXF metadata - will also be showcased at IBC2015. Viz One now enables multiple Viz Engines, or any other video server, to access media directly from a central SAN. This gives users the flexibility to quickly and easily choose content from any networked server.
Vizrt will also show its enhanced file format support which enables the use of compressed H.264 files in their native format. At the show, Vizrt will showcase the ease of delivery of VoD content variants when using its latest-generation transcoding and encoding toolset Coder.

What’s coming next from Vizrt
At IBC2015, Vizrt will be unveiling a new HTML-based newsroom system with an intelligent user interface compatible for mac and PC which gives journalists an easy-to-use tool for populating graphics templates, browsing and preparing videos and setting up automation controls and videowall presets. Editors will also get a preview of a new graphics plugin for Final Cut Pro X which features the Vizrt meta graphics workflow which allows them to add Viz Engine-rendered graphics to the timeline and store them as metadata.
With the new Preview Desk tool, producers in the control room can now see all video assets in preview and on air. The tool allows on-the-fly editorial decisions to be made quickly during live production.
Show Maker - which is integrated with the Viz Mosart and Viz Opus automation systems - lets producers script content using an intuitive interface - perfect for live productions that need simple story scripting but don’t have a large MOS workflow.

Total screen control in the studio
The latest version of Viz Multiplay will be featured at IBC and has the ability to use multiple Viz Engines to drive high-resolution content to a number of video walls using a single interface. This development includes new tools for previewing video and graphics, filling in templates and utilising any other types of media content. 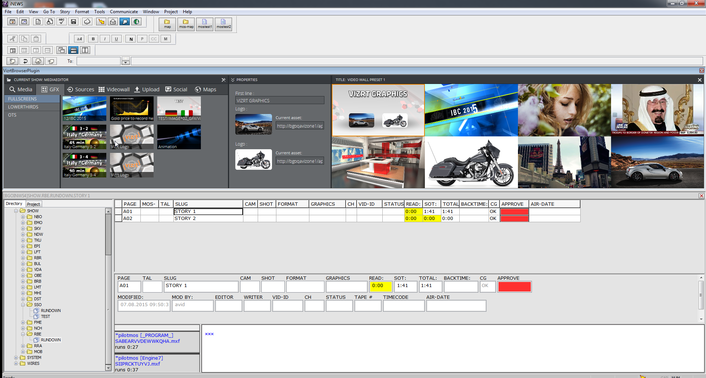 Videowall support in the newsroom

Engage the audience with Social TV
The latest version of the Vizrt Social TV solution will also be premiered at IBC2015. The workflow integration of this single-box solution enables the harvest and moderation of data so it can be triggered to air custom graphics. Its integration with Twitter Curator will also be demonstrated which gives users access to tweets, trendlines and metrics which include gender breakdown and total volumes. This lets producers compare insight from several streams and generate polls and hashtag battles for broadcast. 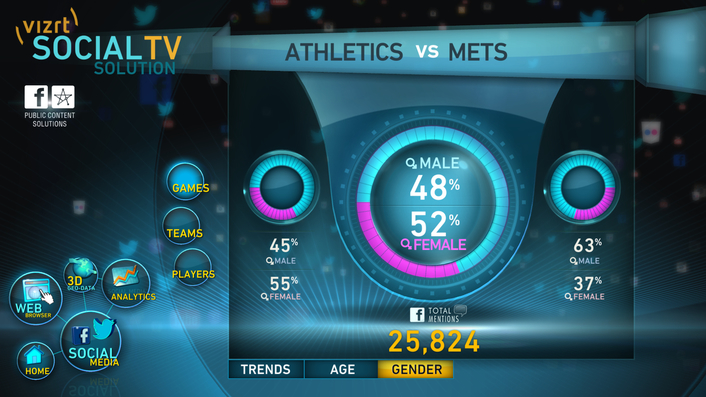 Mapping the world
The latest version of Viz World, Vizrt’s real-time 3D mapping system will be displayed featuring new tools for journalists and operators. They can now dynamically change the number and order of destinations in animated maps as well as change map projections. Users are now also able to select imagery profiles for the DigitalGlobe Online service which lets them see different collections of imagery in any focus area.