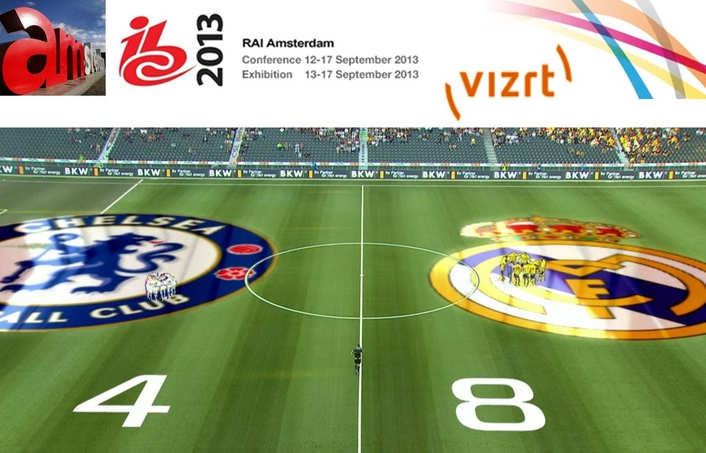 The Harvester - Bridging studio and remote
Another new Vizrt technology showcased at IBC is the Harvester: A component that enables studio access to multi-angle footage of a live production, seamlessly integrated with Viz Libero, Viz Engine, and Viz Media Engine in the broadcast center. The Harvester allows events to be logged of a sport game together with the desired camera angles – from the stands, the studio, or from home using a tablet or mobile device. Multi-angle footage will then be instantly encoded and transferred to the studio where it is directly ingested into Viz Libero for rapid and synchronized processing of 3D analysis. Multi-angle data can also be smoothly used by other Vizrt applications, such as Viz Engine for enhanced, multi-angle interactive highlights shows, or for archiving the multi-angle data with Viz Media Engine. As a one-box solution in a fully automatic workflow, the Harvester can be easily integrated into any existing OB truck.

Virtual Presenter
The Virtual Presenter will be part of the Viz Virtual Studio demonstration at IBC. The Virtual Presenter places your talent among the players and action on the field of a sport analysis clip and as a unique solution for interactive and immersive post-game shows. It is easily implemented on top of an existing Viz Engine and Viz Libero installation and creates a new way for presenters to be literally on the pitch with the players.

Interactive studio solution for World Cup 2014
The World Cup 2014 in Brazil is fast approaching and at IBC 2013, Vizrt will display an interactive package that covers all aspects of a studio show for the tournament. An interactive Viz Artist scene will be controlled from a touchscreen and iPad and will include pre-game elements like team formations and stadium maps for Brazil, in-game content, such as highlight and analysis clips with telestration, post-game elements like player and team statistics, and the tournament schedule. A series of 3D World Cups stadiums, created by Vizrt partner Rakete, will be part of the Viz Virtual Studio presentation. The complete set of scenes on display at IBC are available for broadcasters to use and are easily customized for a unique look and feel. 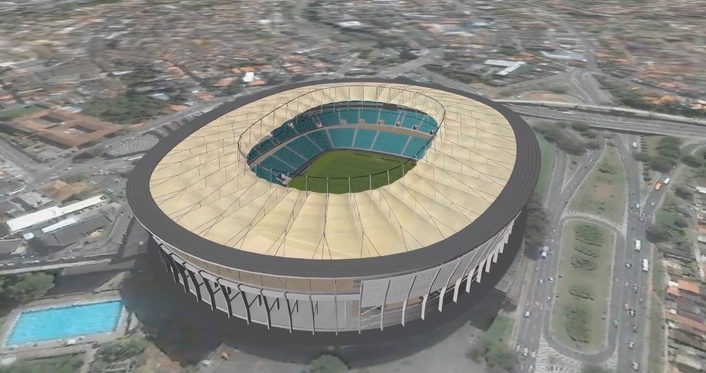