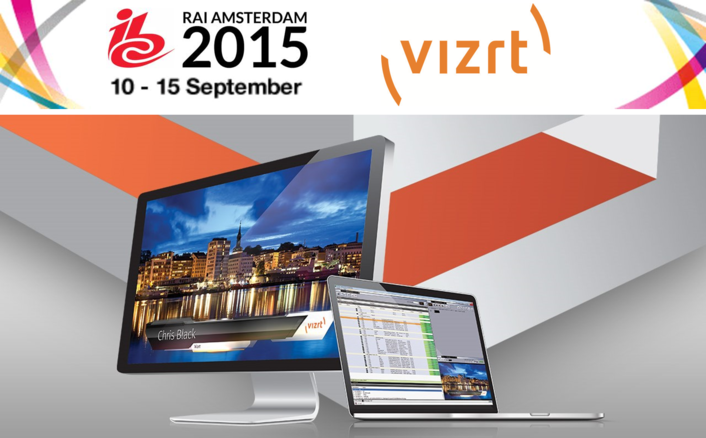 Vizrt announced the premiere of the latest version of Viz Engine as a video playout server at IBC2015–booth 7.A20. The new capabilities create a live production media server that is available to any broadcaster using Viz Engine software.

Live 4K video production
Viz Engine functions as a multi-channel playout server for HD and 4K, while also allowing streaming IP video out. It allows Vizrt’s world-class graphics and video to be composited in real-time and output in a wide range of content formats for use online, on mobile devices or live on-air.

Viz Engine is also expandable - multiple GPUs can be added for complex graphics and video production. The same Viz Engines can be used for end-to-end J2K and SMPTE 2022 . More formats will follow and can be installed as services with no need to upgrade the viz version.

High-performance storage powered by Quantum’s StorNext 5 Platform
In medium to large installations, the live production media server workflow uses high performance storage from Quantum, the global leader in media workflow-optimized storage. Quantum’s StorNext 5-based storage allows media to be taken to air immediately through Viz Engine–without the need to transfer files. The workflow also allows growing files to be played back live to air, increasing the speed with which video can go from the edit bay to air in a live production.

Flexible workflow
Using Viz Engine as a video server gives broadcasters maximum flexibility in their investments. Since every Viz Engine can function as a graphics rendering system and a video playback server, broadcasters can customise their own workflow. Two Viz Engines today could be running a virtual set, then applied tomorrow as a video and graphics playback system.

Broadcasters also benefit from the meta-graphics workflow which allows journalists to add graphics to video in the newsroom from their native newsroom control system. The graphics remain as metadata and can be previewed in the Viz One file management HTML interface while the video remains clean of graphics until composited on-air through Viz Engine. The Meta-graphics workflow allows the journalist to change graphic content up until the moment the video and graphics are played on air.

“We wanted to build the best possible video and graphics workflow for broadcasters,” said Petter Ole Jakobsen, Vizrt CTO. “What we created is a highly reliable video playout server - built on standard PC hardware - that is flexible enough to run a virtual studio, a video wall, or even function as channel in a box with four simultaneous live in/out channels and four simultaneous clip players for multichannel and multistream production.”