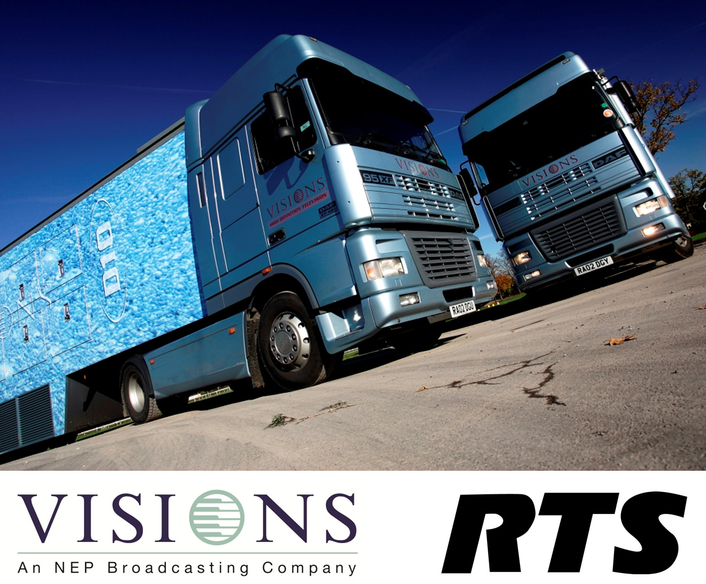 •  The British outside broadcast facilities provider Visions is a firm believer in RTS/Telex equipment
•  For something like 15 years, the company has been relying on matrices and keypanels produced by the American manufacturer
•  As reasons, Visions’ Paul Fournier lists their “great reliability” and the fact that “virtually all freelance sound engineers are familiar with them”

Visions is one of the UK’s largest independent outside broadcast facilities provider. For a quarter of a century now, the Middlesex-based company has been the first choice when it comes to the broadcasting of major sporting, cultural, corporate and social events. “Visions – 25 years delivering the latest OB technology with the very best crew” is how the company sums up its mission, and to imbue that promise with still greater substance, Visions invested recently – and not for the first time – in equipment from RTS/Telex, especially Adams with Tribus and the Cronus systems. 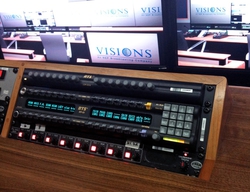 Paul Fournier, Head of Sound, explains why: “We have been relying since the late 1990s on equipment from RTS/Telex,” he says. “In fact, all our OB vans and flypacks are built around digital matrices from RTS/Telex starting with Zeus and continuing on to multi-truck ADAM systems with fibre-linked Tribus cards. These systems have proved themselves now in countless productions over the years and demonstrated their exceptional reliability.” But reliability is by no means the only strong point of the matrices and keypanels produced by the American manufacturer, as Fournier is quick to point out: “The overwhelming majority of freelance sound engineers are fully familiar with them. They can all program the systems without any problems. That makes our job considerably easier.”

The newly acquired systems will be put to the test in a wide variety of applications including the live broadcasting of sporting events, music festivals and club concerts as well as coverage of corporate, social and state occasions. Visions’ impressive fleet of outside broadcast vehicles includes 15 trucks and offers the ideal infrastructure for all broadcasting tasks. It includes HD, SD and VT trucks as well as modular flypack systems. “These offer us the greatest possible flexibility for TV productions of all descriptions,” says Fournier. “Even in the furthest flung corners of the world, we can set up a complete OB production unit, an IBC (international broadcast centre) or an MCR (master control room) capable of delivering in each case studio quality.”

Visions is the largest independent outside broadcast facilities company in the UK and amongst the largest in Europe with almost 25 years experience of delivering first class facilities and service for the production of television in all genres anywhere in the world. Leaders in HD production facilities, having been involved in their first HD productions in 2003 and at the forefront of the development of this standard in OB facilities ever since, Visions has one of Europe's most extensive range of OB and production facilities providing the very latest in technical standards. Its facilities include a fleet of 15 trucks plus edit facilities, OB fly-pack facilities, production offices, studio facilities and much more.
Visions’ extensive list of credits includes three Olympic Games, football and rugby World Cups, the Asian Games, Premier League and Champions League football and a host of music, light entertainment and corporate events all over the world. Supported by some of the most highly skilled and experienced crews in the industry and with full in-house technical development and support, Visions are part of the NEP Broadcasting group of companies, the largest OB operator in the USA. NEP Broadcasting's activities include not only trucks, but also flypacks and studios, and with over 30 years of experience, the combined group of companies can promise the highest level of production service anywhere in the world.