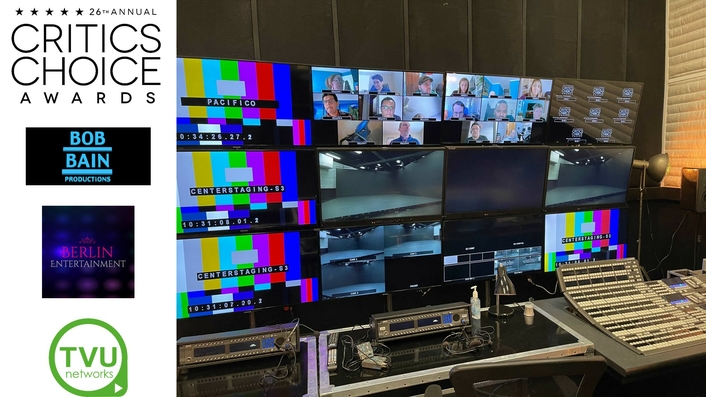 Considered the best predictor of Academy Award nominations, the 26th annual Critics Choice Awards was the first awards show to go live with virtually all of its nominees attending remotely from across the globe. While the host and a handful of presenters were on location in Burbank, nominees attended from their homes or from on-location shoots. Hosted by the Critics Choice Association (CCA), the 26th annual Critics Choice Awards was presented in a predominantly virtual format due to COVID-19 restrictions.

During pre-production, show producers at Bob Bain Productions and Berlin Entertainment determined a single cloud-based video conferencing platform would be best to incorporate potentially hundreds of live remote nominees and other show participants. Standard video conferencing platforms could not meet the team’s three critical technical requirements: 1) scale to a large number of participants 2) manage all participants under one cloud-based application and 3) provide a simple set up without the need for extensive equipment.

The producers turned to TVU Networks (TVU) and its cloud-based video conferencing collaboration solution TVU Partyline, to help them address those requirements for the virtual portion of this prestigious show, which aired as a live, three-hour broadcast on The CW Television Network.

“With TVU Partyline, we were able to start with 170 nominees in the cloud and bring them into baseband with just a few TVU Transceivers in a seamless process under a single TVU platform,” said Russell “Spud” Murphy, Senior Technical Manager, Spudtek. “If we'd used a standard video conferencing solution, we’d have to install dedicated hardware for every virtual nominee, adding substantial cost and complexity.”

On the day of the show, all remote nominees joined the TVU Partyline conference by either clicking on a link in a standard web browser on their PC or using the TVU Anywhere app on their smart mobile device. Prior to the start of the live awards broadcast, many nominees were separated into virtual ‘tables.’ They were able to see and interact with each other at their table and could view the live program as a group using TVU Partyline’s integrated Return Video Feedback (VFB).

As each of the categories were announced, groups of six to ten nominees were switched from their remote locations to the live show broadcast. Category nominees were shown in a grid in the TVU Partyline screen next to the award presenter. Once the winner was announced, producers cut to the winner in full frame within TVU Partyline, with undetectable latency. All 26 award category presentations ran flawlessly throughout the evening.

As each of the categories were announced, groups of six to ten nominees were switched from their remote locations to the live show broadcast. Category nominees were shown in a grid in the TVU Partyline screen next to the award presenter. Once the winner was announced, producers cut to the winner in full frame within TVU Partyline, with undetectable latency. All 26 award category presentations ran flawlessly throughout the evening. 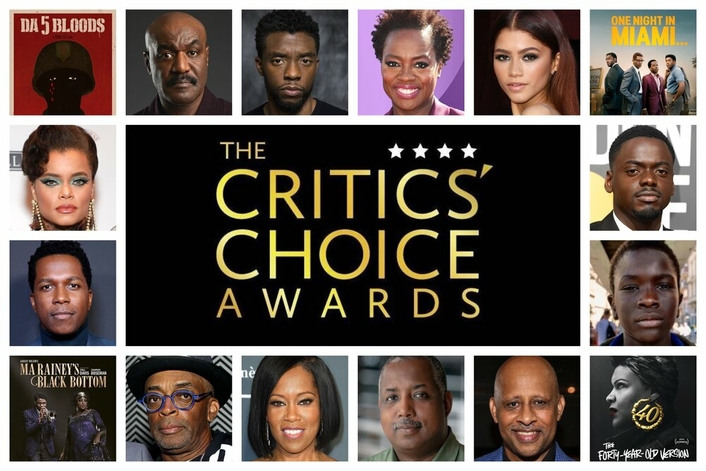 “We could not be more pleased with the outcome of the show, and TVU really helped us deliver a top-notch production. To have 170 nominees together virtually on one platform for a live event was a first for a major awards show,” said Cheryl Teetzel-Moore, Executive-In-Charge of Production, Bob Bain Productions. “TVU provided a cost-effective single platform for all virtual participants to connect using TVU Partyline from their homes or hotel rooms or sets all over the world.”

"TVU did the impossible and brought in more live remote participants than either the Emmys or the Golden Globe Awards," noted Augie Max Vargas, Co-Producer. "In addition, they were highly responsive, and we appreciated the support and training we received from their team."

TVU Partyline, a revolutionary development for social production, enables all members in a remote production environment to communicate seamlessly as if they were all in the same physical space. It enables production crews, talent and guests to use production tools and collaborate remotely in real time with full HD video quality, perfectly synchronized audio and video and mix minus one audio feedback. Collaboration within Partyline is made possible through the use of a Real Time Interactive Layer (RTIL). With a simple shared URL, participants can join Partyline to watch all program feeds live and interact, discuss, control and participate in a production in real-time with undetectable latency. 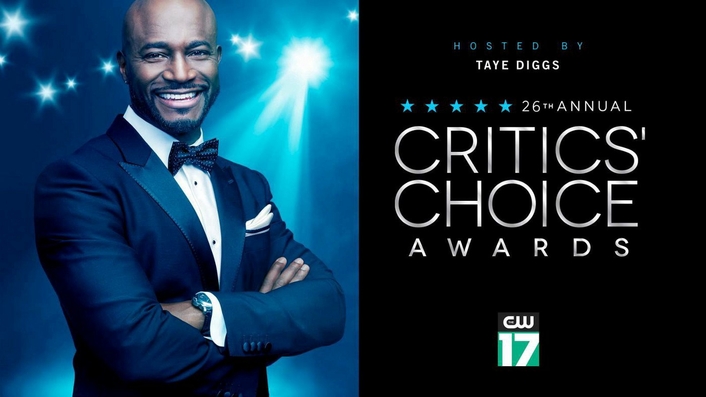 “We’re delighted to be able to help the producers of this distinguished awards show deliver a live production that could easily scale to a large number of remote guests on our cloud platform,” stated Jared Timmins, SVP Solutions, TVU Networks. “TVU Partyline is well-suited for entertainment and sports show applications, and we’ve had many global customers use it for a broadcast quality remote video experience with live guest interaction.”

TVU Networks is a global organization with more than 3,000 customers using its IP and cloud-based workflow solutions across multiple industries including news, entertainment media, sports, corporate, streaming, houses of worship and government. Through the use of AI and automation driven technology, TVU helps broadcasters realize an efficient metadata and story-centric workflow through its TVU MediaMind platform for live video content acquisition, indexing, production, distribution and management. The company has been on the forefront of developing the tools needed to revolutionize and streamline the Media Supply Chain. TVU is a critical part of the operations of many major media companies worldwide and is a Technology and Engineering Emmy® Award winner.