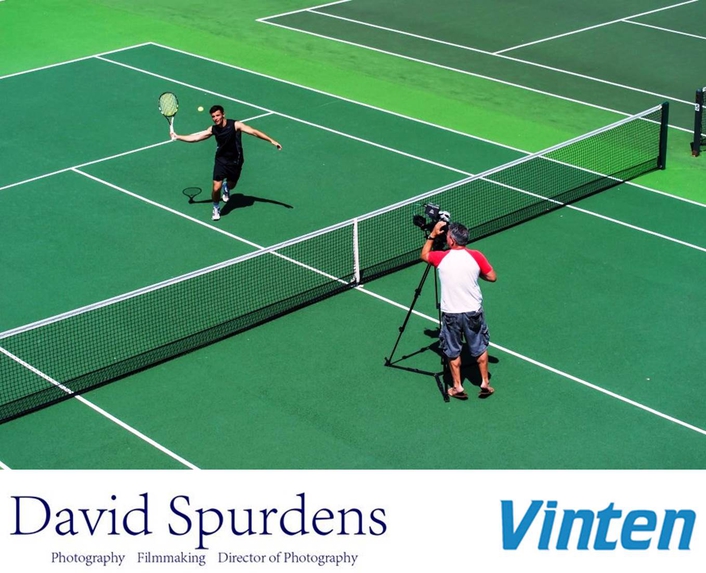 In a career that has spanned over 30 years and earned honours such as the World Press Photo Golden Eye and the Gold Lens from the International Olympic Committee, filmmaker David Spurdens has covered everything from world-class tennis tournaments, such as Wimbledon, to extreme sports in remote locations, including the North Pole and Tasmania.  Now the filmmaker has partnered with Vinten, a Vitec Group brand, for a series of short films highlighting the brand’s acclaimed camera supports.

“The concept of these films was to bring a different aspect of the Vinten brand to life with each one,” explained Spurdens. “For the first film, which I titled “Innovating Perfect Control,” I had the opportunity to film multi-million dollar raceh,orses in the United Kingdom.  These horses have been carefully bred and genetically designed to perform consistently, reliably and with great precision. Each horse has thousands of pounds of power behind each stride and yet they run effortlessly and with perfect control. This concept of perfect control and effortless, fluid movement really personifies Vinten’s range of head and tripod system.” 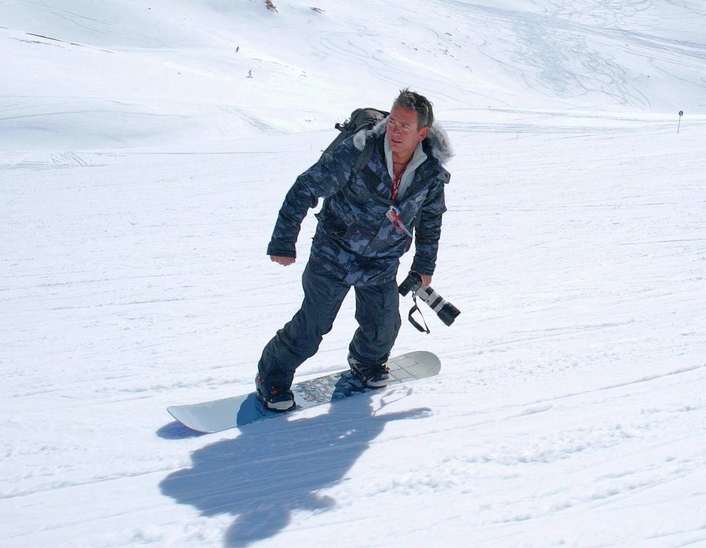 Vinten’s range of camera supports, from the Vision blue series, used by Independent Content Creators, to the Vector 750 used in this year’s Rio games, have a long standing legacy of award-winning engineering and technology that has proven to be ahead of its time. The range offers users the ability to perform reliably and consistently in application areas such as multi-camera studio production and live sports.

"Very rarely are there second chances in my world,” explained Spurdens.  “So I need my tripod to deliver the goods in any condition – working with difficult moving subjects from -20 °C (-4 °F) on glaciers to holding tough one-chance pans. If a snowboarder drops a 70-ft icy face, a B.A.S.E jumper launches from a towering cliff, or if a surfer rides the wave of a lifetime you can hardly ask them to go back and do it again because your equipment failed on you the first time around. The people I have worked with for years would cease to trust me right there and then, which is game over for me."

While he was used to working in difficult environments, it was even more important to get his shots the first time since he was dealing with unpredictable 1,000-2,000 lbs. horses that were sprinting at him. 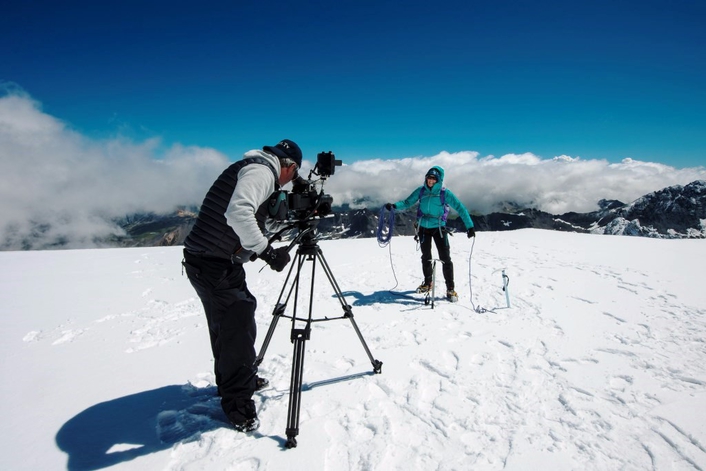 "During the shoot, a huge stallion powered towards me in a slight arc at full speed, seeming through the viewfinder," said Spurdens. "As I looked at the stallion rapidly growing larger in the frame, I knew I couldn't flinch because it was a one-time opportunity. The stallion had his own mind and may never make this trajectory again; he may choose to roll in the mud or run to the end of this big paddock and start feeding on the lush grass."

For such crucial and complicated project, Spurdens used the Vinten 10AS head with Carbon Fibre sticks as his support. "The 10AS was great. It offered a quick release for the rig if I had to move quickly, portability in an unpredictable environment, and the strength to handle the weight of a cumbersome rig," said Spurdens.

Perfect for a wide range of digital camcorders in ENG configuration, the Vinten 10AS pan and tilt head comes equipped with an extensive camera payload capacity of 6.5 to 17 kg (14.3 to 37.5 lbs). Thanks to its infinitely adjustable Perfect Balance, advanced LF drag system, and Sideload plate for rapid camera attachment, Spurdens didn't have to hold back when it came to getting the shots that he needed. 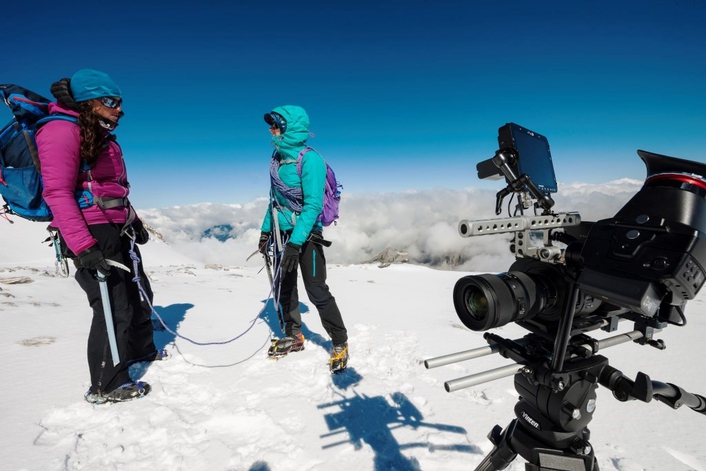 "I'm pulling focus, zooming, panning and the whole time creating a fulcrum as my large frame and the heavy rig starts to put ridiculous pressure on the tripod. While the pressure was too much, in that split second, I knew that this shot was going to be something special and there wouldn't be another chance to take it. Most other tripods would have buckled at some point in that movement, wobbled the shot completely spoiling the pan, or even given way. Luckily, my Vinten 10AS was not one of those tripods. The flexibility of Vinten's counterbalance and its rigidity enabled me to get those shots that would be nearly impossible to get with any other brand."

About Vinten
Vinten®, a Vitec Videocom brand, is a leading provider of manual and robotic camera support systems offering engineering excellence and globally supported solutions for a wide range of technologies and markets.  Founded over 100 years ago by William Vinten, the Vinten brand is still based on its founder's guiding principles of highly innovative design and extreme precision in manufacturing. Offering a best-in-class range of products that includes manual supports, robotic heads, pedestals and controllers, Vinten is the premium solution for studio and outside broadcast. With over 80 registered patents, Vinten frees the camera operator’s creativity by making camera operation effortless.

About Vitec Videocom
Vitec Videocom, the Broadcast Division of The Vitec Group plc, brings together some of the most respected, innovative and sought-after brands in the industry: Anton/Bauer, Autocue, Autoscript, Bexel, Camera Corps, Litepanels, OConnor, OffHollywood, Paralinx, Sachtler, SmallHD, Teradek, The Camera Store and Vinten. It acts as an endorsing brand for these market-leading broadcast, film and pro video products, encouraging multi-brand system sales and simplifying the way that customers worldwide do business.
The Vitec Group is a global provider of premium branded products and services to the Broadcast and Photographic markets. The Vitec Group is based on strong, well-known, premium brands on which its customers worldwide rely.
Vitec Videocom – advancing the quality and science of media production.