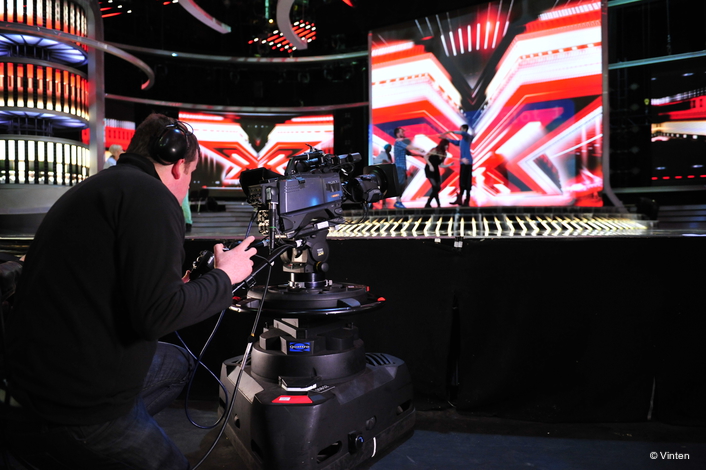 X Factor
Capturing all the performances on ITV’s The X Factor – shot in London’s Fountain Studios - called for fast and fluid movement from the cameras. One of the ways to achieve that freedom was with the use of Vinten Quattro-S pedestals with Vision 250 heads, supplied by The Camera Store. The Quattro-S pedestal retains all the advantages of the Vinten Quattro – perfect balance over the whole of its one metre height adjustment, with smooth and silent on-shot moves – but with a smaller footprint. Under the pressure of a fast-moving live show like The X Factor this means that more cameras could get close to the action in the confined area at the front of the stage. “The whole show was all about creating high excitement, which means lots of unusual camera angles and plenty of movement,” said Simon Tyres, camera supervisor on the production. “The Vinten Quattro S allowed me to move wherever the director calls, and never restricts my movements. It is the perfect pedestal for live light entertainment.” The X Factor is produced by Syco Productions and Talkback Thames.