Vinten Radamec Leads the Way in the Future of Virtual Reality 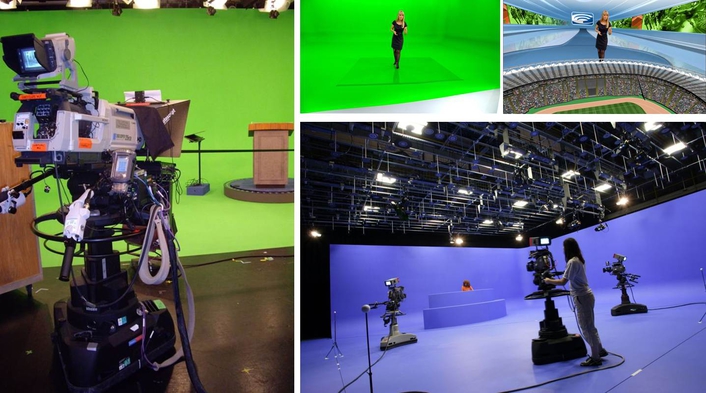 Hard sets are being either combined with virtual elements, or replaced by virtual sets
Vinten Radamec®, a Vitec Group brand, is predicting that 2011 will see a significant increase in demand for virtual reality systems. Speaking from NAB2011, Karen Walker, commercial manager at Vinten Radamec said: “We’re already seeing several strong trends in the virtual reality sector this year. Virtual advertising and product placement will be big on the broadcast agenda as marketers take advantage of the change in Ofcom rules and look for more sophisticated ways to convey their messages to TV audiences.

“The diversification of robotics is another trend that looks set to continue, as broadcasters look outside the traditional news room environment and utilise robotics in other applications such as sporting events. There has also been a surge in the use of studio automation systems, as studios move towards more efficient production processes by using tools to produce programming with a minimal amount of crew.”

Another trend in the sector is the transformation of programme sets, Walker continued: “Since HD was introduced the quality of sets has become a priority in a bid to maintain consistent high visual quality. Hard sets are being either combined with virtual elements, or replaced by virtual sets, in an increasing number of applications.”

The future of virtual reality technology was clearly demonstrated at the three Vinten Radamec sets on the NAB2011 show floor. The dedicated VR sets showed how Vinten Radamec’s solutions are designed for ease of integration with third party equipment, by displaying its products working live with software from leading graphics providers, Brainstorm, Orad and Vizrt.

Walker continued: “This year’s NAB2011 event provided us with the perfect global platform to show how Vinten Radamec’s robotic camera support systems and camera tracking range offer the best solutions for today’s virtual and augmented reality applications in studio and outside broadcast environments.”

Vinten Radamec is a leading provider of robotic camera support systems offering engineering excellence and globally supported solutions for a wide range of technologies and markets. Its extensive range of products include robotic heads, pedestals and controllers suitable for studio, OB and legislative environments. Recognised for some of the most innovative broadcast robotics in the world, Vinten Radamec has a worldwide customer support network and distribution infrastructure, and the most far-reaching development programme in the industry.
Open interconnectivity is built in to every Vinten Radamec system, allowing it to take a seamless role in the broader automated environment and thereby increasing the number of users who can take advantage of the economic and operational benefits of robotic cameras.