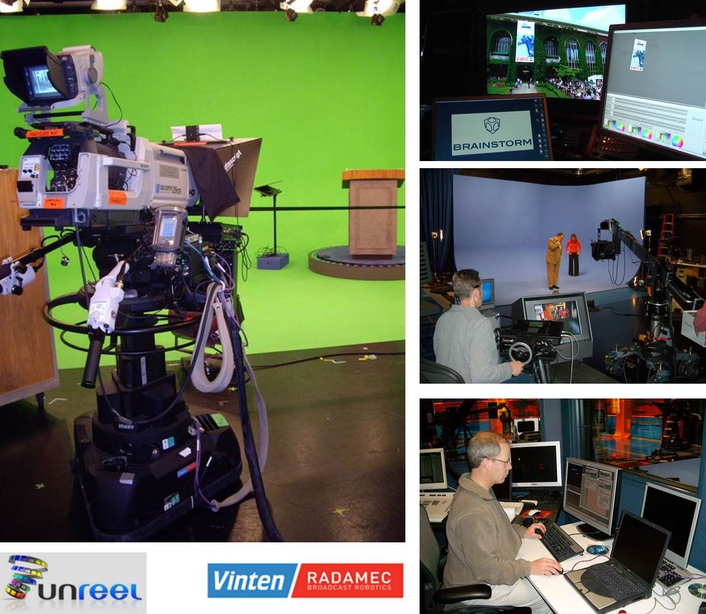 UNREEL is an innovator and supplier of real-time 3D production graphics and virtual-set integrated solutions
Vinten Radamec, a Vitec Group brand, is joining a group of leading providers of virtual reality hardware and software at the UNREEL (formerly Brainstorm America) users’ group conference this week in Orlando, Florida (USA). Training at the conference will center around the Brainstorm Multimedia eStudio 3D graphics creation and virtual reality playout engine.

“The event allows us to bring our customers and partners together to share ideas about the future of virtual reality production,” said John Boucklos, VP of Systems Engineering at UNREEL. 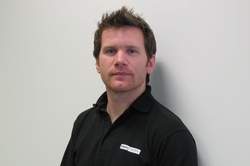 In its presentation at the event, Vinten Radamec will detail its precision encoded pan & tilt heads and studio pedestals. “We will be working together to train and inform UNREEL’s customers and potential customers about the advantages of tracking solutions such as ours versus trackerless technology, our current and next generation tracking solutions,” said Andrew Butler, Vinten Radamec Product Manager.

Extremely precise positional data from Vinten Radamec encoded pan & tilt heads and studio pedestals is critical to the virtual reality process. The heads and pedestals provide accuracy of one-million data points in 360 degrees of pan and tilt, comparable precision in pedestal elevation and tracking along the studio floor, and multiplex that information with zoom, focus and iris information from the camera lens. This data is delivered via a single data cable to the rendering computer, so that practical set pieces such as anchor desks and the on-air talent move in believable fashion in front of the computer generated virtual background.

As virtual reality customers have evolved their productions to more and more sophisticated backgrounds and camera movements, they have increasingly moved to the Vinten Radamec encoded support systems for their matchless positional reporting performance.

Among the presentations at the conference will be a 12 camera Motion Analysis system, a special surprise hardware demonstration from nVidia, and a presentation from IDS Sports.

Television productions utilizing UNREEL’s solutions along with software and hardware from its partners have filled the airwaves around the world, including business channel CNBC and sporting event coverage by sports network ESPN, which is co-sponsoring the conference. In addition to Vinten Radamec, UNREEL partners include Brainstorm Multimedia, creator and developers of eStudio; nVidia, providers of real-time 3D graphics; and Ultimatte, providers of real-time Chromakeying.

UNREEL is an innovator and supplier of real-time 3D production graphics and virtual-set integrated solutions to the global broadcast, corporate, and feature-film markets. Drawing on its deep technical and production history and expertise, UNREEL provides its customers with the UNREEL eXperience™, a complete package of hardware, software, and services that simplifies and streamlines their sophisticated workflows. The company's approach to quality, service, and customer satisfaction has resulted in a string of successes among the world's leading corporations, film-producers, and television broadcast networks. Clients include CNBC, ESPN, NASDAQ, NBC, Pentagon, Reuters and Social Security Administration. Feature-film credits include iRobot, Speed Racer, Xmen Origins, and Alice in Wonderland.

Vinten Radamec is a leading provider of robotic camera support systems offering engineering excellence and globally supported solutions for a wide range of technologies and markets. Its extensive range of products include robotic heads, pedestals and controllers suitable for studio, OB and legislative environments. Recognized for some of the most innovative broadcast robotics in the world, Vinten Radamec has a worldwide customer support network and distribution infrastructure, and the most far-reaching development program in the industry. Open interconnectivity is built in to every Vinten Radamec system, allowing it to take a seamless role in the broader automated environment and thereby increasing the number of users who can take advantage of the economic and operational benefits of robotic cameras.