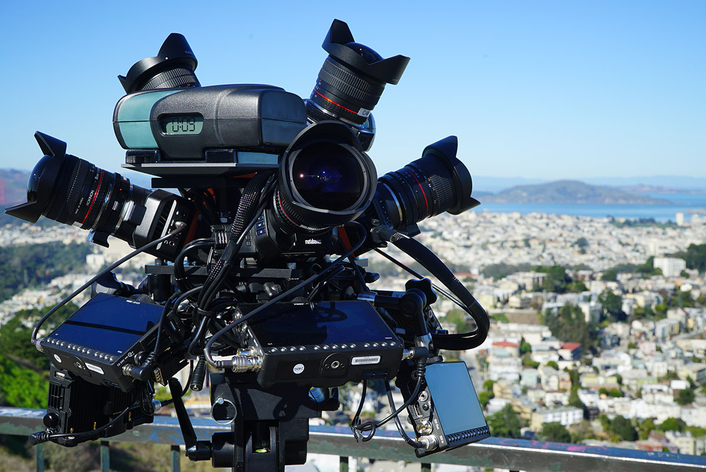 Founder and CEO of the San Francisco-based 360 Designs, Alex Klive sees a lucrative future for Virtual Reality (VR). Although it is still in its infancy, Klive believes 360-degree live streaming of sports, concerts and other live events is the next advancement for the entertainment industry. Founded in 2015, 360 Designs manufactures high-end professional 360-degree cameras, rigs, and live streaming solutions for VR. The company serves top broadcasters, and Internet and production companies, and has recently had its cameras at Coachella, a range of music and film events at SXSW, and the OSCARS® capturing professional-quality VR video.

Klive’s creative ventures also include web publishing, a “Create your own TV Channel” web application and an early crowdsourcing project to document the world in 24 hours at the turning of the Millennium. He has a background in reporting and videography, and turned to Video Devices and its PIX-E5 4K recording monitors when seeking a solution to help 360 Designs make VR production simpler and more reliable.

“We were already familiar with Sound Devices audio gear, and discovered the PIX-E Series while looking for a robust, portable 4K capture solution,” says Klive. “We were attracted to the PIX-E5, in particular, because its small form factor can be integrated well with our high-end VR camera rigs.”

360 Designs has been using large numbers of PIX-E5 recorders on its custom higher resolution VR rigs. “We’re able to build the recorders directly into the rig, typically using cheese plates, and use SDI to capture the uncompressed output from the cameras,” adds Klive. “We wanted reliable 4K Apple® ProRes 422 HQ recording. In a standard configuration, we’re capturing one 4K camera per PIX-E recorder, and we build custom wiring looms to bring SDI and power to each recorder. We’ve also created a remote control system that allows us to trigger all of the recorders at once. We really appreciate the file naming options with the PIX-E5, and the ability to save and load settings across different devices has been a big time saver. We’re typically using a lot of recorders at once, so this aspect was key for us.” 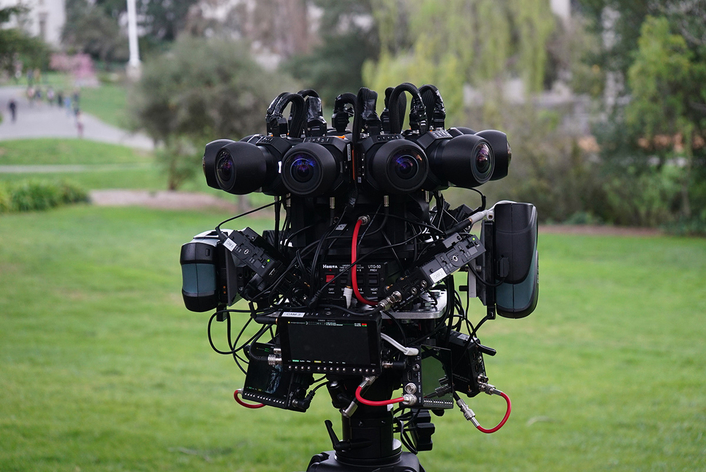 Klive says the optional SpeedDrive™ mSATA USB drives for the PIX-E devices have proved to be lightning fast and highly practical. “We’re now using them in our company as fast thumb drives, and have even used them for overnighting large files to clients and other team members.”

Reliability, build-quality, and robust locking connections were what initially attracted 360 Designs to the PIX-E Series. “We’ve since grown to appreciate the depth of the user interface and features, such as having real buttons as opposed to touch sensitive ones,” says Klive. “They are built really well. When you are running ten or more recorders at once, and every one is critical to your production, you really need that confidence. For field use, the PIX-Es are a tough product to beat.”

360 Designs recently had a client that wanted to achieve very high VR video resolutions through a custom VR camera rig, and deliver test footage in a short timeframe. “We employed a large number of Blackmagic Design Micro Studio 4K cameras, and by running the same number of PIX-E5 recorders, we achieved a perfect result without any trouble. We had used PIX-E5s before on smaller rigs, but configuring and running the number we did for this client was a challenge. I don’t feel we could have done it reliably without the ability to save and load settings across the different recorders. The rig we used had to travel with all the recording monitors pre-mounted. We were very happy with how they performed on the project.”

Beyond on-rig use, 360 Designs has also used its PIX-E5s in other applications, notably deploying them to record ISO feeds from each camera on a live 360 event production. The company also has used them for various monitoring applications.