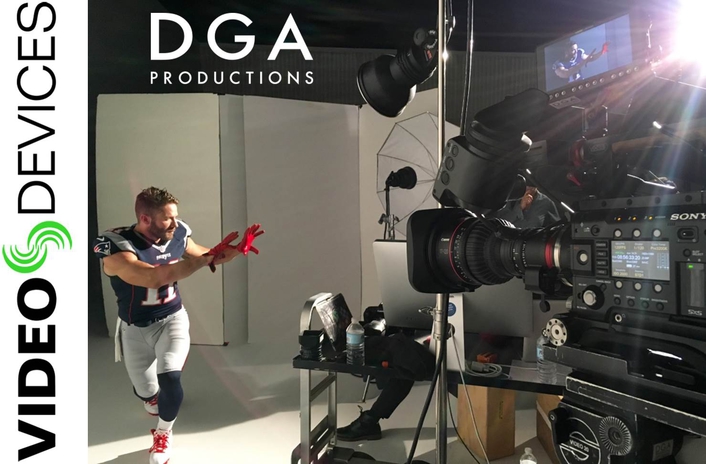 When Aaron Frutman, Director of Photography and Partner at DGA Productions, was looking for a reliable on-camera recording monitor, he turned to the Video Devices PIX-E5.

DGA Productions is an award-winning, full-service video production company in Boston specializing in high-definition video. The company works on a wide range of subjects including commercials, corporate, and sports. DGA is also currently working on a feature-length documentary with blues legend Buddy Guy.

“We are very familiar with Sound Devices and Video Devices products,” says Frutman. “We own the 302, 442, and 552 mixers, and have rented the PIX 240i portable video recorder from time to time. We currently own three PIX-E5s and have been very happy. The monitor screen itself is very clear and crisp. The TapZoom™ feature is a game changer, and the physical buttons along with the touch screen make the PIX-E5 very intuitive. I also like the ruggedness of the unit and the quad-split feature of the scopes.”

The crew at DGA Productions use the PIX-E5s almost exclusively with their Sony F55 CineAlta 4K PMW Series HD Camcorders. “We often have the PIX-E5 rolling as a backup, recording in ProRes,” adds Frutman. “Our F55s shoot XAVC, so handing the client a ProRes copy works very well. Also, shooting high-speed frame rates in the camera, while rolling simultaneously on the PIX-E5, is a very nice bonus.” 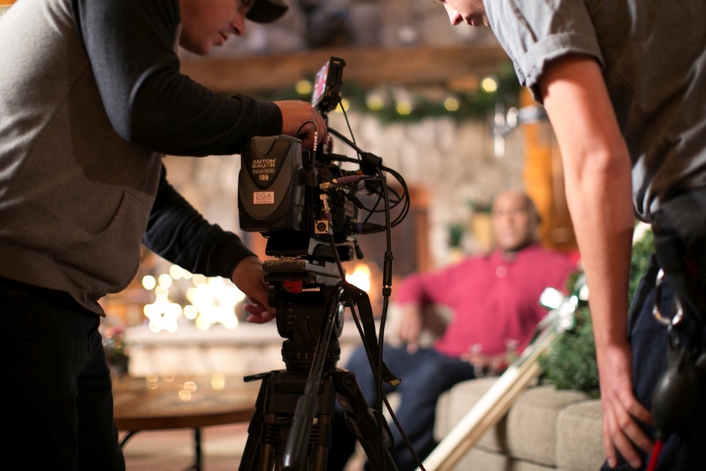 DGA Productions has taken the PIX-E5 on a variety of shoots with various high-profile sports icons. “We used the PIX-E5 during an interview with Big Papi,” adds Frutman, referring to Boston Red Sox designated hitter David Ortiz. “We were shooting content for his channel ‘Big Papi Network’ on Verizon go90. We then brought the PIX-E5 on our shoot with Julian Edelman (wide receiver for the New England Patriots) to capture an interview and a behind-the-scenes look at his photo shoot for ESPN Magazine. The PIX-E5 also went along for a ride with rollerblader Raphael Medeiros, who captured footage while on skates in Brazil for an episode of Outside the Lines. The portability of the PIX-E5 makes it our top choice on any type of production.” 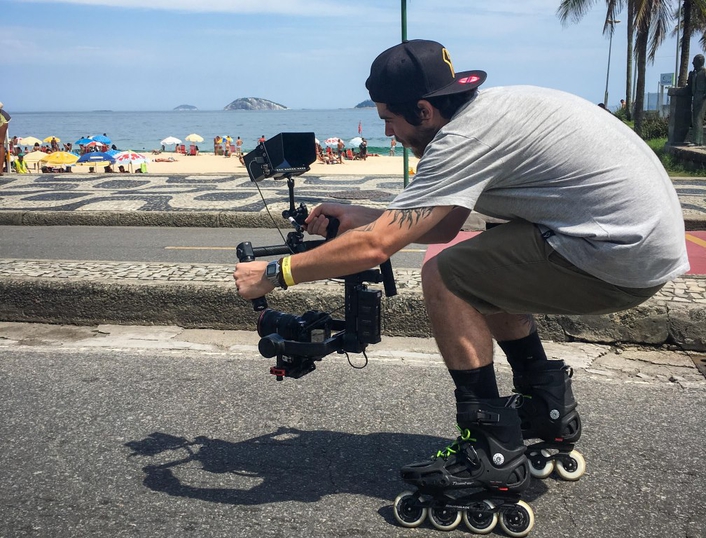 The PIX-E Series was designed to cater to the varying needs of a diverse range of production professionals – from camera operators to video-assist technicians. The monitors are equipped with a full suite of precision monitoring tools and can record 4K. They can also capture edit-ready MOV files in Apple® ProRes to the affordable mSATA-based SpeedDrive™, while simultaneously recording H.264 files (MP4 format) to an SD card. Both the PIX-E5 and PIX-E7 monitors support SDI and HDMI I/O, while the PIX-E5H is HDMI I/O only. The five-inch models are best utilized for smaller format DSLRs, while the seven-inch model is ideally suited for larger cameras.

“Reputation, cost, reliability, and ruggedness are all features that contributed to DGA buying Sound Devices audio and Video Devices video products,” says Frutman. “We always use our PIX-E5s with the F55, so any future project that includes that camera, the PIX-E5 will be there.” 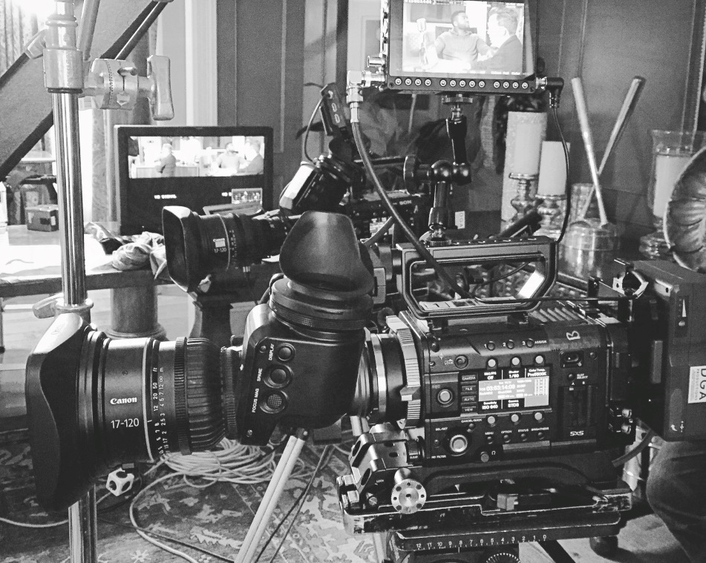