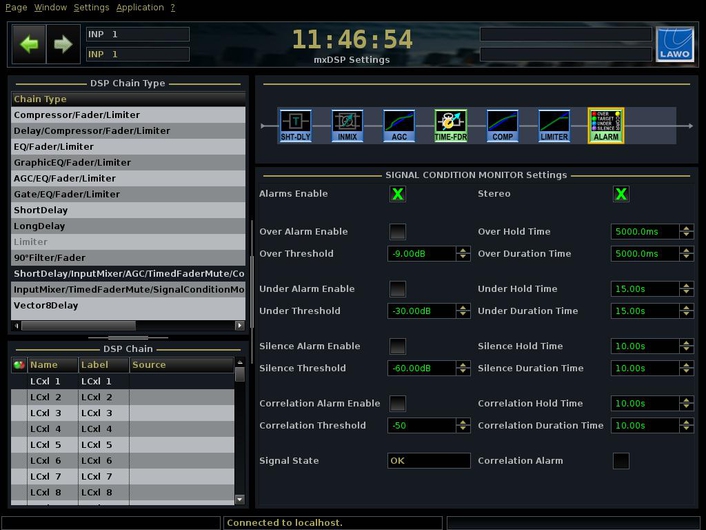 mxDSP Settings
As summer takes its hold, Lawo is pleased to present a new software release – v4.10. Available for download from Lawo’s Download Center since the end of June, it is more stable, faster, and carries multiple new features.

With v4.10, Lawo’s routing matrix DSP card – the mxDSP card – can be controlled and set-up directly from the console. Externally it appears to be physically the same as the standard console DSP card, which can, if necessary, be used as an mxDSP card after simple re-configuration. The latter offers a number of areas of application, and enables access to several DSP modules, such as the AutoGainControl, Graphic Equaliser, or different Delays. Saved automatically in a snapshot and during production, all editing capabilities can be applied directly in the router. 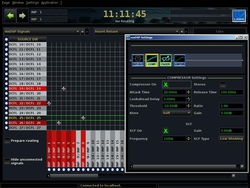 Full compatibility of the AdminHD configuration tool and the mxGUI with two of the most worldwide-spread operating systems – Mac OS X Snow Leopard and Microsoft Windows 7 (32 bit and 64 bit), is another highlight of the 4.10 release. Ensuring full functionality, these Lawo products are now available for the latest consumer platforms and, for the first time, Apple Macs.While other features include the ability to adjust the movement of AfV slaves, depending on a specific production’s requirements, emphasis has been put on the consistent expansion of custom functions – the configurations section of Lawo’s mc² console software. Through the implementation of multiple new, innovative functions, customers can now set up the console perfectly to the requirements of a respective production. Among the custom functions affected by this expansion are, for example, ‘Global change of: A/B input, Monitor Send/Return, AfV On/Off’ and ‘DSP parameter to GPC mapping’.

Since the latter feature’s applications include the ability to automatically balance the various delay times of different camera types (wireless and wired), via the AfV feature controlled from a fader, its implementation shows once again Lawo’s pioneering role in the broadcast sector.