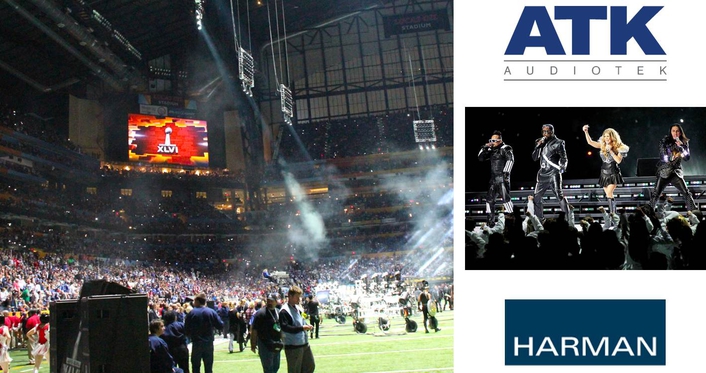 “The high-profile, televised events that we serve place an increasing amount of pressure on the facilities that host them,” observed Mike Stahl, President of ATK Audiotek. “Our engineers must often do extensive quality testing and even reconfiguration of installed house systems when we elect to interface with them. However, when we come across venues with HARMAN equipment installed, we are assured of a certain level of quality and performance that we can work with and rely upon.”

For Super Bowl XLVI, ATK Audiotek deployed its custom-designed cart system, which allows for easy setup between events, and quick transport of the VERTEC loudspeakers on and off the field. The half-time entertainment featured performances by Madonna, LMFAO, Nicky Minaj and M.I.A. Each of the 18 carts included four JBL VERTEC VT4889 fullsize line array elements and two VT4880A fullsize arrayable subwoofers. The cart system was seamlessly integrated by ATK with the JBL VERTEC and VLA line arrays that comprise the house PA system at Lucas Oil Stadium. ESCO Communications installed the venue’s powerful, full-bandwidth system, which was designed by WJHW, for Lucas Oil Stadium’s opening in 2008.

“Both of these projects posed unique challenges,” Brad Ricks, Application Engineer at JBL noted on the deployment of both HARMAN tour-class sound systems used in concert with HARMAN house systems. Both systems feature many of the same BSS, Crown and JBL product families. “The obstacles were dealt with by some of the most exceptional system design and production professionals, working with the most advanced audio components available. Both projects met their key goal, to comprehensively deliver great sound with rock-solid reliability.”

According to Michael MacDonald, HARMAN Professional Executive Vice President of Marketing and Sales, the deployment and integration of HARMAN fixed and tour systems for these major entertainment events underscores the firm’s unmatched capacity to provide quality sound all around. This is shown through uniform voicing in its JBL loudspeaker products, clean and flexible digital signal processing from BSS, consistent power amplification with its Crown products, optimal system configuration and control via its HiQnet™ networking protocol and software, and a single point of accountability and support for advanced, professional-grade audio systems. 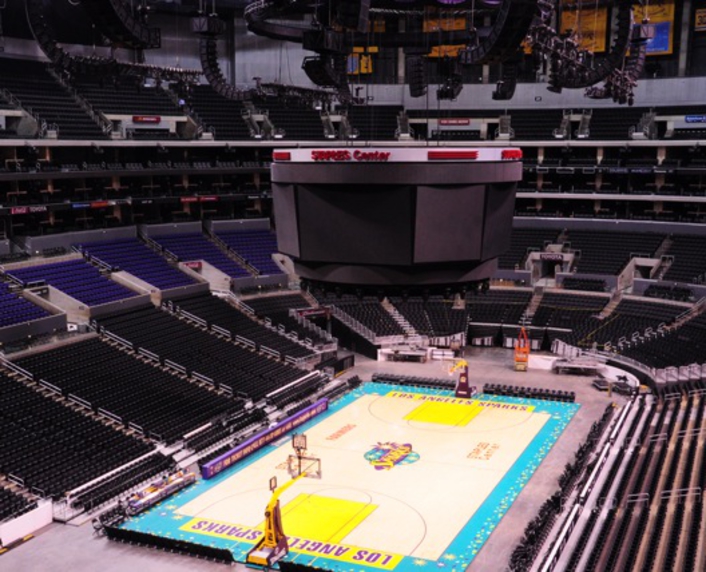 “The Super Bowl halftime show and the GRAMMY Awards have consistently represented the pinnacle of live-event production sophistication and artistic achievement,” MacDonald noted. “This year was no exception. With so many viewers watching and listening onsite and at home, such talented artists performing at both shows and so much production time and resources at stake to ensure flawless execution, it’s fitting that HARMAN systems should provide the best possible sound reinforcement support.”