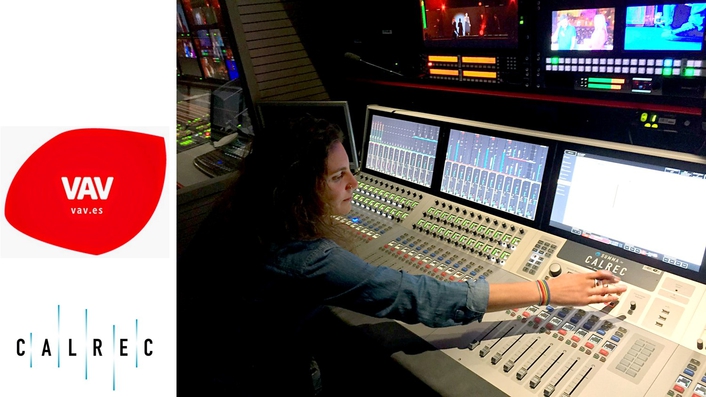 "We faced some significant challenges designing UM 21 — not only in meeting Dorna Sports' specific requirements but also the technical complexities of covering a racing circuit like the FIM CEV," said Israel Perez, chief technology officer of VAV. "From the beginning, we knew the Summa desk would be up to the task, and it has not disappointed.

"In addition to built-in 4K capabilities, the Summa delivers the high quality and power our broadcast clients need to cover the world's highest-profile sports events. Summa features that are especially valuable for motorcycle race coverage include its auto-fader functionality and its large number of faders and layers, with dual inputs for every channel.

Further to Dorna Sports' current FIM CEV coverage, the UM 21 truck was also used by Atresmedia for its 4K broadcast of the 2017 Champions League football between Real Madrid and Juventus in June, as well as other marquee football and handball matches.

"VAV's Summa is the second one we've sold into the Spanish market, and it's rapidly becoming the audio desk of choice for mid- to high-spec OB trucks. The Summa was a perfect match to VAV's and Dorna Sports' exacting requirements," said Guillermo Alberdi, product manager, COEL Audio Solutions. "Companies like Calrec, with its second-to-none reputation for audio-mixing excellence, are opening up a new market across Europe for advanced 4K sports productions."