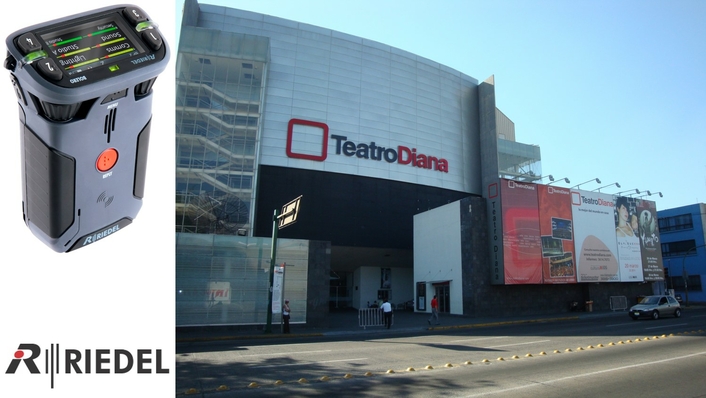 Teatro Diana has upgraded its comms infrastructure with Riedel´s Bolero

Riedel Communications today announced that Teatro Diana, a 2,400-seat theater in Guadalajara, Mexico, has chosen the occasion of its 15th anniversary to upgrade its entire communications infrastructure to Riedel’s Bolero stand-alone wireless intercom.  “Reliable intercom systems are critical for all of our live shows, including plays, concerts, conferences, and cinema screenings,” said Wolfgang Schmitz, Production Chief, Teatro Diana. “Bolero’s renowned audio quality, reliability, and flexibility attracted us from the beginning, and we could see Bolero would offer the easiest integration and most flexible programming capabilities. We know we can count on Bolero for events of all types and sizes.”

Working with local Riedel reseller Video Integra, Teatro Diana chose Bolero to replace a legacy wireless intercom that had been in place since the theater’s opening. Theater crews can use Bolero’s easy-to-use, web-based configuration portal to program beltpacks quickly and easily. In addition, Bolero’s modern codec and efficient use of bandwidth means Teatro Diana’s team can support up to 10 beltpacks per AES67 antenna and provide much wider coverage with outstanding sound quality. 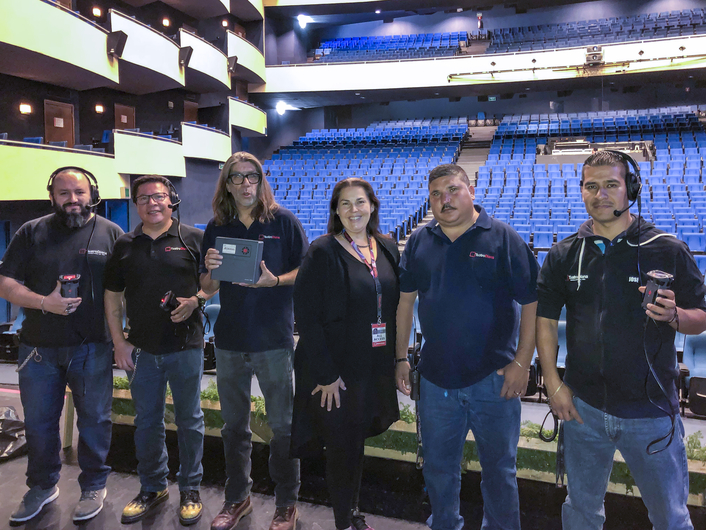 “Even starting with a smaller Bolero system, we’ve been able to provide outstanding coverage for the entire stage and technical areas, including the main auditorium,” said Ivan Guerra, Sound Manager, Teatro Diana. “At the same time, we’ll be able to expand the installation very easily as we grow and our needs change, and it will be even easier thanks to the local resource we have in Video Integra. Thanks to the Video Integra team and their large inventory of Bolero gear, we were able to get up and running with Bolero in record time.” 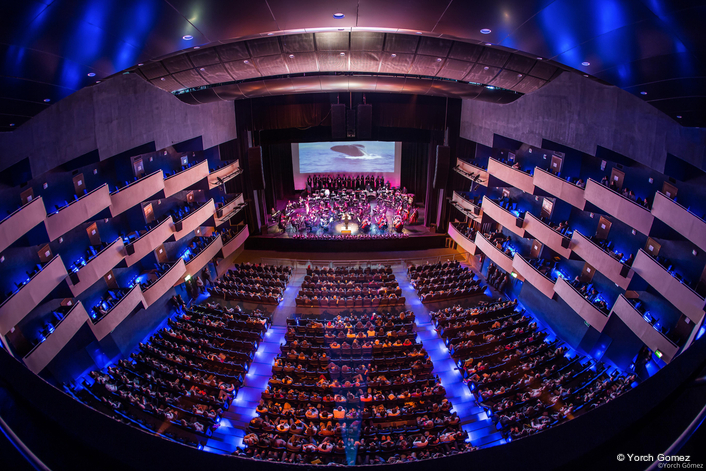 “A reliable and crystal-clear comms system is a must for a multipurpose facility like Teatro Diana, not only to ensure smooth-running shows but also to provide better and clearer communications,” said Angel González España, Riedel Communications’ International Sales Manager, Latin America and Caribbean. “As our first Bolero venue in Mexico, Teatro Diana has taken a big step forward by adopting the leading edge of wireless intercom technology. We’re confident that Bolero will provide the best possible coverage as well as outstanding support for the Teatro Diana crew through its intuitive and advanced features.”