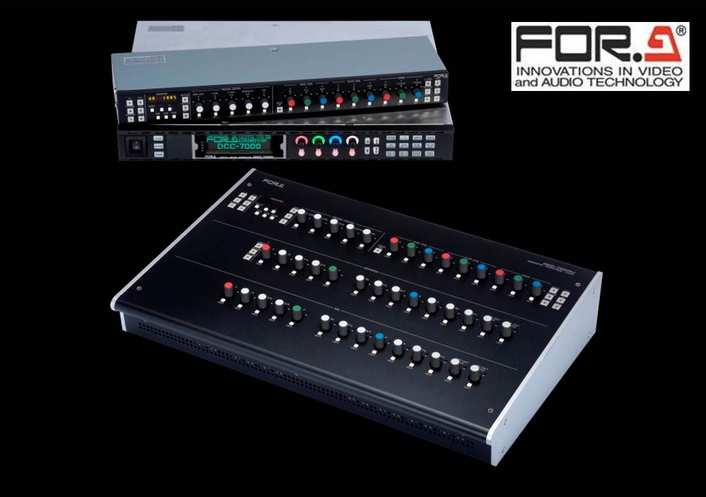 DDCC-7000: Ideal for Live Sports and Post Production
FOR-A Corporation of America, a leading manufacturer of video and audio systems for the broadcast and professional video industries, is unveiling the DCC-7000—a new real-time, multi-matrix color corrector—ideal for live sports and post production applications.   As the live HD/SD-SDI signal passes through the DCC-7000, this product performs real-time adjustment, enhancement, and color correction of up to 12 separate colors and hues in the video.

“This is a whole new class of color corrector from FOR-A,” said Pedro Silvestre, Sales Director, FOR-A America. “With the DCC-7000, live event producers now have an accurate way to adjust the colors and hues of live video from low-cost HD cameras that don’t have internal camera control units. These less expensive HD cameras are often placed on racetracks, goal posts, basketball nets, and other precarious locations to capture the action from exciting vantage points.

“The DCC-7000 can process these HD camera signals so that they match those of higher-end cameras.  This ensures that all cameras present the same true colors of logos, uniforms, signage, and other image branding—which is critical to sponsors,” Silvestre said.  “And this color correction gives the whole show a unified look.”

The DCC-7000 is a standalone unit, and it is available with the front panel control or with an external control panel for more accurate control.

“Considering its affordable price and real-time performance, it will also appeal to post production professionals as well as to those producing live television,” added Silvestre.

The DCC-7000 will be available for delivery next month.