University Radio York studio with Sonifex S2 mixers
University Radio York (URY), is the student radio station for the University of York, broadcasting 24 hours a day during term time on 1350AM  across the University's  Heslington Campus and worldwide via this website. It is run by students for students and has a rich history of pioneering broadcasting, beginning in 1968 when URY became the UK's first legal independent radio station.

Its achievements over the years include numerous awards, a launch show hosted by John Peel, special FM broadcasts and numerous charity events.

In 2005, it obtained national recognition of its achievements by being named BBC Radio One Student Station of the Year.

The studio use two Sonifex S2-10 split Digital I/O Analogue Radio Broadcast Mixers, one with a meterbridge and one without. 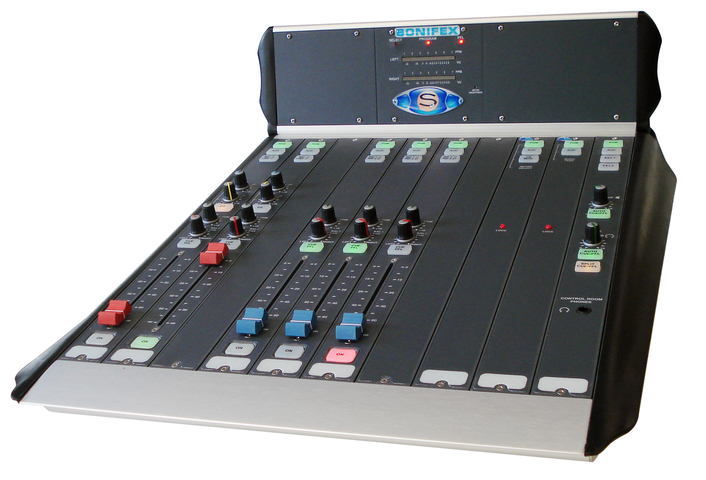 The Sonifex S2 Digital I/O Analogue Radio Broadcast Mixer uses the latest technology components and offers digital audio quality with analogue reliability in a modular format. It has a wide range of input and output channels, PFL/cue, fader-start operation of equipment, automatic monitor muting on mic-live, light switching remote outputs, optional EQ on input modules, gram amp input options and two main audio buses, allowing you to broadcast on the PGM bus while recording on the AUD bus, with bus output selection on each module. It also has both digital and analogue input channels, together with simultaneous analogue and digital outputs.