UCan Play Get Sandbach Streaming with the Roland VR-5 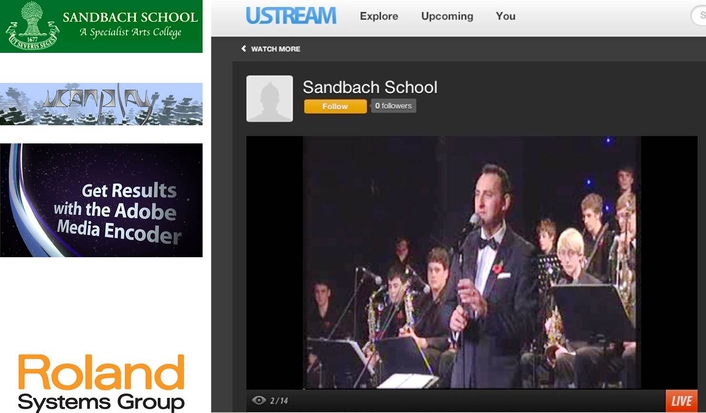 .
Sandbach School in Cheshire have found that the Roland VR-5 ‘all in one’ AV mixer provides a perfect solution for their streaming and recording requirements in different areas of the school.   Supported in their initial training by UCan Play, who supplied the VR-5, the staff have been able to produce, stream and record several recent live events from the school via USTREAM. UCan Play is part of UCan.tv, a not-for-profit educational consultancy company that works closely with Roland UK and the Roland Systems Group managing the Roland Champion Schools initiative on behalf of Roland UK.

The VR-5’s “all-in-one” solution greatly simplifies production, recording and streaming of any live event as the design incorporates a video switcher, audio mixer, video playback, recorder, RGB input from PC or Mac, preview monitors and output for web streaming all in a single unit.  The reduction in hardware equipment, setup time and connection complexity makes the VR-5 a popular solution for the education market. 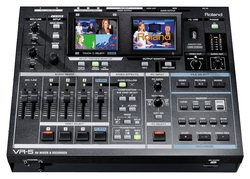 The VR-5 has already proved to be a highly reliable and effective tool for use within the school and has been used to produce a DVD of a school concert; to stream a school awards ceremony and to stream a concert by the school’s acclaimed Big Band featuring professional vocalist Matt Ford.

The school’s first experience of using the VR-5 was to produce a video mix of a school concert. Each half of the concert was recorded to the VR-5’s SD card from cameras at the back of the hall, to the left and right of the stage. An audio feed was taken from the mixing desk and mixed along with live audience reaction captured from the video cameras.  The ability to record the concert straight to the SD card meant that the final editing post-production time to produce a DVD of the concert was significantly reduced – a major benefit to the member of staff involved.

Following this success, plans were put in place to web-stream the upper school awards evening using the VR-5 and Adobe Media Encoder Live Streaming software. As this was the first attempt at a live stream, staff decided to do this within a secure space on the USTREAM site. Captions for the event were provided via a bespoke Flash application produced by the school’s web designer allowing another member of staff to type captions live during the event and superimpose them onto the streamed video.

The VR-5 was also recently used to stream a concert featuring the school’s acclaimed annual Big Band production along with Matt Ford, a professional vocalist, proving itself again during this event by dealing with video from three cameras and a live audio stream from the in–house mixing desk with no problems at all. 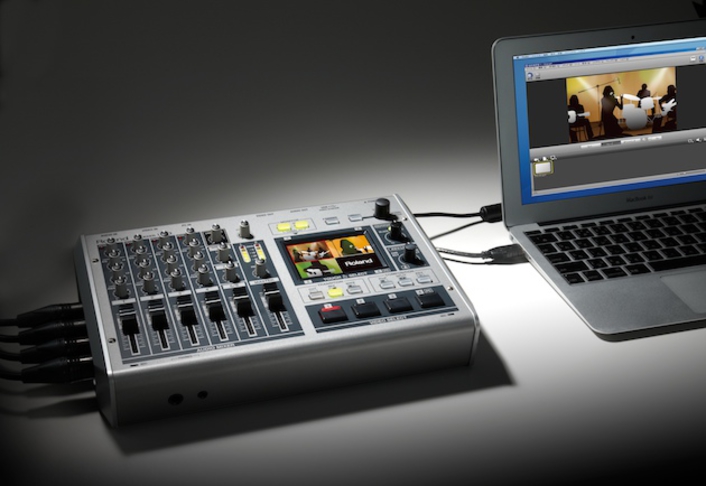 Jonathan Savage from UCan Play commented on the project, ‘We are delighted to have had the opportunity to work closely with the skilful and imaginative teachers at Sandbach School. As video streaming technologies such as the Roland VR-3 and VR-5 are relatively new for most schools, we provide onsite and online training support not only to introduce the individual products and their basic use as video mixers and streamers but also how they might be used creatively within the school curriculum itself to help teachers produce their own video curriculum content.’