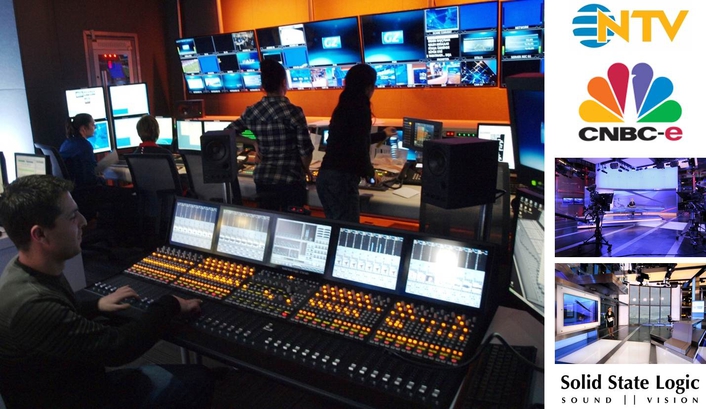 “For the past year, Dogus Media Group has been moving its production facilities which serve seven TV channels and eight radio stations, into one location,” says Ms. Aysin Yilmaz, deputy technical manager for Dogus Media Group. “The NTV News Cube and CNBC-e 360 studios were the final projects and this is where the C10 consoles were installed. When we looked at the market for a broadcast console, SSL’s C10 stood out from the rest because of its sound quality, self-contained compact design, low power draw and high-level operating flexibility. SSL has been my dream console since I began in this business and now I am very happy to have two. This is definitely a dream come true.”

CNBC-e is a hybrid business/financial and entertainment channel operated jointly by CNBC Europe and the NTV Group. It provides business and economic news during the day with popular international programming in the evening (ranging from SpongeBob SquarePants to Conan and the latest blockbuster movies). Because of this extreme diversity of programming, Yilmaz chose the C10 to keep all aspects of audio production stable. Both consoles offer 32+8 faders with 96 DSP channels, each supported by four Alpha-Link Live and three Alpha-Link 8-RMP microphone input units.

“We wanted a console that would allow our engineers to really take charge and handle everything we threw at it,” continues Yilmaz. “Having two identical consoles helps with our staffing schedule and the multi-level console lockout feature allows our chief engineer to set up programme parameters allowing a less skilled engineer to actually run a show, again giving us more engineering choices. The Dialogue Automix option really streamlines our panel-type productions, as the console maintains an even level for all microphones while maintaining constant ambient sound.”