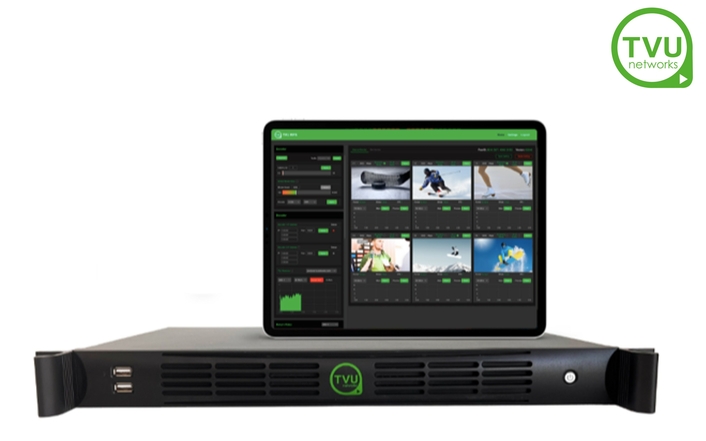 TVU Networks, the market and technology leader in cloud and IP-based live video production technology, announced that New Zealand Pay TV operator, Sky, utilized the TVU RPS multi-channel live remote production solution to deliver supplemental content during the Birmingham 2022 Commonwealth Games and the Beijing Winter Games. Results at both high-profile events were very successful and the broadcaster plans to use the same transmission model for the 2024 Summer Games in Paris.

At both events, Sky's coverage consisted of feeds coming from the host broadcaster via the multi-channel services (MCS), which were sent to New Zealand using traditional paths, including satellite, fiber and IP/EPL links. However, Sky needed additional supplemental feeds for their coverage and for this, they utilized the TVU RPS frame-synchronized remote production system using a single six-channel RPS encoder on location and a six-channel RPS decoder in New Zealand. With its use of standard commodity internet and high-quality HEVC encoding, the solution proved very economical and efficient.

“Our TVU setup was rock solid for both events,” said Kerry Phelvin, Sky, Technical Production Manager. “During the Beijing Games, our TVU system was up and running for 16 days, running 24/7. The TVU RPS system performed flawlessly, moving over 30 terabytes in that period. Not only will we use this again for the Summer Games in Paris, but we may get a second RPS.”

For the Beijing Games, Sky used RPS to deliver six unilateral feeds and two studio return feeds between the event’s international broadcast center and Sky’s main studio and transmission center in Auckland. The unilateral feeds carried a mix of programming not featured on the main host broadcaster feed, such as longer format time-shifted replays, local beauty shots, and regional in-studio stand ups. The return feeds were used primarily for monitoring the studio productions in Auckland. A very similar setup was used by Sky for coverage of the Birmingham Commonwealth Games.

Phelvin points to TVU support as being a life saver during such high-profile live sporting events: “As always, TVU support was excellent. During the Beijing Winter Games, we discovered that we were missing an SDI-to-SDI cable for RPS. The TVU support team in Shanghai promptly found one and couriered it to our mountain hotel. No questions asked, no invoice in the mail - brilliant!”

“It’s a testament to our technology and the people behind it that Sky, a broadcaster with such a storied reputation and known for its dynamic sports coverage, chose TVU RPS for their multi-channel, synchronized remote production needs,” said Dave Demmocks, Sales Director, Australia and New Zealand, TVU Networks. “We’re thrilled that our staff and our gear continue to meet the needs of a company like Sky. We are also appreciative of the team at Digital Video Technologies in Auckland who were instrumental in supporting Sky with this new technology.”

About TVU Networks®
TVU Networks is a global organization with more than 3,000 customers using its IP and cloud-based workflow solutions across multiple industries including news, entertainment media, sports, corporate, streaming, houses of worship and government. Through the use of AI and automation driven technology, TVU helps broadcasters realize an efficient metadata and story-centric workflow through its TVU MediaMind platform for live video content acquisition, indexing, production, distribution and management. The company has been on the forefront of developing the tools needed to revolutionize and streamline the Media Supply Chain. TVU is a critical part of the operations of many major media companies worldwide and is a Technology and Engineering Emmy® Award winner.