TVSDC to Maximise Flexibility of New Facility with VSM Installation 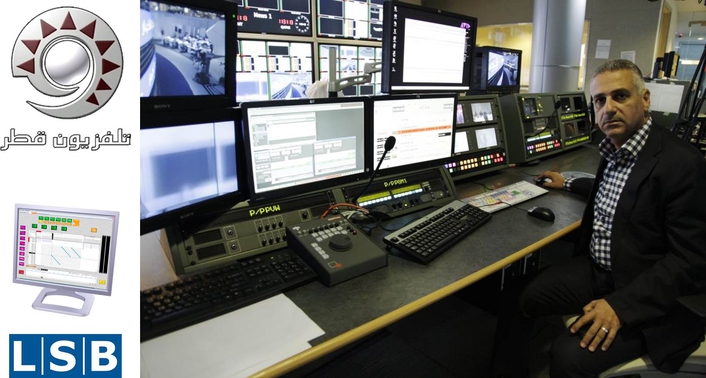 Abdulkarim Sabbagh at the Qatar TV Control Room
Part of a major modernisation project being started 2012 and undertaken by Qatar TV is the construction of a new Broadcast Centre in Doha. Among the extensive facilities now complete are a Master Control Room (MCR), Central Apparatus Room (CAR), a 450m2 News Studio, 1,013m2 Production Studio and Edit Studios. In addition, two OB trucks are included. In the complete studio facility L-S-B’s Virtual Studio Manager (VSM) is implemented to function as the one solution control system. Working independently from hardware manufacturers the VSM integrates easily in the studio facility and controls seamlessly the existing hardware.

The project also marks the launch of the Qatar Television Support & Development Committee, making TVSDC Project Manager and Consultant Engineer, Samer Younes, an important part of the proceedings: “We wanted to build a world-class playout centre that is flexible and supports evolving requirements,” he says, “one that uses the latest service orientated architectures and is enabled for future technical growth in order to provide our audience with continuous, high-quality service.”

The project began in January 2012, with Sony Professional Solutions MEA handling systems integration. Key among the equipment suppliers were Grass Valley, Sony, Miranda, Riedel, L-S-B and Lawo. “All of the companies worked in one place and worked in a professional way, even though they are competitors,” Younes says. “It was a pleasure to deal with such professional teams from all of them.” Abdulkarim Sabbagh, Operation Manager at TVSDC ads: “L-S-B was instrumental in getting the system up and running, providing an impeccable installation, professional training and world-class after sales support.”

And it is not only the cooperation of the installation and integration teams that have made the TVSDC project a smooth operation, as the systems themselves deliver a very high degree of interoperability. “It has to be easy to control all systems, easy to configure at the preparation stages and secure to use for live programmes,” says Younes. In Sabbagh’s opinion “the main reasons to implement VSM as the overall control tool was its flexibility and interoperability with all our different equipment due to its hardware manufacturer independence as much as the reliability and ease of use in daily usage.” 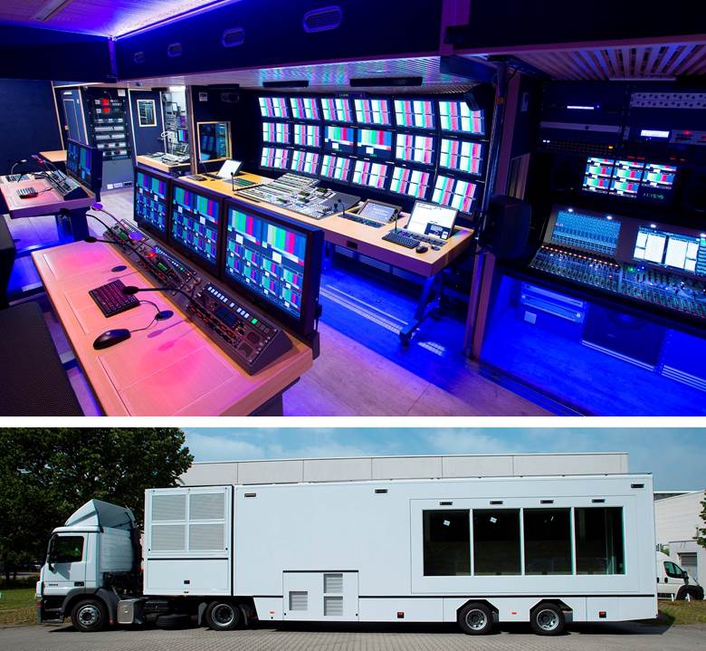 System Management
Key to this aspect of the specification is the use of the L-S-B Broadcast Technologies VSM (Virtual Studio Manager) to centralise and simplify operation of the MCR’s Miranda NVision Routers (with integrated Multi-viewers), three Sony MVS8000 switchers, three Lawo mc266 digital audio mixing consoles and a Riedel intercom system. VSM handles all Tally and UMD requirements, tieline and router control management, Monitor Wall Setup, audio routing control and modular gear parameter control. “I had good experience of VSM when I used it in the Al-Kass Arabic language sports TV project,” Younes explains. “I know the benefit of the power of this system, and for this reason we specified it for TVSDC.”

Over the past 10 years, L-S-B has become a leading supplier of control system solutions to the worldwide broadcast market with its customer base spread from Europe to installations all around the world – including USA, China, South Korea, New Zealand, South Africa and Canada. The product is found in mission critical Studio, MCR and OB Van environments.

Escaping the restrictions of proprietary router control, VSM offers a single hardware independent control system that allows open operation, configuration and integration of all major components of a broadcast system. By continual implementation of 3rd party protocols over many years, L-S-B provides the flexibility and freedom to select any hardware technologies on the market at any time, and integrate their control and logic into a single control system. This allows operational workflows and user interfaces to be customised and simplified to meet changing needs through an extensive design toolbox that enables end-users to change these interfaces without manufacturer support.

“The major goal in our efforts was relaunching the prestigious historic Qatar TV with a new image and state of the art workflows, which we accomplished. We are very happy with VSM as the main control tool and for all planned expansions (studios and control rooms) we will be partnering with L-S-B to install VSM,” Abdulkarim Sabbagh points out.

Providing a mix of general entertainment and Qatar news, the Broadcast Centre is now complete and OB units are operational: “All systems are ready, training programmes are finished and we are on air as planned,” Younes reports.