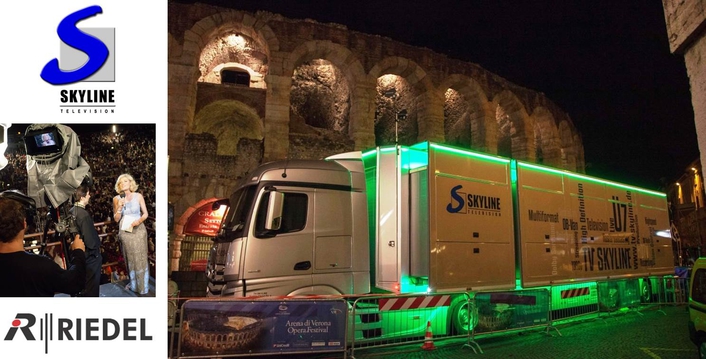 Riedel Intercom Solution Provides Flexibility, Scalability, Ease of Use Critical to Communications in a Variety of Productions
Riedel Communications, provider of pioneering real-time video, audio, data, and communications networks, today announced that Germany's TV Skyline has integrated the Riedel Artist digital matrix intercom system into OB 7, the company's flagship HD mobile production unit. The Artist system makes it easy for TV Skyline to configure and manage all the communications necessary for production of international events of any size.

"Riedel's Artist system is reliable, easy-to-use, and very flexible, which means that we have no trouble making it bigger for larger productions and scaling it down for smaller projects," said Robert Kis, managing director of TV Skyline. "We can consider unusual ways of using the system because with Riedel's versatility, there is no idea that is not worth exploring or pursuing. We use the Artist in all four of our HD trucks, and we know how it works; it's just part of the family."

Broadcast service supplier TV Skyline's new OB 7 HD van is outfitted to support twice as many operator positions as the company's other HD units, and it is equipped to support Ultra HD. Boasting three separate control rooms, it is designed for use in a variety of productions ranging from high-end entertainment shows and concerts to sports. Intended to feel like a fixed studio environment, the truck features large multipurpose rooms with movable glass walls.

OB 7 is equipped with two fiber-connected Artist frames, one 128 x 128 and one 64 x 64 frame, 25 intercom panels, two commentary control panels, and three RiFace universal radio interfaces, which enable TV Skyline to link its wired communication systems with radio systems including two-way Motorola DP-4600 radios. The proximity of Riedel's Wuppertal headquarters makes it easy for TV Skyline to take advantage not only of local technical support, but also an extensive store of rental gear. For larger or distributed productions, multiple Artist systems can not only be linked in a fiber ring, but also trunked via conventional telephone, ISDN, or VoIP trunk lines. As a result, OB 7 can connect to virtually any operator at any television compound, anywhere. 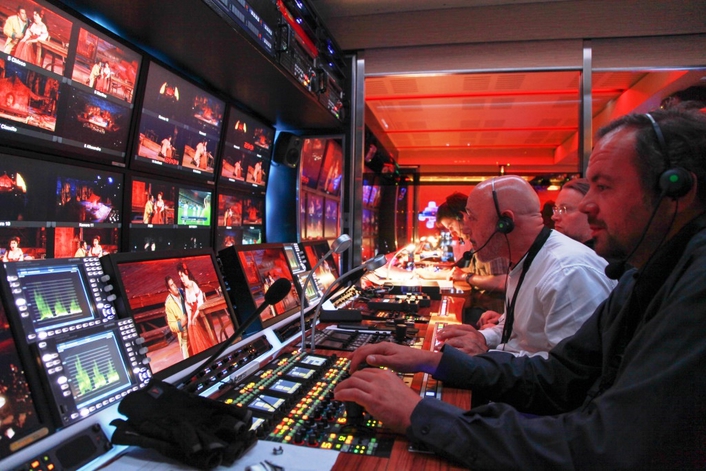 The live performance of "Carmen" at the Verona Opera Festival

Since OB 7 launched in May, it has supported a variety of events, including the production covering an international ice hockey match between Germany and Switzerland; the GamesCom 2014 League of Legends event in Cologne and the European qualifying championship series in Paris; the FIA World Rally Championship's Rally Germany; the live performance of "Carmen" at the Verona Opera Festival; the FC Bayern München vs. Manchester United Legends Match; several beach volleyball tournaments for Sky; Bundesliga soccer matches; and a variety of rock and pop concerts, both live and for DVD production.