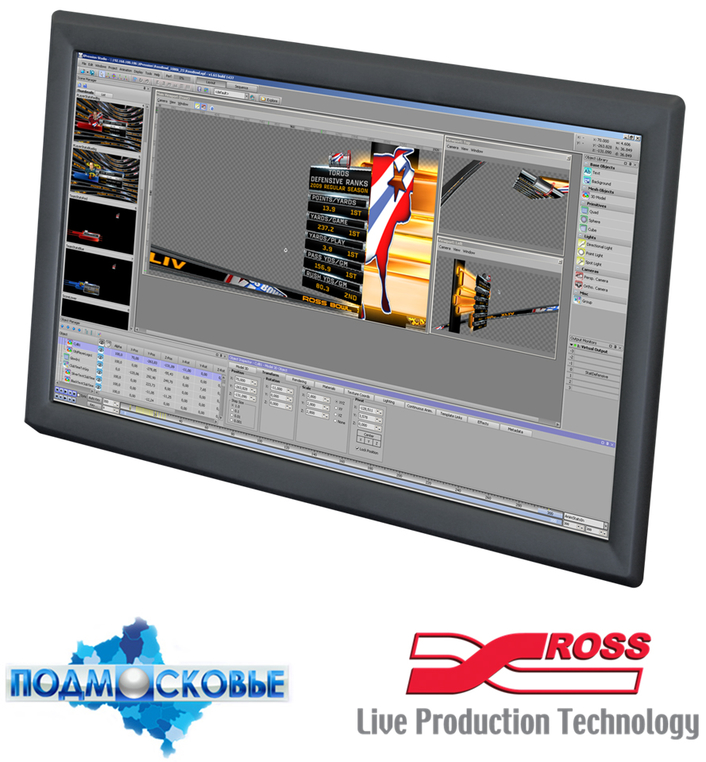 Late 2009, TV Podmoskovie attended an XPression demonstration at NAT Expo in Moscow. After seeing the key features demonstrated, they were immediately convinced XPression was the right character generator to fulfill their broadcast needs.

“I was very impressed watching XPression in action,” said Vlad Pavlov, Technical Director, TV Podmoskovie. “XPression is one of the few character generators with the ability to demonstrate how all their available features work, and how easily it can be done.”

“We are excited TV Podmoskovie is the first broadcaster in Russia to invest in XPression,” said Alan Webb, Regional Sales Manager – Eastern Europe, Ross Video. “XPression was purchased April 2010, and after installation, their staff was trained by Ross Technical Support. This allowed an easy and seamless transition on air where their viewers could visually reap the benefits. We look forward to continuing our relationship with TV Podmoskovie.”

XPression is a high end 3D Character Generator that can handle the most demanding applications. XPression offers real time layering and animation of 3D models, 2D and 3D text, rendered animations, live video and web content. Designed for the graphic designer, programmer, and on air operator, XPression advances the look of productions, making it easy to create, manage, and get to air. As a data-driven system, XPression is able to integrate real time data into 3D graphics and animations with live connections to spreadsheets, databases, RSS feeds, newsroom editorial systems and other live data sources