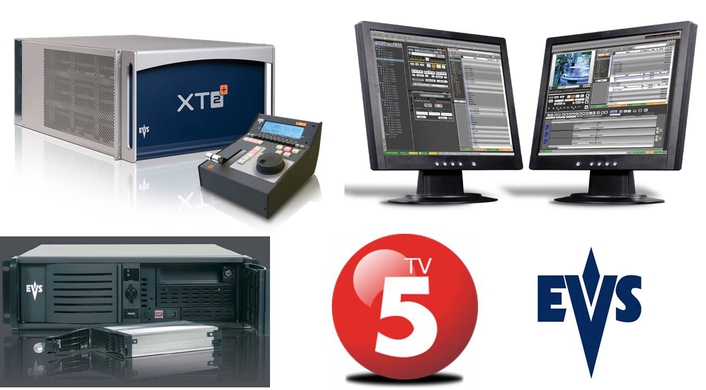 TV5 was previously known as ABC, the Philippines’ Associated Broadcasting Company. The Philippines’ Broadcaster produces and lines up a wide variety of programs including news, games and reality shows, as well as sports. TV5 intended to increase their HD OB live production capabilities, then in 2010 it launched an integration project of two new, fully-equipped HD OB units sold through EVS’ trusted distributor in the Philippines, WAM Pacific, and managed by the local SI company, Solid.

One of TV5’s key requirements in selecting a production server manufacturer was the guarantee for top ranking reliability with full flexibility allowing them to use the systems in multiple configurations as well as their studio operations. EVS was the only solution on the market to perfectly meet all these requirements.

Each OB facility is equipped with one HD XT2 servers, configured in LSM mode for live editing and slow motion operations, and another HD XT2 configured in SpotBox mode for third-party control. An IPDirector is installed in each OB van for content management, as well as an XF2 removable storage for the backup of clips and key sequences. In total, 10 HD channels are available in each OB van.

The 6-channel HD XT2 servers, along with IPDirector and XF2 storage platform installed in each OB unit, are intended to be mobile and be used for studio production operations so that many TV5 HD live shows can be produced in an EVS tapeless environment.